During the previous economic expansion from 2008 to 2019, the housing market was subject to the constant refrain of build more homes. Building more homes, it was said, would solve all sorts of social problems, from making homeownership more affordable to ending homelessness.

Today we are perhaps less prone to believing that a glut of new homes is the panacea society is waiting for, but the siren call to build more homes continues to be broadcast by a host of housing pundits and social do-gooders.

The problem with this scenario is that social do-gooders don’t build homes; builders build houses, and they build homes for money, not to cure societal ills.

The previous economic expansion from 2008 to 2019 was the weakest housing recovery ever. Why? Because that period followed a housing boom and bust when inventory was overbuilt. We first had to whittle down the excess inventory and get our financial house in order (i.e., make corrections to the misguided lending standards) to have a stable, growing housing market once again — and this took time. Not to mention, demographics were more favorable for renting during some of those years.

Because we were in recovery mode from this drag on our growth, I often said that housing starts wouldn’t start a year at 1.5 million until 2020-2024. We still have not seen housing starts begin the year at the level. We ended 2020 with just 1,380,000 starts. Even in the years 2020 to 2024, however, which are very favorable for housing, I don’t see a credit sales boom or construction boom brewing in the current data — nor do I expect to see either of these shortly.

First, new home sales declined 82% from the peak during the housing bubble years. The credit boom (the spike in mortgage originations) we saw from 2002 to 2005 couldn’t be sustained. Mortgage originations, along with sales, underwent an epic crash.

New home sales are nowhere near what they were at the housing bubble’s peak, and neither is mortgage demand. From 2020 to 2024, we will have demand to replace buyers leaving the housing market, but no credit boom like we saw from 2002 to 2005.

Since there is no credit boom, which typically happens with speculation debt demand, all the buyers in the new homes sales market are “legit” or, in other words, well-positioned financially to own the debt. These are not speculation buyers hoping to flip. These are primary homebuyers who want to live in their homes and build their lives there. 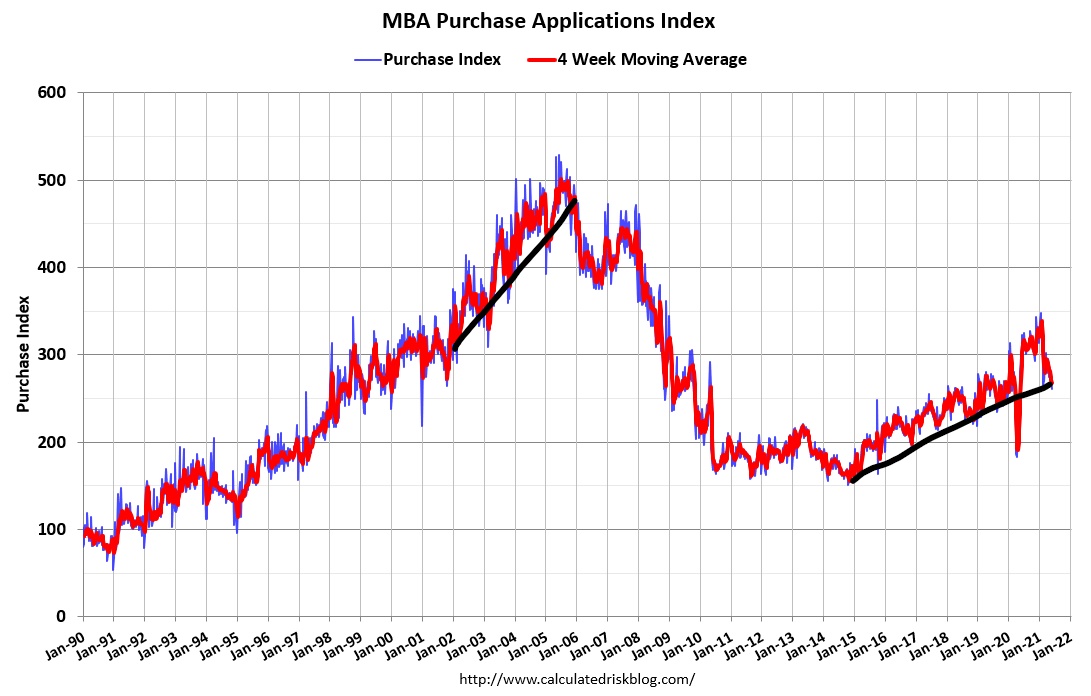 When new home sales eventually bottomed following the housing market boom and bust of the mid-2000s, many folks were surprised by what happened next. We didn’t have a booming housing recovery from 2008 to 2019, but instead, we had the weakest new home sales growth ever. Sales missed estimates in 2013, 2014, and 2015, and this was before mortgage rates went up. Then in 2018, when mortgage rates went to 5%, the new home supply spiked to over 6.5 months.

By February of 2020, though, things got a lot better for the housing market. New home sales, existing home sales and housing starts broke out. Then everything shut down due to COVID, and the market took a six-week pause. But it was just a pause, and after six weeks, the market went into overdrive to make up for the lost demand.

In 2020-2021, mother demographics gave homebuilders the boost in demand they needed, and the monthly supply for new homes fell below 4.3 months, something that didn’t happen in the previous expansion with the high level of sales.

Even with the rise in lumber prices and increased expenses in other areas, builders could pass along those costs because demand was good. The builders’ margins remain impressive even during this period of increased building costs. The median sales price for new homes stayed in check for a while because the builders provided some smaller homes into the sales mix, so all is good for now while interest rates are low. It remains to be seen how this housing market will be affected by rising mortgage rates after the run-up in the median sales price. 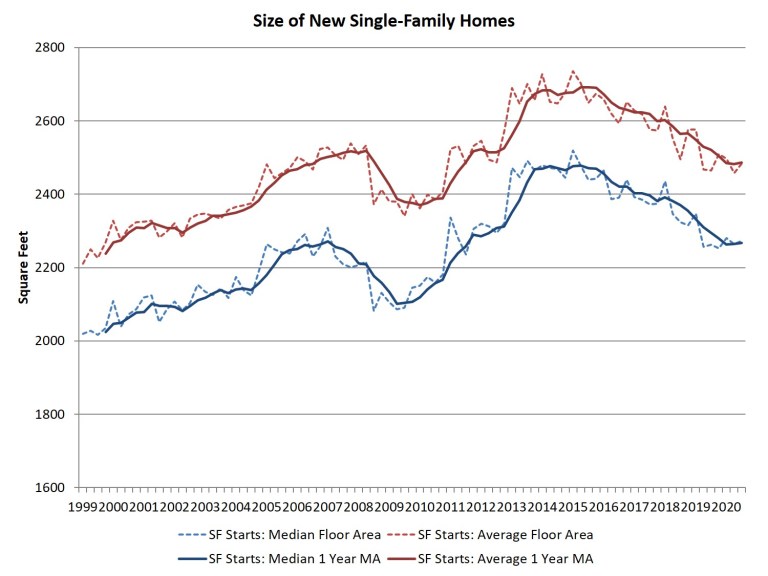 If buyers revert to looking for bigger homes, for whatever reasons, then the median sales price has legs to move up higher. I hope this doesn’t happen, but the housing market doesn’t concern itself with my hopes — all that matters is sales are happening, and the builders are making money!

This link from Fred shows the breakdown of prices for homes sold in America.

Even though we will have steady demand going forward for the next several years, that should keep total home sales (both new and existing home sales combined) over 6.2 million, we will not see the construction boom so many have hoped for.

Unless the government steps in to build when new home sales demand gets soft, we will not add homes to the builders’ demand algorithm. Builders have learned to tightly control inventory by retreating from construction when demand becomes slack. Building more homes is bad business during weaker times.

Inventory in the existing home sales market also can affect the builder algorithm. We have built many homes over the decades, and these homes don’t go to the grave when their owners die. The existing home sales market is usually considered the behemoth competitor for the new home market. Still, when inventory is low in this market, some demand goes to the new home market. 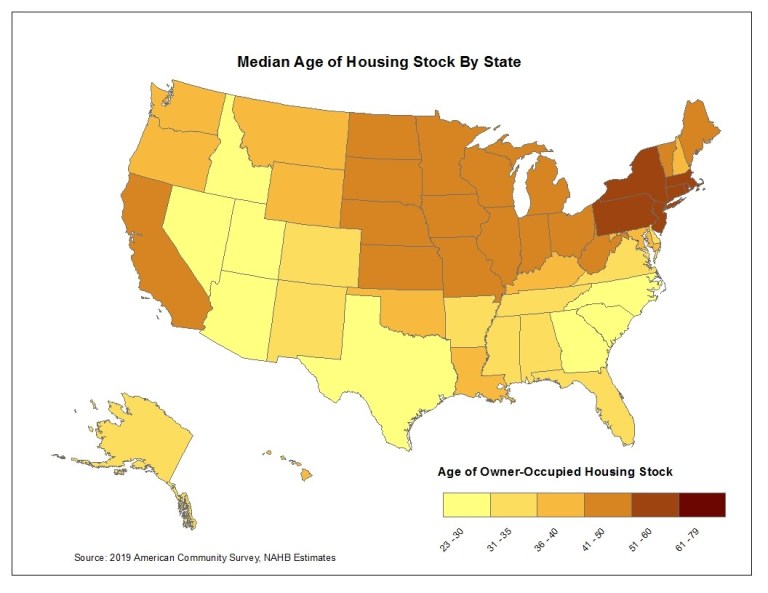 In 2020-2021, the builders benefited from the low inventory of the existing home sales marketplace. Wealthier would-be buyers escape the hunger games bidding wars of the existing home market by purchasing new homes instead. Even when new home prices are up, more affluent homebuyers are willing to pay the price for shelter. Remember, a home purchase is not like the purchase of AMC stock. It is a home to live in for a long time. Housing is the cost of the shelter to your capacity to own the debt, not an investment.

When making guesses about what will happen in the new home sales market going forward, my best advice is to keep it simple. We will continue to see more construction, excluding any government funding provided for affordable housing.

For now, the monthly supply for new homes using a three-month average is barely under 4.3 months. When the monthly supply gets to 4.4  to  6.4 months, builders will be mindful of production. We will need new home sales to grow to make them feel comfortable about expanding because we are no longer working from the low bar in the new home sales market or housing starts like we did from 2008-2019.

Once inventory goes above 6.5 months, construction will cool down noticeably. It’s all a process that is obvious when you look at the right data lines. Life for the builders has been good with mortgage rates at 3%. When mortgage rates go over 4%, life might not look so cheery. We know this because the last time mortgage rates hit 5%, we had a supply spike, and the builders’ stock felt this being down more than 25% from their recent peaks.

We are far from those levels today, but this is something to keep in mind when housing market conditions change.

The builders have added a lot of cost to the recent homes they sold because they can. We shall see how long that lasts. We won’t see the construction boom that people want because the builders are here to make money; they’re not here to fix the low inventory issues of the existing home sales market, which is their main rival for demand.

This is why I have stressed before if you want a construction boom, the federal government will need to step in with deficit financing. Until then, I am afraid the people who said we need to build more homes in 2005, 2015, 2025, and 2035 will be singing the same tune in the afterlife.