The June housing starts data beat estimates with positive revisions, however, this doesn’t change the housing market recession call that I made last month. Knowing that the housing cycle was at risk back in March of this year when the 10-year yield broke above 1.94%, I was mindful of when I was going to raise the fifth recession red flag. That happened in June after the May housing starts data came out.

The headline numbers on today’s housing starts data looks OK, but the reality is different. That reality can be seen more clearly by looking at the homebuilder’s sentiment index, which collapsed yesterday.

I believe the builder’s survey data is the best in America when tied to economic expansions and recessions. Its quality is good because it’s driven by profit rather than ideological takes, which distinguishes it from other surveys. The smart thing to do is go with the builder sentiment trend until it reverses, and most likely, we will need to see lower mortgage rates for that to happen.

From the National Association of Home Builders:

Looking at the housing starts report, the numbers came in slightly better than anticipated, driven by multifamily construction. Also, the previous reports were revised higher. If mortgage rates were still below 4%, we would be discussing this report differently, but they aren’t, so the context of my discussion is more forward-looking with the recession red flag raised last month.

The housing permit data doesn’t look terrible. Still, it’s backward-looking and the growth in multifamily construction, which we desperately need to cool down rental inflation, has recently been positive. This is a plus for rental supply, however, single-family construction is about to cool down in response to higher rates.

There’s a similar trend with the housing starts data: it doesn’t look terrible, but it’s also backward-looking. As you can see below, we never got back to the peak of the housing bubble years when single-family starts growth was driven by credit demand, which wasn’t sustainable.

Since new home sales are still historically low and rental demand is still in place, we aren’t having the collapse in this data line as we did in 2006. However, it will get weaker in the upcoming months. With demand falling, the need for construction labor to build single-family homes will be an economic risk.

The housing completion data has been the most frustrating data line we have dealt with for years. Some buyers had to wait forever before they could lock in their rate, meaning they didn’t qualify for their homes as rates moved up so fast. This was a risk to the homebuilders as cancelation rates started to increase and you can understand why their mood changed as rates went higher.

New home sales are coming up next week, and the one key thing to remember here is that new home sales are currently low by historical standards. We never saw the credit sales boom as we did from 2002-2005, so the builders themselves are in a better position to manage their future. We won’t see a sales decline in scale terms as we had from 2005-2008 since we simply have never had that type of sales and credit demand. We are already below the 2000 recession levels and back to 1996 levels today.

This is also similar to the purchase application data, since we never had a credit boom in housing as we saw from 2002-2005. This data line is already below 2008 levels currently. As you can see, the entire housing marketplace is much different from what we experienced in 2008. 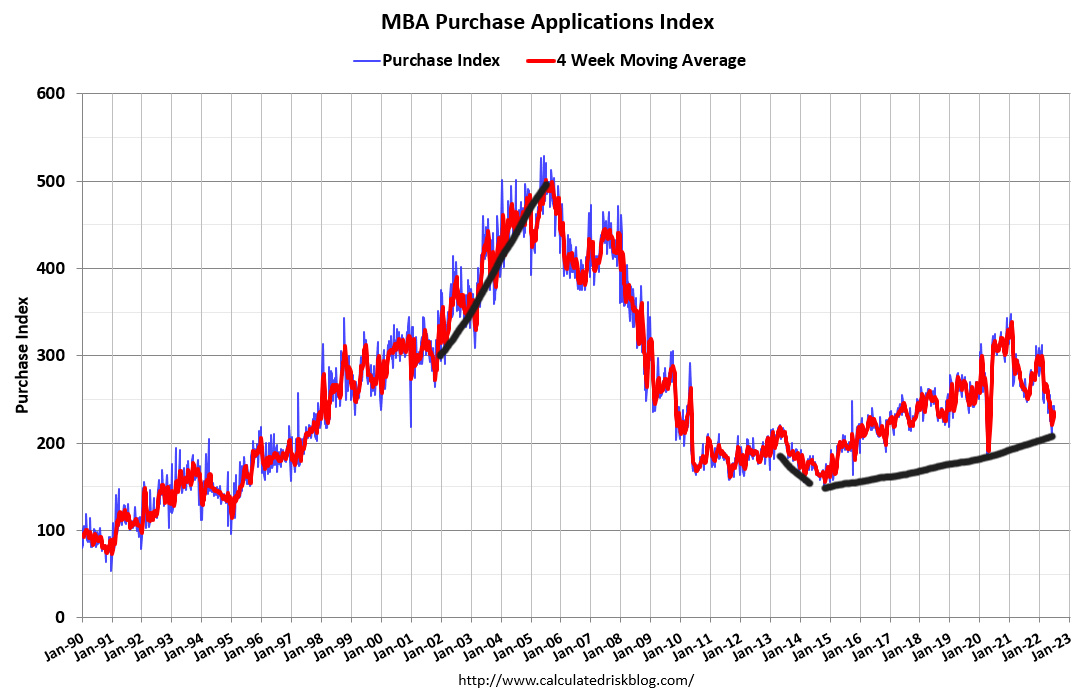 To recap, the housing starts report wasn’t terrible, but it’s backward-looking. The slowdown in single-family construction is noticeable now that mortgage rates have risen. If mortgage rates fall, we might have a different conversation, but not yet, with the 10-year yield at 2.99%. Look for the builders to offer incentives for their products to ensure they sell their houses.

I’m looking for single-family starts to slow down as demand for new homes stays soft. However, the more interesting aspect will be what happens with multifamily construction because the demand for rent has been solid. Higher mortgage rates will keep more renters in place, and rental deflation collapses aren’t the norm as most people are always working and needing shelter. 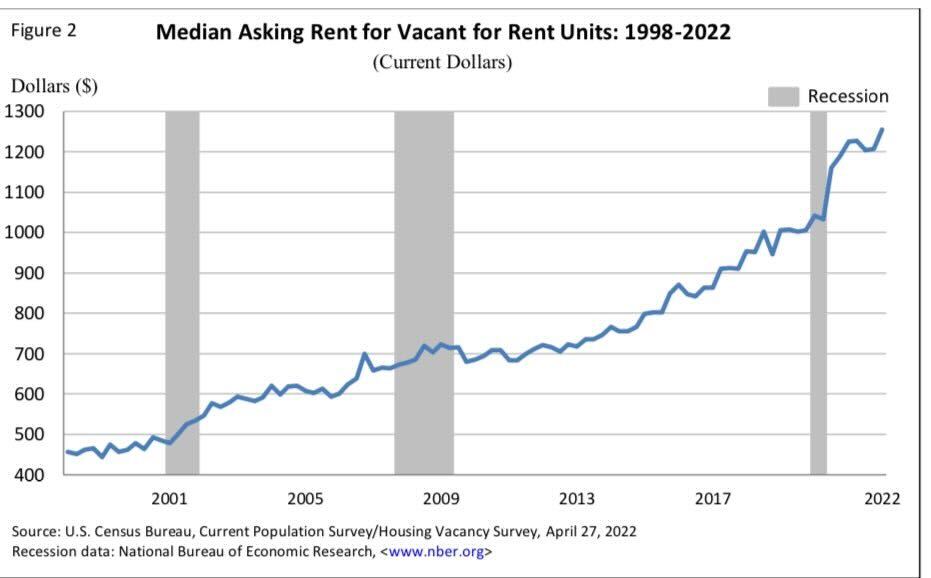 However, we can all agree that the housing market materially changed in March once the 10-year yield broke over 1.94% with duration. Higher rates are just one variable here, but the real issue with housing has always been the massive home-price gains we have seen since 2020, especially in the new home sales sector.

One might even say this housing market is still savagely unhealthy.