The key to the U.S. getting back on track economically is for its citizens to freely walk the earth again without the existential threat of COVID-19. The U.S. is getting closer and closer to meeting that goal, while other countries are still trying to control the virus. Before the successful vaccination program, I targeted Aug. 31, 2021, as the launching point for when we can fully achieve this, with the mindset that all jobs lost to COVID would be back online by September 2022 or earlier. Despite the last sub-par jobs report, we are currently on track to satisfy that prediction as we should be able to walk the earth freely before the end of August. This is the furthest thing from a housing crash that we could expect.

In the previous expansion, which was the longest economic and job expansion in history, the  all-time high for job openings was 7,574,000. Today we have roughly 7,367,000 job openings and that number should get to 10 million by the end of this new expansion. As you can see with the chart below, not only has the housing data performed much better during this crisis, but job openings are roughly 5.5 million higher today than the worst levels of the great financial crisis.

We do have a pathway to get back to the employment numbers we had in February 2020 prior to COVID-19, but until that happens (September 2022 or earlier) don’t expect the Federal Reserve to hike the federal funds rate anytime soon. We will most likely need to see the employment to population ratio for prime-age workers get back to 80% before that happens. That metric is currently at 76.9% and tends to be sticky.

Last week, I wrote about some milestones to look for to make educated guesses as to when the Federal Reserve will make its first Fed rate hike. We haven’t seen any of those hints yet so we have some time before this happens.

With the second wave of jobs coming on line up until September 2022, we can expect more homeowners to get off this historically successful program.

When we look back on the economic history of the United States, the bah-humbug, housing bears will be known as having the worst record in history for making predictions on the housing market during the COVID-19 crisis, specifically calling for a housing crash. Over the years, I have taken shots at the housing bubble boys as being less than expert when it comes to predictions about the U.S. economy in general and the housing market in particular.

But these folks doubled down on their faulty predictions during the COVID crisis, hoping to capitalize on people’s fears and uncertainty. One hundred years from now, when historians look back at this period, I hope these grifters get the recognition they deserve. My polite term for them is the forbearance crash bros. Of course, housing didn’t crash last year. Instead, U.S. housing was the most outperforming economic sector in the world.

To predict a housing bubble crash of the most successful sector takes trolling to the level of the Joker and Harley Quinn. You just don’t see that in real life — except that we did. Instead of admitting their errors, the housing crash cult aficionados just moved the goal post from 2020 to 2021. But that isn’t going to work out for them either: Housing demand for 2021 is stable. My work is about stable replacement demographic built-in demand in the years 2020-2024.

Home prices, on the other hand, are rising too fast. When you have the best housing demographics ever recorded in U.S. history in the years 2020-2024 and the lowest mortgage rates ever recorded in history, then the notion that housing demand will collapse is, in a word, ridiculous. Along with stable demand, the financial balance sheets of our current homeowners are solid. But hey, in America, trash sells, no matter how unbelievable.

So we have demand, what about housing starts? Do we need to worry about having workers for construction, particularly for residential buildings? We have created many more homes in the previous decades with fewer construction workers so, the labor is there to find workers for residential building. I don’t buy into the idea we can’t build homes due to lack of labor. However, paying for this labor could be a problem for the builders.

Mature economies don’t typically have construction booms like they did when they were younger. In the case of the U.S., it is also more expensive to build now than it was in the construction boom eras of the 70s, 80s and 90s.  In today’s market it’s going to be expensive to be aggressive in hiring labor, and purchase supplies like lumber. For now, the monthly supply of new homes is low enough for builders to still have confidence to continue building. but rates won’t stay this low forever. Once mortgage rates get higher than 3.75%, we will need to watch for builder confidence to slip.

For 2021 and going forward in the short term, the job market will be fine. I am still looking to get all the jobs back lost to COVID-19 by September 2022 or earlier. Forbearance data should get better over time. However, the housing construction sector looks like it can be running into cost pressures in the future especially when rates rise, so I will keep an eye on builder confidence going forward. 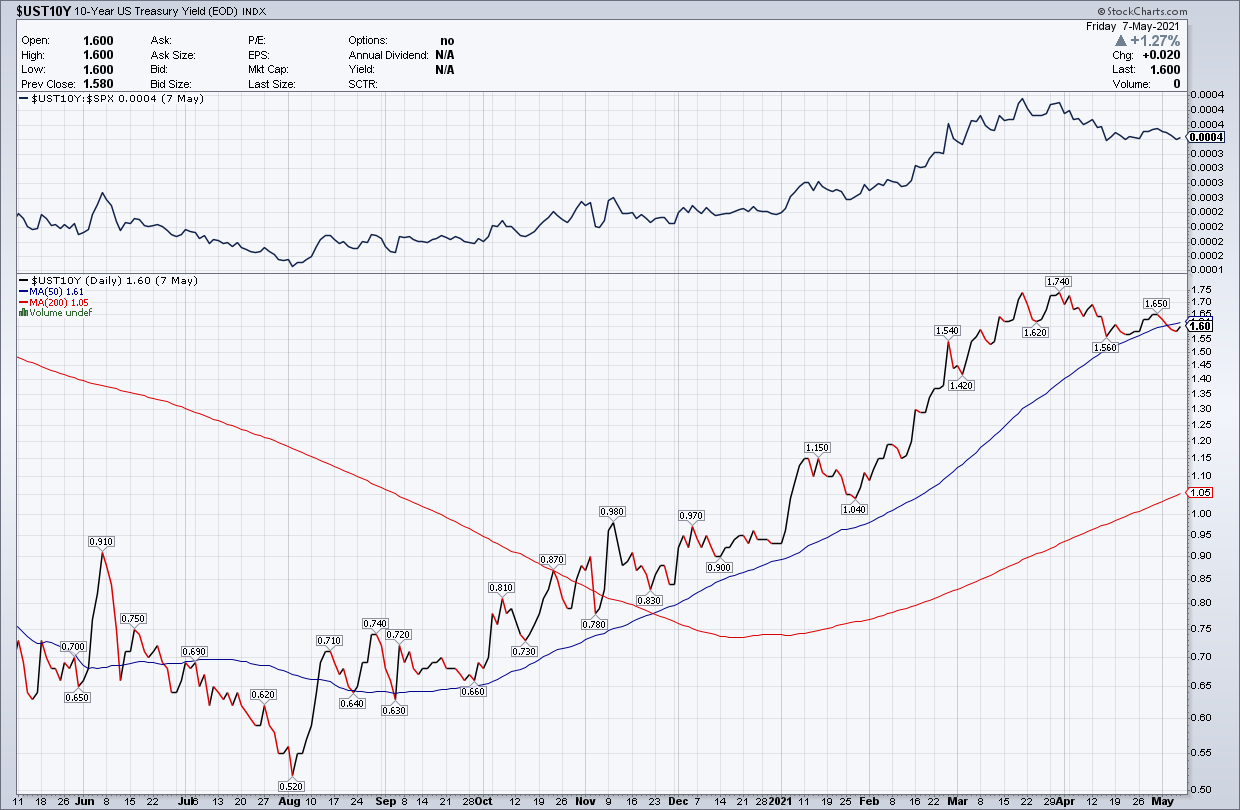