Despite the general narrative surrounding the Millennial generation and home buying (that they would rather rent because they don’t want to be tied down by a mortgage), Millennials have officially entered the housing market, with recent data showing that Millennials were responsible for more new mortgages in 2018 than any another generation.

Generation Z is who’s next, and there’s good news for the housing economy on that front, because new data from TransUnion shows that home buying among Gen Z is skyrocketing.

A new report from Transunion shows that the number of Gen Z consumers, categorized as those born in 1995 and after, who took out a mortgage more than doubled in one year.

The report shows that 14 million Gen Z consumers were carrying a credit balance of some kind in the second quarter of this year. That’s an increase of three million from the previous year.

Broken down by category, there were 4,376,000 Gen Z borrowers with an auto loan in the second quarter of this year, compared to 3,072,000 borrowers in the same period the year before, an increase of 42%.

And on the positive side for the financial services industry, the population of Gen Z borrowers will only continue to grow.

According to the report, the number of Gen Z consumers who were credit eligible (meaning they were 18 years or older) increased by 4.5 million in the last year, increasing to 31.5 million in the second quarter 2019.

The report shows that over the next three years, it is anticipated that another 13 million Gen Z consumers will become credit eligible.

“Both the newest and oldest members of the credit-eligible Gen Z generation are beginning to enter the credit market for the very first time,” said Matt Komos, vice president of research and consulting at TransUnion.

“The rapid growth in Gen Z credit activity is occurring despite many of these individuals having grown up during the Great Recession. Though the recession itself lasted less than two years, its impact was felt for several years afterward,” Komos added. “As we see more members of this group come of age, we naturally expect continued growth in credit activity by Gen Z, which we will monitor closely to compare to the behaviors of previous generations.”

And circling back to mortgages, the report notes that while the current number of Gen Z mortgage originations is much smaller than older generations, the oldest members of Gen Z will reach traditional home buying age in the next few years.

“From a generational perspective, Gen Z consumers accounted for 2% of total originations,” the report said. “Gen Z may soon account for a larger share of mortgage loan growth, however, as the median age of home buyers is 28 and the oldest individuals in this generation are currently 24.”

Interestingly, the report also notes (as shown in the graphic below) that Gen Z and Millennials were the only demographics that saw an increase in mortgages in the last year. Gen X was flat, while Baby Boomers and the Silent Generation both saw their number of mortgages fall in the last year. 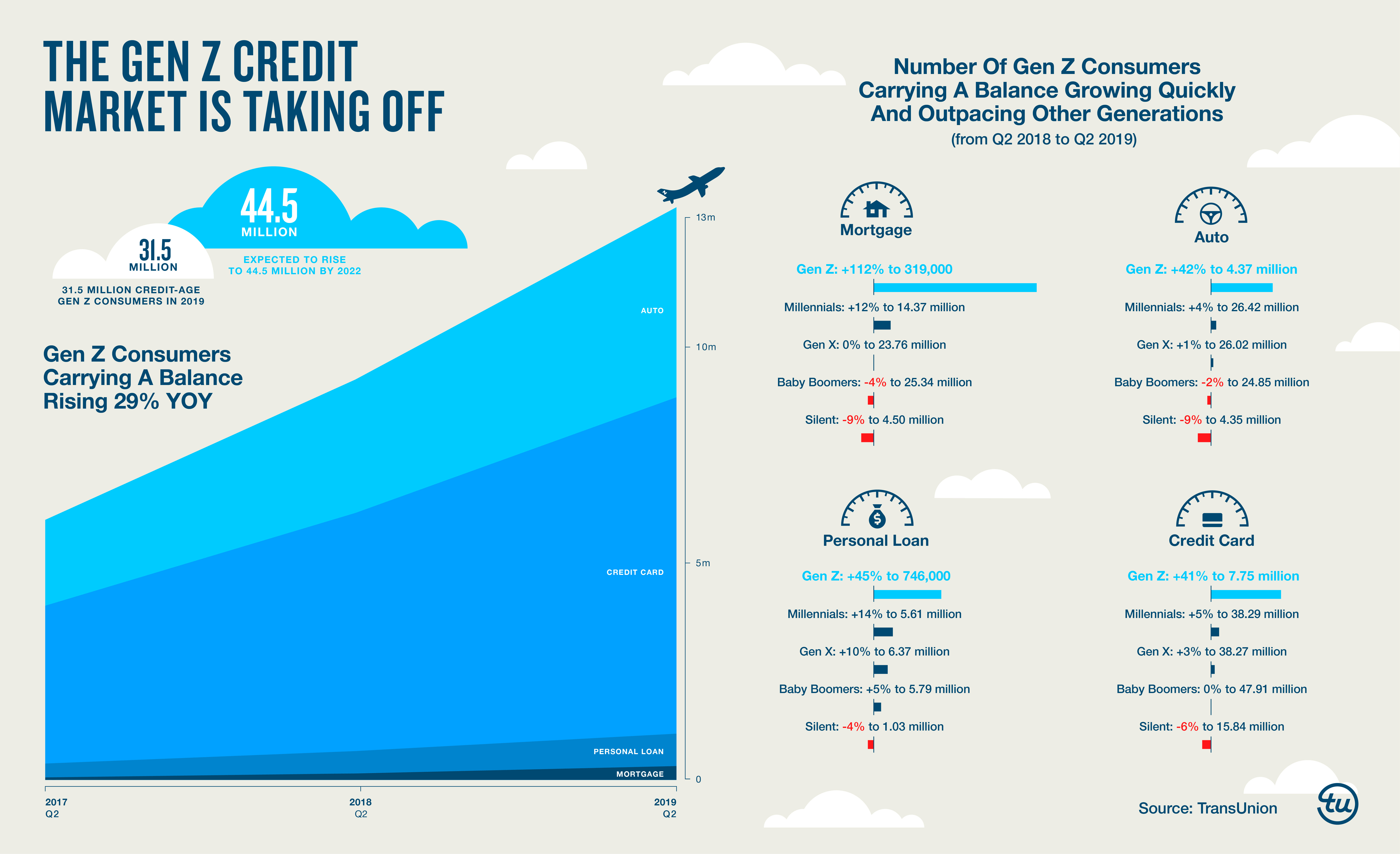