Real estate technology company Reali announced Tuesday a second generation of their its app, supporting an end-to-end journey for homebuyers. This is the first time the company has updated the app since its origination in 2016.

That's not to say the company has been idle. In 2017, Reali raised $5 million and announced an expansion into the San Francisco Bay area. One year later, Reali offered one of the nation’s smallest transaction fees in one of the nation’s most expensive real estate markets, and announced the rollout of a new program that will help certain California buyers and sellers buy or sell their home for only $950.

And now, in the summer of 2019, Reali is providing app users with an updated real estate experience. In addition to aiding homebuyers, the app will also give insight to real estate agents, helping them efficiently complete their work on behalf of their clients with the help of technology and back-end proprietary software.

"Reali customers have told us they love the transparency we bring to the home-buying process in a way that makes it feel less stressful, with 29% of customers choosing to work with Reali because of the convenience of our mobile app," said Stacy Hoover, Reali's head of product. "The new app improvements will only better the experience as we break down one of the most stressful events in modern life: buying a home."

With its IdeaStaging technology, Reali can virtually stage a home to show buyers its full potential. Sellers get real-time updates on how their home is performing, and buyers have access to a robust home buying experience. 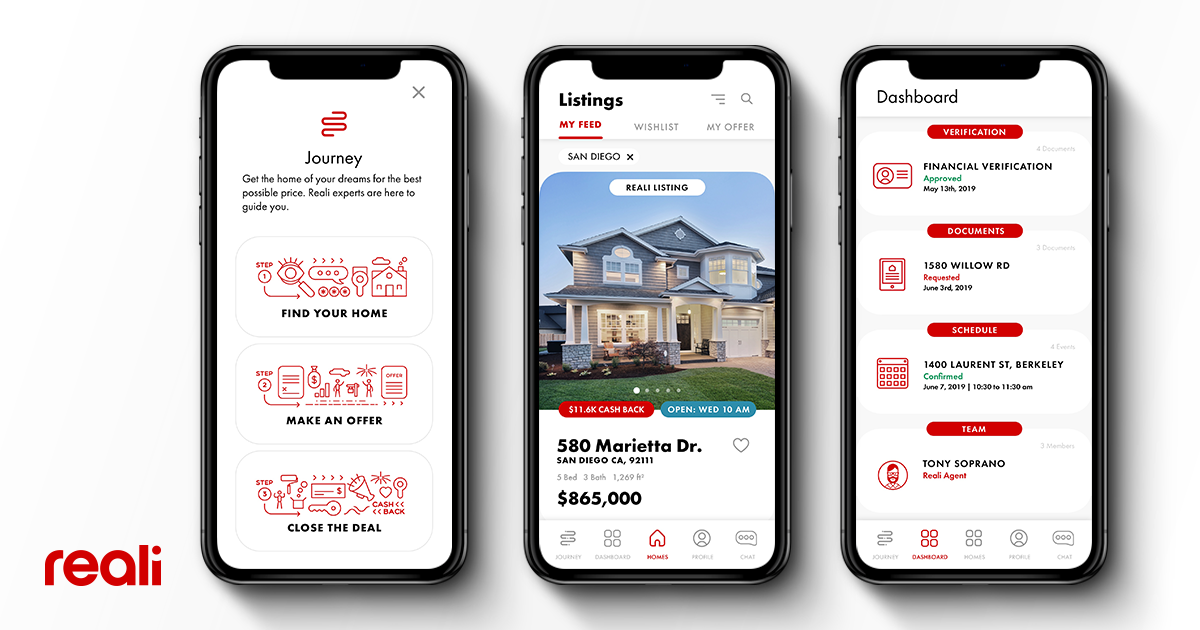 "We want to provide our customers with the best experience in real estate," said Amit Haller, Reali CEO. "The new Reali app is a milestone for our company. We've significantly improved the experience for buyers, but we've also streamlined the workflow for our agents and back office team – it's more efficient for everyone. The best part: We're supporting our customers through their preferred communication channels with the app and chat so they feel more confident and have real-time visibility."

Agents can also be contacted in-app or by phone.

Additional features for sellers are expected to launch later this year.

Here are the other key features included in the new app, according to the company: