The nationwide average to save for a 20% down payment for a median-priced home on a median income is now 14 years, according to Unison’s Home Affordability Report.

For average-earning Millennials, that means homeownership may not be attainable until they are well into their 40s.

In the least affordable cities, the average time to save for 20% down was 30 years or more.

Los Angeles won top billing for the toughest major metro to buy into at an alarming 43 years.

Interestingly, the most difficult place to buy a home is in a ski resort town in the San Juan Mountains near Telluride. In Mountain Village, Colorado – where Oprah and Ariana Grande own homes – it would take the average earner 95 years, or until 2113, to buy a home with 20% down.

Here is a map of the average years it takes to save for a down payment in leading U.S. cities:
(Image courtesy of Unison; click to enlarge.) 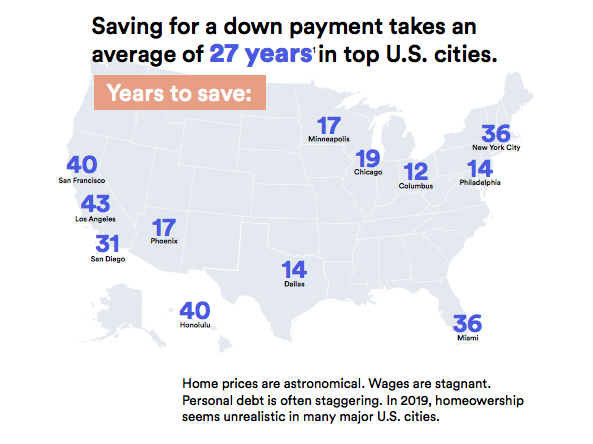 Unison’s report also tallies average mortgage payments across the U.S., noting that the monthly payment on a median-priced home grew twice as fast as incomes in the past year.

And, in several cities, which the report labels “boomtowns,” thriving economies have made it suddenly more expensive to afford a home. Cities where monthly mortgage payments are way up are Miami (26%), Las Vegas (24%), Phoenix (20%), and Tampa (17%).

Conversely, there are cities where buying a home is much more affordable, like Indianapolis; Louisville, Kentucky; Kansas City, Missouri; and Columbus, Ohio, where it takes 12 years to save for a down payment. At just seven years, Detroit tops the list of most affordable, followed by Wichita, Kansas, at 11 years.

“The way things are going, an entire generation of Americans may be approaching retirement before they can securely own a home or be forced to take on more risk than they can reasonably afford in order to realize their dream of homeownership,” said Unison CEO Thomas Sponholtz. “This is a societal and economic problem that impacts all income levels and can only be addressed through massive infrastructure investments and rapid adoption of smarter and safer non-debt-based finance and homeownership solutions.”

Unison, a homeownership investment company, seeks to solve the affordability problem by offering homebuyers cash to supplement a down payment in exchange for a chance to share in their home’s appreciation.

“Home co-investing is a non-debt alternative that should have always been available to homebuyers and homeowners at all income and home price levels,” Sponholtz added. “It enables people to buy their home in balance with their financial reality, risk tolerance, and life goals.” 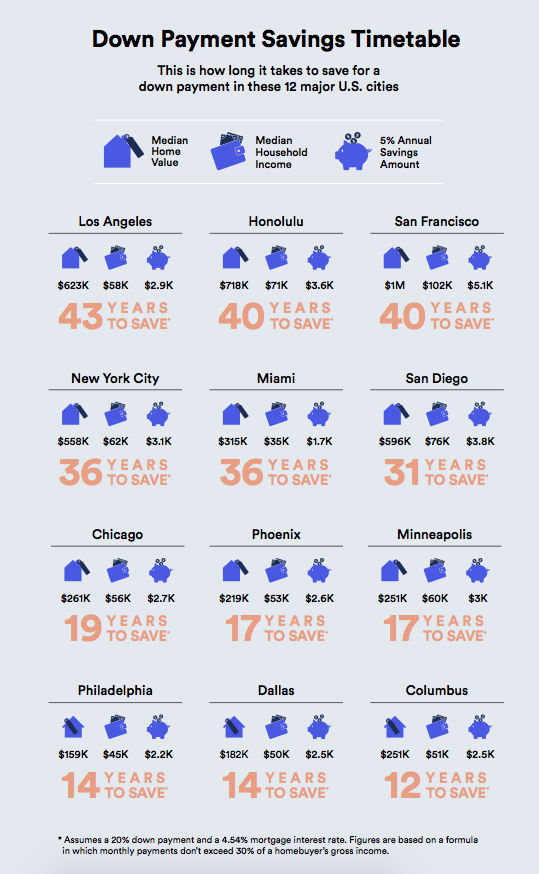 The number of private-label RMBS offerings in January has climbed to 19, and we still have a week to go before the month is out.