Venture capitalists are investing hundreds of millions of dollars in the iBuyer business model. I thought it would be interesting to see what they are doing in my local market of Dallas-Fort Worth.

As of March 31, 2019, a search of MLS activity for Opendoor, Knock, Offerpad, Zillow Instant Offers, Redfin Now, and cataLIST revealed Opendoor was the most active, and so I’ve selected this particular company as the best representative of the iBuyer concept in our market.

DFW was one of the nation’s hottest sellers’ markets in 2018 and named the best housing market in America by several outlets, but now this market is showing signs that its seller’s advantage may be cooling.

Now the question is: How will iBuyers perform in a more balanced market? And, can they still thrive if the market were to skew toward buyers?

Selling homes in a seller’s market is not difficult. But when the market turns and buyers gain the upper hand, will the iBuyer concept survive?

From the early 1990s through 2005, I operated a company with an early version of the iBuyer concept. It was a Guaranteed Buy Out (GBO) for families buying new homes. My company offered to buy a family’s existing home if they couldn’t sell it before they had to close on the new home. The homebuilder paid us a fee.

All was well for years; most of the buy-out homes sold before my company was required to buy them. My company did well and bought an average of two homes a month and collected our GBO fees from the homebuilders. 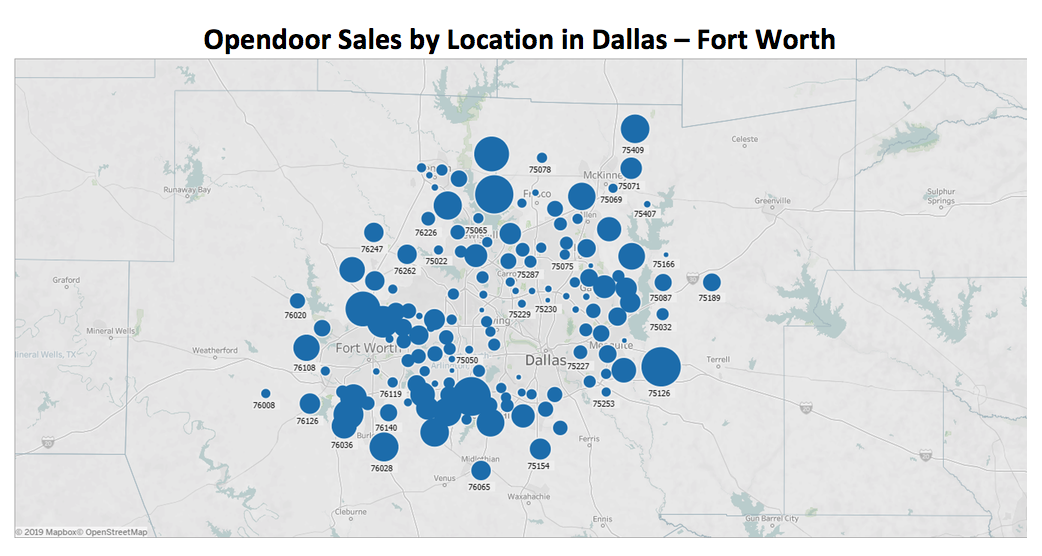 But in July 2006, the market began to soften, and we had to buy 34 homes that month. Over the next two years, we topped out owning 254 homes. That’s not a lot if you if you have iBuyer money, but I didn’t, and I had to scramble.

At the time there were about a half dozen competitors, all of which during the next 12 to 15 months filed for bankruptcy or left town in the middle of the night. If I had not had a strong hands-on business plan, our company would not have survived either. But it did, and I still hold 61 of those homes for investment purposes.

Fast-forward to 2018: Opendoor’s sales rate has accelerated nicely, closing 1,626 homes in the most recent 12 months, including 247 closings in March 2019 and 206 homes listed for sale as of March 31, 2019. (See charts of Opendoor data, created with info from NTREIS; click on each to enlarge.) 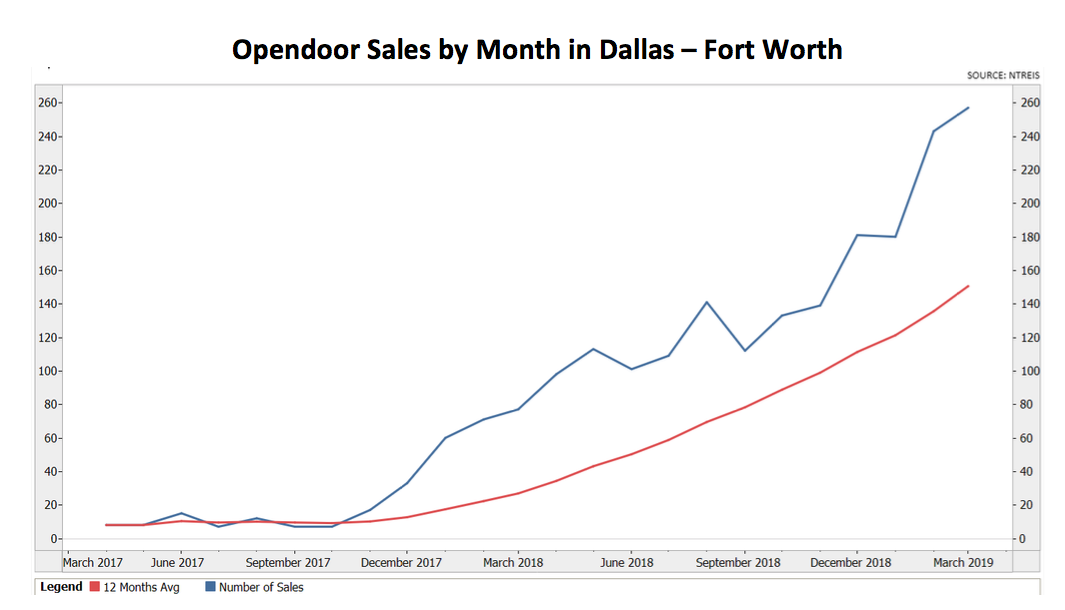 The average days on market for all home sales was substantially lower at 53.36, which is 36.32 days less than Opendoor’s days.

Opendoor’s highest percent of sales price as a percent of list also topped out in June at 99.60, and it has been trending down since, standing at 98.66 on March 31.

This is evidence that the market is slowing, even for Opendoor. 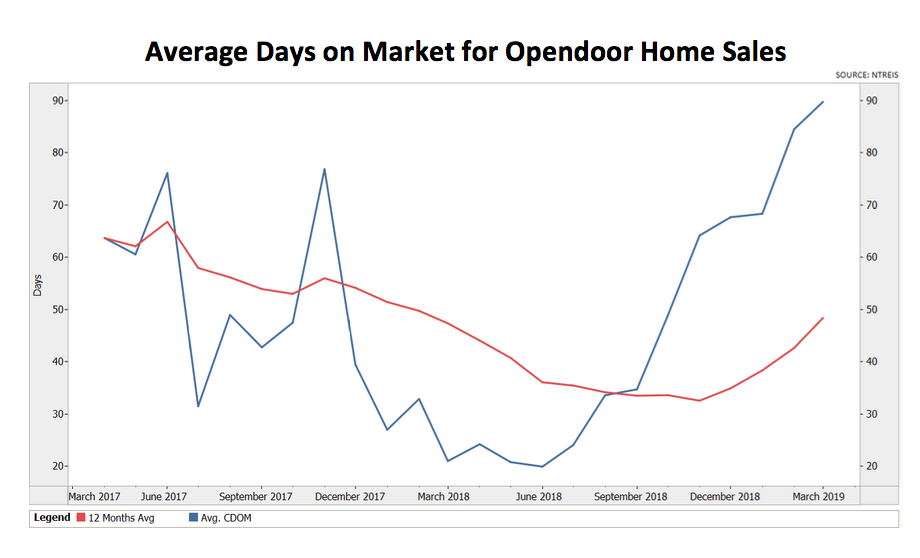 Opendoor’s sales prices reflect the decision to limit acquisitions to $300,000 or below – a wise practice since that price range has the highest demand.

Lessons from the past

In analyzing why my GBO competitors failed in the last market downturn, I concluded the difference was that my competitors relied on commissioned agents who analyzed the home values.

These agents had nothing to lose by fudging values. In fact, they had no vested interest in these homes selling, but they were the ones who also visited the homes and presented the offers. The more deals these agents made, the higher their income.

Even if the company they 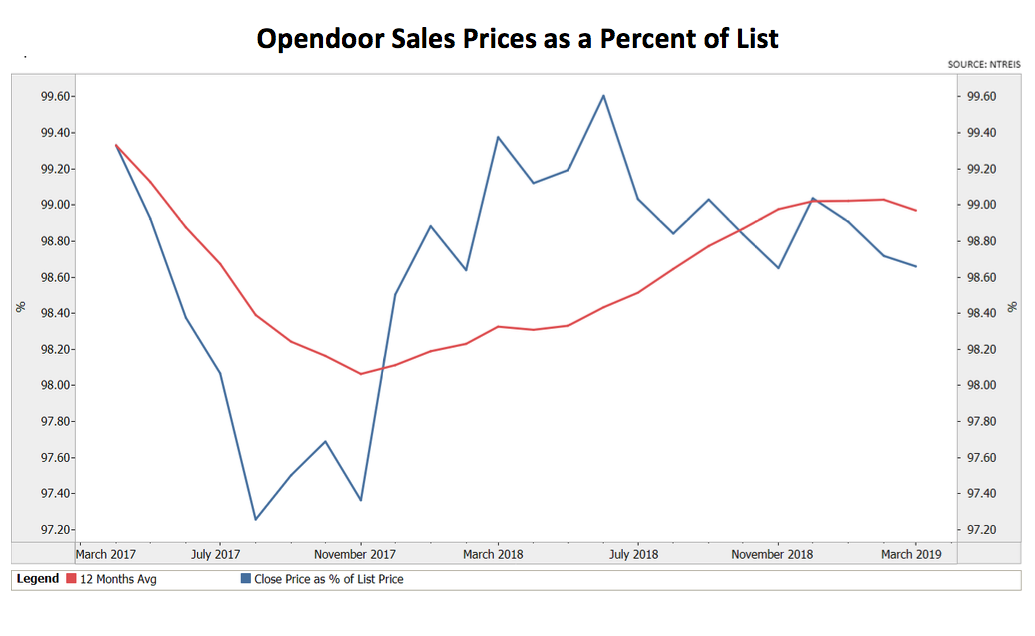 worked for bought the homes, the agents had no personal financial risk. At that time, many of these homes were offloaded to investors anyway. But in 2007 when values stopped rising – and then began moving lower – prices dropped with devastating speed. In 2008, investors disappeared and my competitions’ business model fell apart quickly.

In contrast, my business plan required that I analyze the values, visit every GBO home and make every presentation to the homeowner, after which my very capable staff would take over. Even though our values were more accurate, our offers often came in second. But we didn’t go bankrupt or leave town in the middle of the night.

Mark Twain is credited with saying, “History doesn't repeat itself, but it often rhymes.”

The housing market is cyclical, 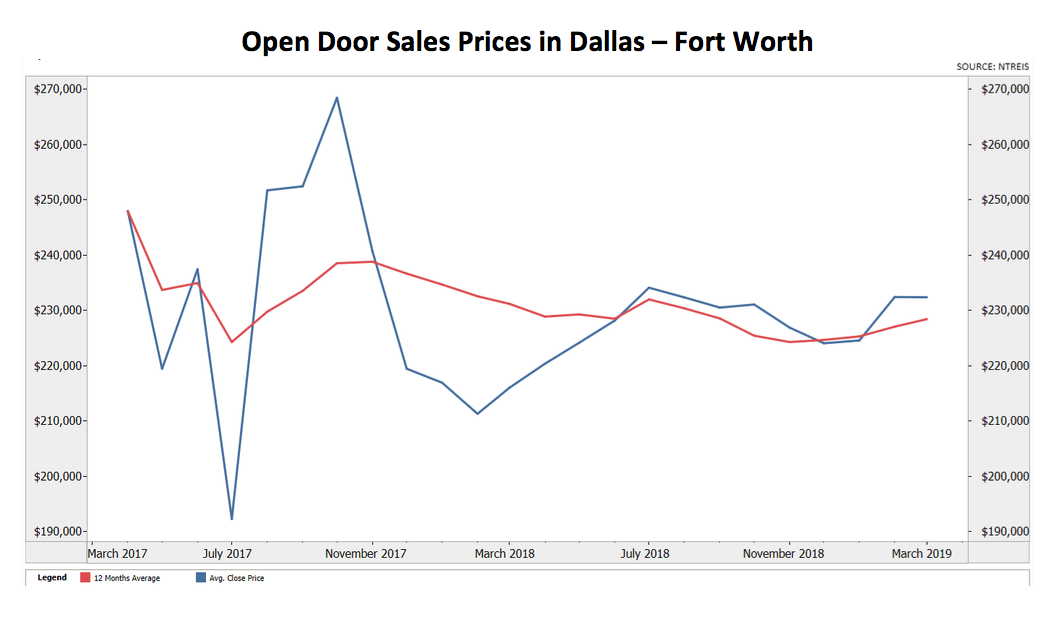 and history shows businesses based on a perpetual seller’s market do not last. Will the iBuyer concept be the exception? Probably not, unless they have a Plan B that hasn’t been disclosed.

Good housing markets are very forgiving, but when they turn, flawed concepts are rapidly and ruthlessly exposed. The iBuyer concept is fresh and exciting, but it remains untested throughout a full market cycle. Its potential success or failure is yet to be determined – and wouldn’t it be ironic if a strong buyer’s market is what sunk iBuyers?