The National Association of Realtors recently made an honest attempt to begin a discourse on the potential impact of climate change on the real estate industry in a recent magazine article, posted in the March/April issue of their member magazine.

In the piece, titled "Climate Change: We Don’t Have 50 Years to Wait," author Craig Foley introduces himself as the 2019 chair of the National Association of Realtors' Sustainability Advisory Group.

However, when NAR push-posted the article this weekend on Facebook, that attempt took a turn for the worst in a post that now appears to have been removed.

Foley wrote in the piece: “In recent weeks, I’ve reached out to dozens of REALTORS to see if our members were experiencing negative effects on their business due to extreme weather events. The responses, by and large, confirmed my resolve to make sustainability a priority for our association. Particularly in coastal areas, members have told me both they and their clients are worried about declining property values and buyer interest. Some agents have left the business after storms ravaged their communities.”

Foley earlier mentioned: “I would like to begin a realistic conversation about climate change within our trade organization.” And he cited this body of work as scientific proof of climate change.

Unfortunately, as NAR now likely realizes, realism and Facebook don’t often go together, because the post soon turned into a group of Realtors sparring over climate change real estate realities in the comments section.

Eventually, NAR tried to calm the masses with a pinned post, further explaining that the trade group was not attempting to approach the political side of the issue (But why not? Aren’t they a major lobby?), but it didn’t help. And before long, well, Facebook went Facebook on the post, which racked up more than 700 comments before it was taken down.

“Climate change is one of the biggest hoaxes ever perpetrated,” commented one agent.

“Not all of us REALTORS are climate deniers,” said another when a potential homeowner chimed in to say they weren’t even going to use a Realtor after reading the Facebook post.

Others took the opportunity to criticize NAR directly: “You use headlines like the media… sensational and misleading.” And this other gem: “They see climate change as a threat to our business? But they couldn’t see the tidal wave that is Zillow?”

Here are those samples, below: 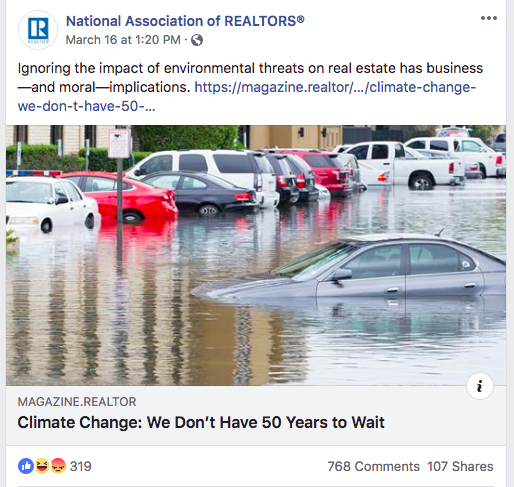 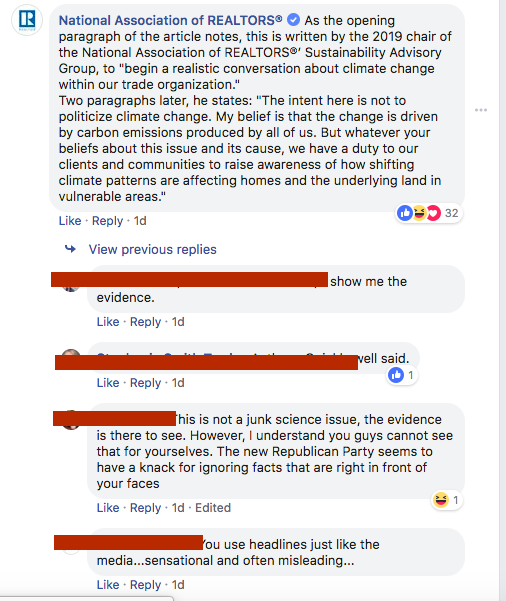 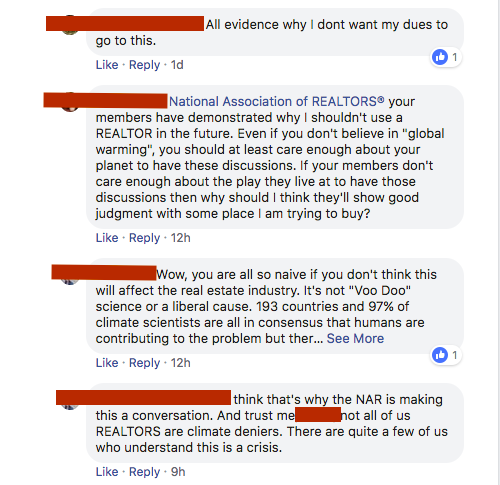 As stated above, the post drew more than 700 comments before it was taken down. But now, the post is gone, and only these screenshots and the vitriol remain.

Flagstar Bank is reducing its footprint in the retail channel and laying off hundreds of staffers, according to laid off employees.