As we’ve now officially crossed over to 2019, we can take a full look back at what happened in the multifamily industry in the year that just passed.

A recent report from HotPads showed U.S. renters paid a record $504.4 billion in rent in 2018, topping 2017’s total by $12.6 billion. But what did rents do on a state-by-state basis? And what about on an apartment-type basis?

A new report from Abodo, an apartment search site, has the answers.

According to Abodo’s report, the national median rent for one-bedroom apartments fell 2.01% over the course of the year, ending the year at $1,025. Rents for two-bedroom apartments hit $1,255 in December, just $1 more than they were in January.

Both one-bedroom and two-bedroom rents showed weakness in the summer, falling to yearly lows in June, before rebounding throughout the rest of the year.

On a state-by-state basis, Abodo’s report shows that rents rose in 29 states (including the District of Columbia) in 2018, while rents fell in 22 states. Rents remained the same in just one state: South Dakota.

According to the report, nearly all states (45, to be exact) saw their monthly average rent fluctuation remain within 2% of the previous year’s value, meaning that the rise or fall wasn’t substantial in most states. 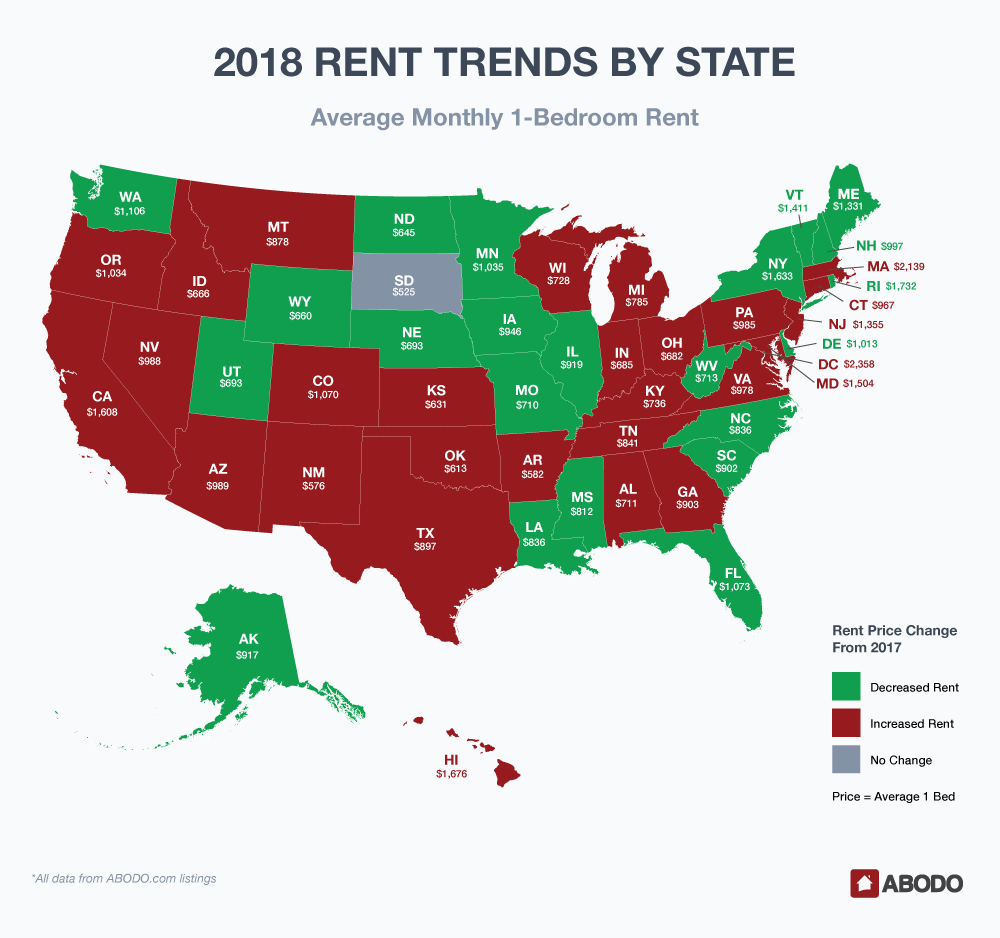 Drilling down a little more, the seven cities with the highest rents all saw their rents increase in 2018. San Francisco is the most expensive rental market in the nation, with its median rent checking in at more than $3,500 per month.

The least expensive rental market is Springfield, Missouri, where the median rent is just $503 per month.

For a full look at the top 10 and bottom 10 cities, click the image below. 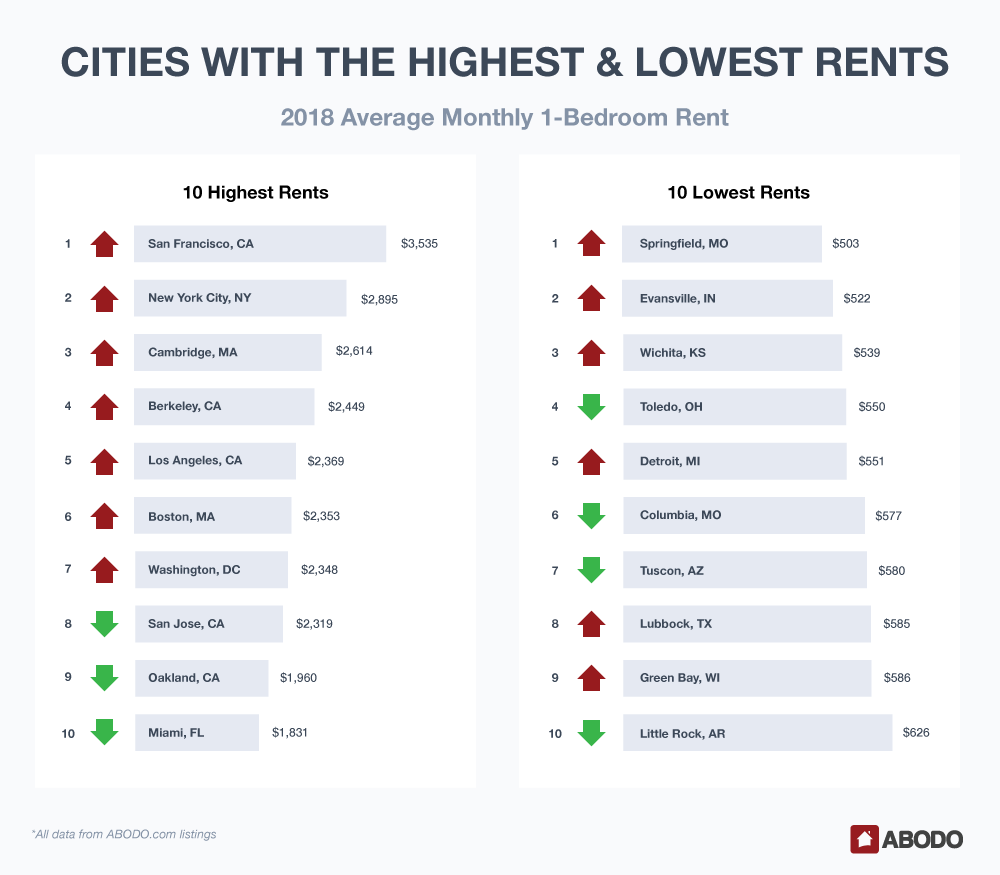