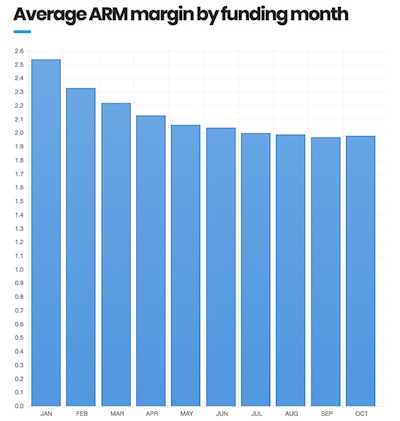 Immediately following those changes, the industry saw margins swing drastically as lenders struggled to find a new balance that would allow them to remain profitable and still be competitive under the new rules.

In July, margins averaged 2.54% before declining steadily, hovering in the 2% range for the last several months.

“We continue to see stabilization around the 2% margin as the market appears to have found its competitive footing,” Ribler said.

Ribler said it’s worth noting that margins have stabilized month over month while the HECM price index has shown more drastic changes. 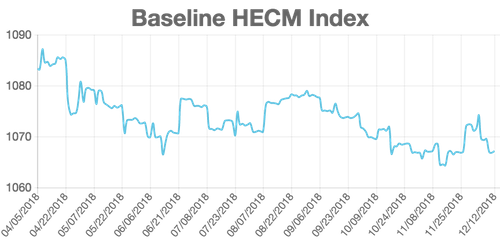 Dan Harder, vice president at 1st Reverse Mortgage USA, said he thinks the industry will retain this margin for the first half of 2019.

“Obviously, margins are predicated on interest rates, so if rates stay where they’re at, I think we're going to be stable here first and maybe even second quarter, right around that 2% margin, with wholesale probably running slightly higher in margin as a business channel versus a retail platform,” Harder said. “I think we can look forward as an industry to having some pretty favorable margins for the first and second quarters.”