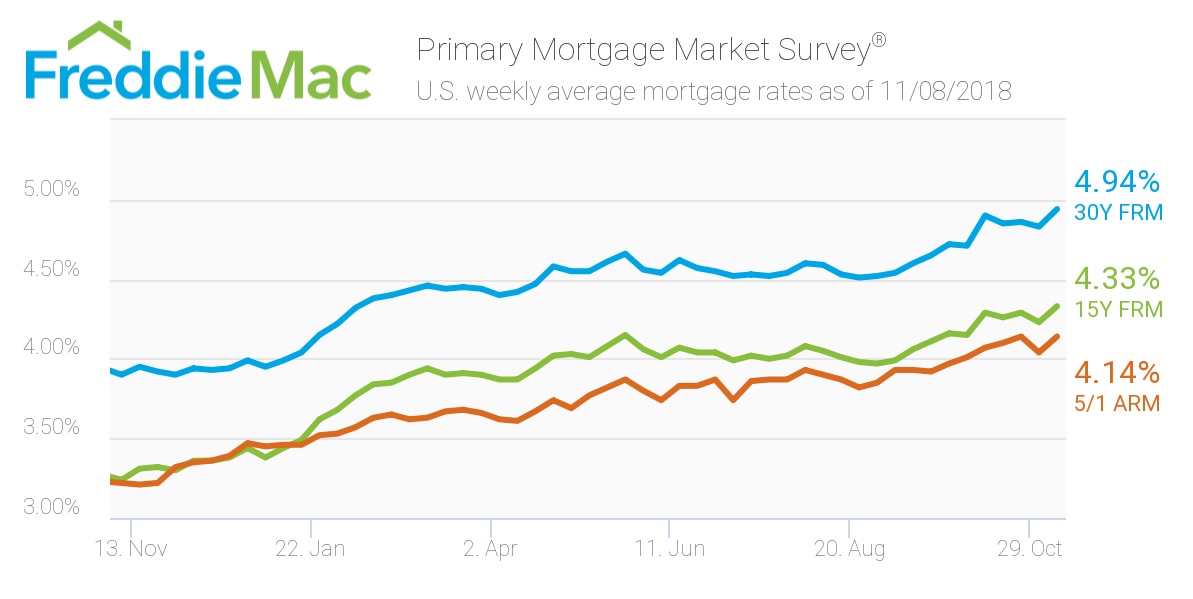 The 5-year Treasury-indexed hybrid adjustable-rate mortgage rose to 4.14% this week, increasing from 4.04% last week. However, this is still much higher than this time in 2017 when it averaged 3.22%.

Realtor.com Chief Economist Danielle Hale said mortgage rates ticked back up this week as the October stock slowdown that made bonds attractive seems to have ended.

"The Fed meeting announcement later today could spark a dip in rates if it indicates a potential slowing in rate increases ahead,” Hale continued. “More likely, however, the statement will focus on the risk of inflation and the need to continue tightening at a measured pace meaning no relief on the horizon for buyers.”