Freddie Mac Chief Economist Sam Khater said the 30-year fixed-rate mortgage increased once again to its highest level since May.

According to the Primary Mortgage Market survey, the 30-year fixed-rate mortgage averaged 4.65% for the week ending Sept. 20, 2018, rising from 4.6% last week, and still remains significantly higher than last year’s rate of 3.83%. 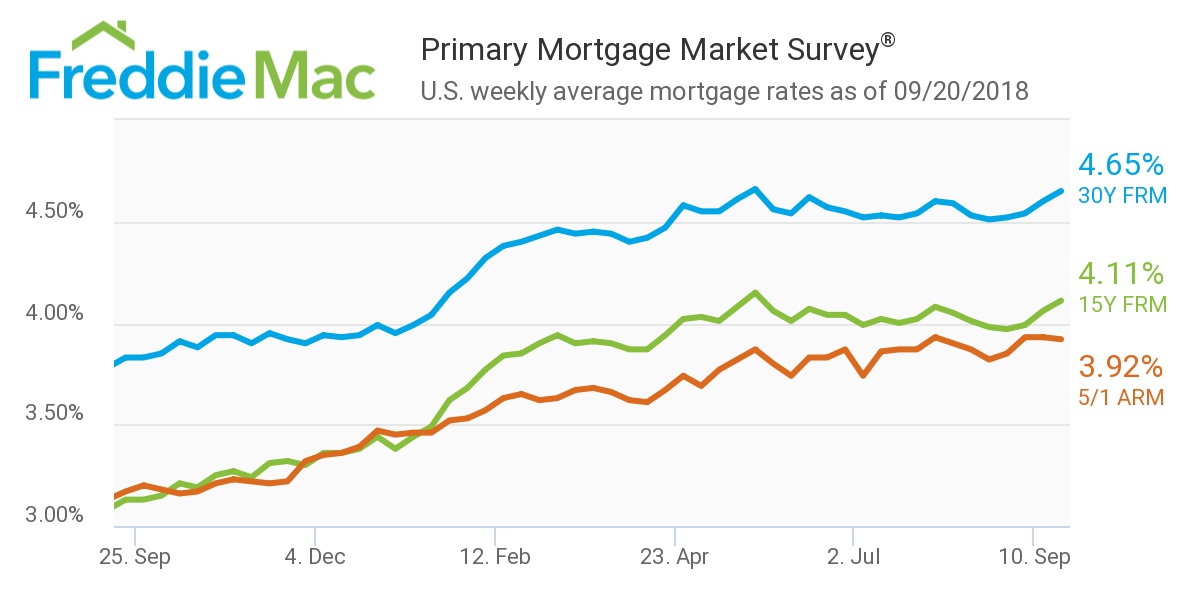 The 5-year Treasury-indexed hybrid adjustable-rate mortgage slightly increased to 3.92% this week, which is still up from this time last year when it was 3.17%.

“Amidst this four-week climb in mortgage rates, the welcoming news is that purchase applications have risen on an annual basis for five consecutive weeks,” Khater added. “However, given the widespread damage caused by Hurricane Florence in the Carolinas, the next few months of housing activity will likely be somewhat volatile.”