Hurricane Florence is brewing over the coast, set to make landfall on the mid-Atlantic states Friday morning.

An early analysis by CoreLogic shows that 758,657 homes in North Carolina, South Carolina and Virginia could be affected by the Category 4 storm.

The report also sheds light on potential damage of the storm surge, estimating that reconstruction costs could total $170.2 billion.

“Hurricane-driven storm surge can cause significant property damage when high winds and low pressure cause water to amass inside the storm, releasing a powerful rush over land when the hurricane moves onshore,” the CoreLogic report stated.

More than 1 million people may be evacuated Tuesday in advance of the story, according to CNN, which calls Florence one of the biggest hurricanes to hit the eastern seaboard in decades.

"This will be a storm that creates and causes massive damage to our country," Jeff Byard, Federal Emergency Management Agency associate administrator, said. "This is not going to be a storm that we recover from in days."

The table below shows the total number of properties at risk of storm surge for each of the five hurricane categories, as well as their accompanying reconstruction cost value for core-based statistical areas along the North Carolina, South Carolina and Virginia coasts that could be affected. 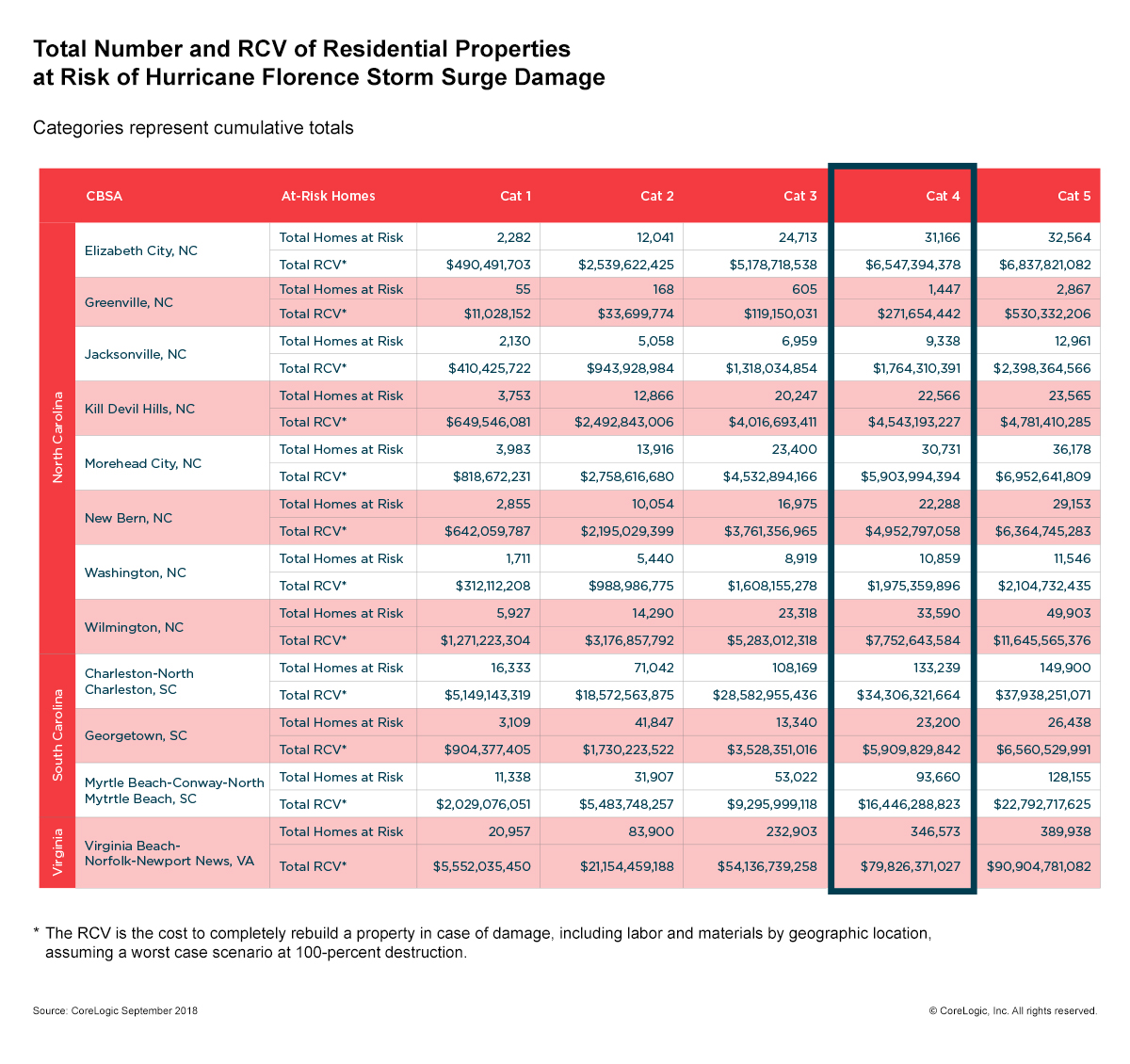