What started as a simple announcement early last week that C2 Financial would discontinue offering Quicken Loans’ products via its mortgage broker channel escalated quickly in to a war of words between top lenders.

Soon thereafter, the CEO of Quicken Loans, Jay Farner, accused United Wholesale Mortgage of waging a smear campaign against its services, adding, “You can be sure we will expose their shady schemes to the marketplace.”

So what are some of those shady schemes?

HousingWire is giving both sides the opportunity to tell their version of events.

In this article, Quicken Loans is getting the opportunity. United Wholesale will be coming next. Readers, please wait to read both before reaching your conclusions in the courtroom of public opinion.

Quicken Loans is located in downtown Detroit. The company's affiliated, vast property holdings include an extensive street surveillance network all accessible from a main control room. These pictures are reportedly from that footage.

And here’s the proof, they say. Be warned, the claims of subversion don’t stop there, according to Quicken. 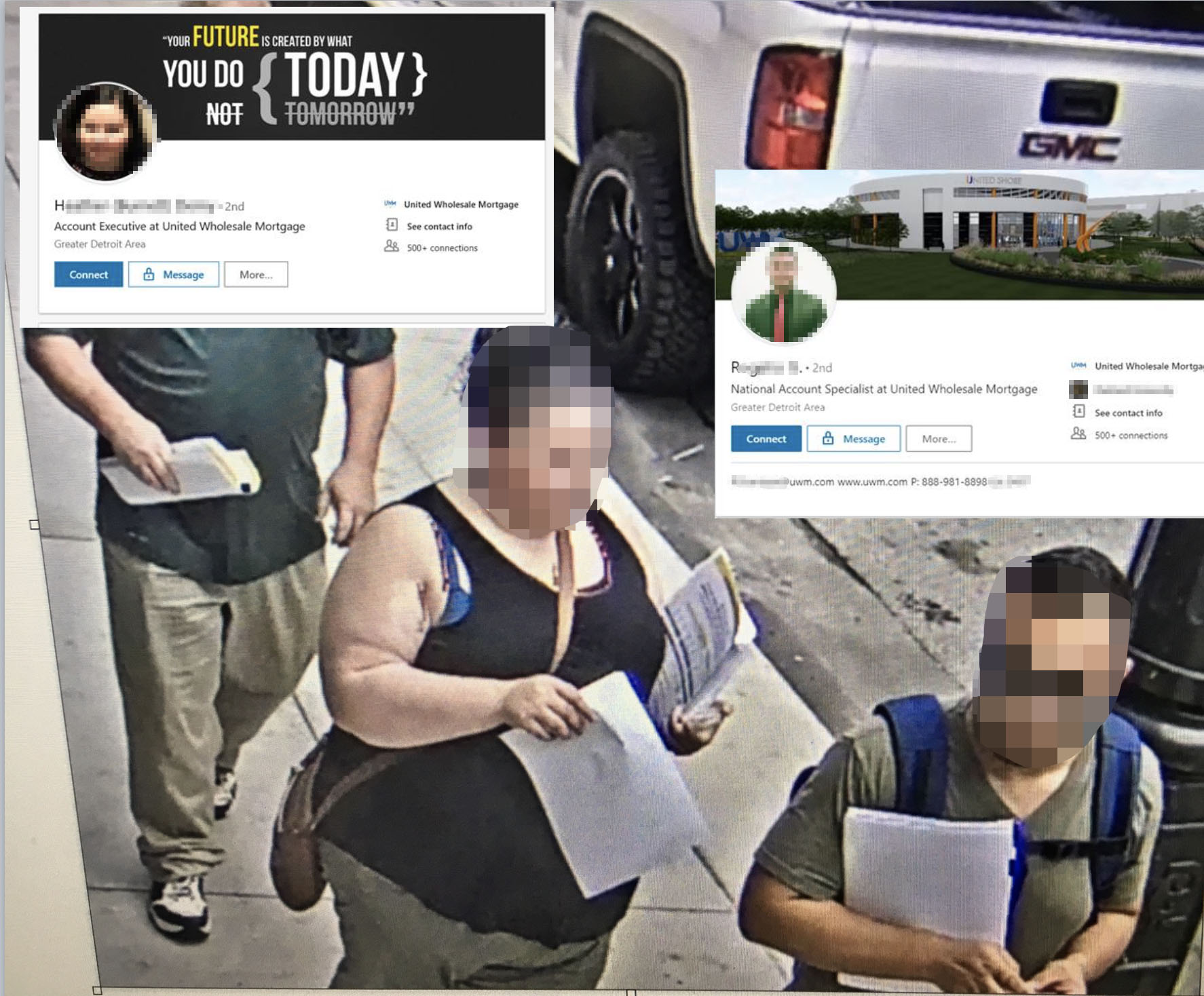 In the photo below, individuals are seen passing out flyers in downtown Detroit that attempt to disparage Quicken's operations. While HousingWire is protecting their identities, we can confirm the provided LinkedIn profiles appear to match the individuals, both of whom are employed by United Wholesale. 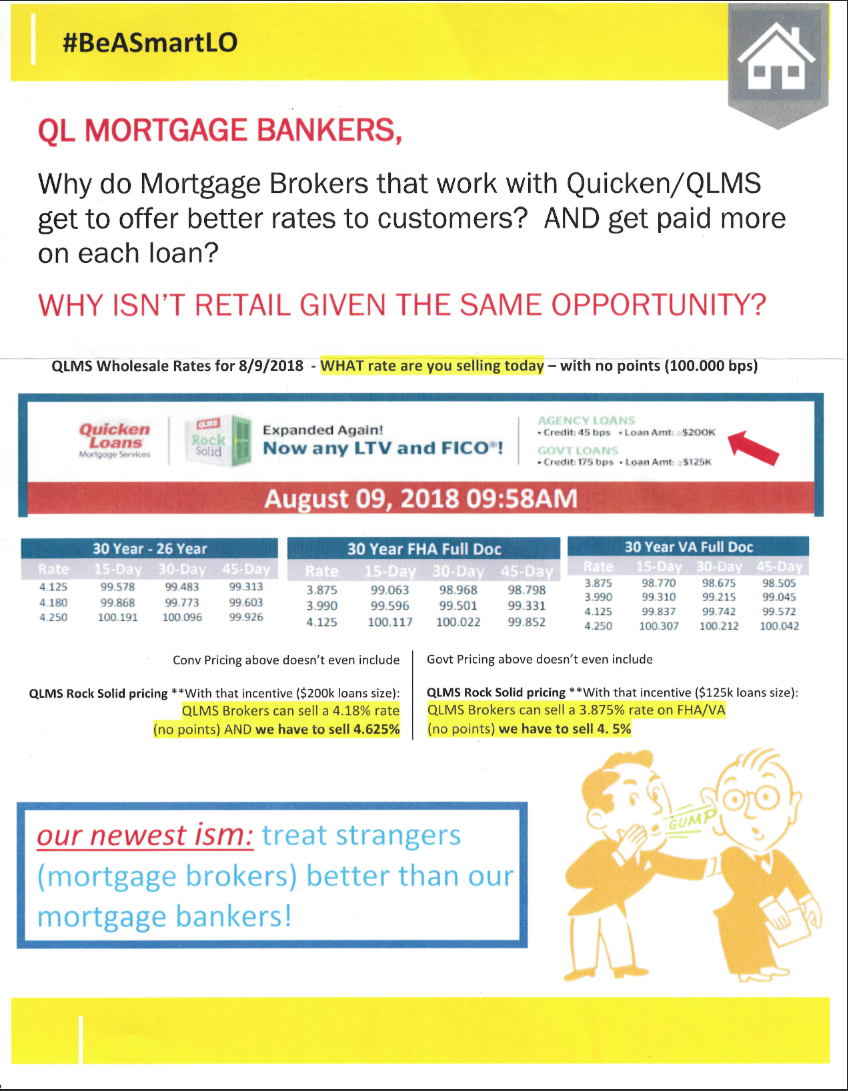 Looking closely at the flyer the woman is holding in Exhibit #1, this appears to be the same flyer in full. Quicken claims the flyers were placed all around and on employees personal motor vehicles in an attempt to disrupt their day-to-day operations in downtown Detroit. Additionally, Quicken claims that after UWM found out Quicken knew UWM was behind passing the flyers out, UWM hired a third-party to pass out flyers at its Detroit and Phoenix offices.

Quicken claims the subversive tactics didn't stop there and approximately 300 of its employees at the company's Detroit headquarters received the flyer via the United States Postal Service in envelopes that had been hand-addressed (example above).

Quicken also offered proof that marketing operations at the Association of Independent Mortgage Experts is directly overseen by marketing staff at United Wholesale and not by the trade association's spokesperson, Anthony Casa. HousingWire contacted Casa and AIME for a response to Quicken's allegations. Click here for Casa's response.

As the story develops, we may revisit this claim. But for now, we will review the response from United Wholesale. Click here to read UWM's take on the matter.