“The higher rate environment, coupled with the ongoing lack of affordable inventory, has led to a drag on existing-home sales in the last few months,” Freddie Mac Chief Economist Sam Khater said. “Yesterday, the Federal Reserve passed on raising short-term rates, but with the embers of a strong economy potentially stoking higher inflation, borrowing costs will likely modestly rise in coming months.”

“Even with home price growth easing slightly in some markets, mortgage rates hovering near a seven-year high will certainly create affordability challenges for some prospective buyers looking to close.”

According to the most recent Case-Shiller report, home prices are reported to be rising at two to three times the rate of inflation. 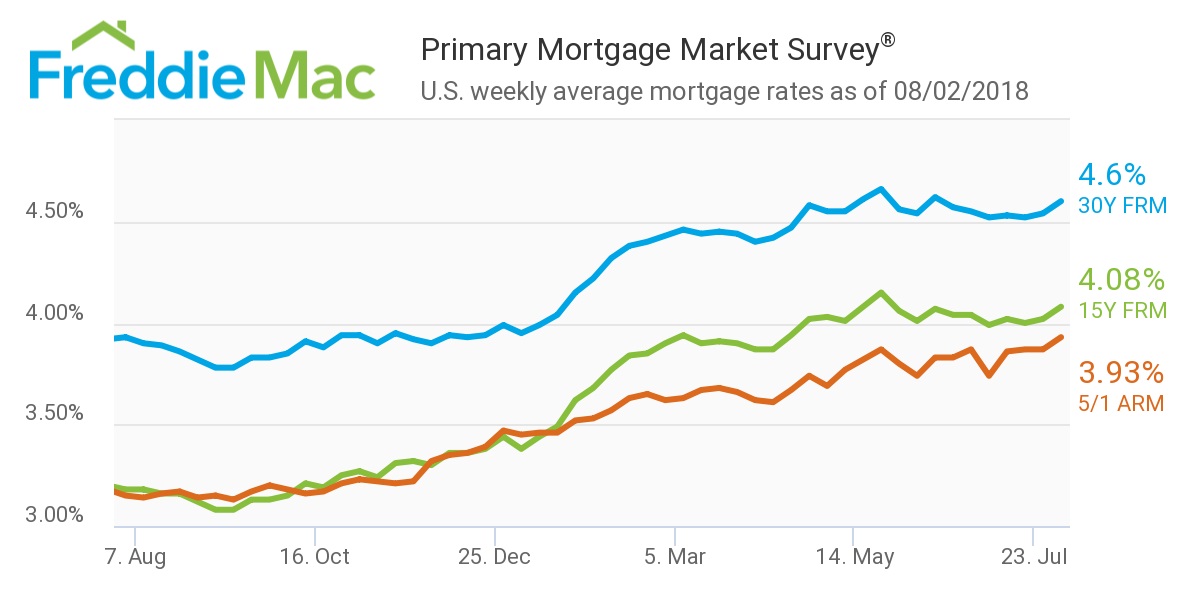 The five-year Treasury-indexed hybrid adjustable-rate mortgage inched forward this week at 3.93%, which is still up from this time last year when it was 3.15%.