Fannie Mae reported Thursday it posted a comprehensive income of $4.5 billion in the second quarter of 2018, which was primarily driven by an increase in credit-related income due to the redesignation of loans from held-for-investment to held-for-sale.

The increase was partially offset by lower fair value gains in the second quarter of 2018 compared with the first quarter of this year.

The company’s net income came in at $4.5 billion for the quarter, up from $4.3 billion in the first quarter this year.

Notably, Fannie Mae announced it provided $125 billion in liquidity to the mortgage market through financing and refinancing 665,000 homes.

A total of $111 billion in liquidity was awarded to the single family mortgage market, which is an estimated market share of 6% for the second quarter of 2018.

The company also provided $14.5 billion in multifamily financing in the second quarter of 2018.

Fannie Mae also estimates that refinancing originations in the U.S. single-family mortgage market will decrease from an estimated $650 billion in 2017 to $481 billion in 2018.

The GSE will now pay out $4.5 billion to the U.S. Treasury if the Federal Housing Finance Agency agrees to a dividend in this amount. In May, Fannie Mae paid out 938 million to the Treasury. 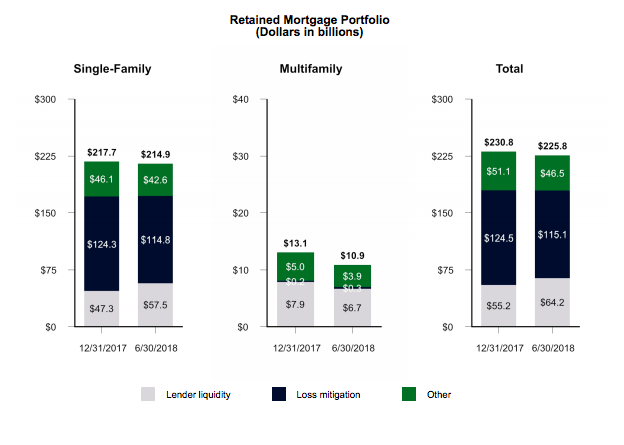