Rebecca Steele, who the New York Times once referred to as the “face of the housing crisis,” has now been hired as the president and CEO of the National Foundation for Credit Counseling.

But taking up the mantle of CEO of a credit education nonprofit is a far cry from the world Steele came from.

The HSSL or “Hustle” program was known for its breakneck pace of loan underwriting.

In 2013, a federal jury ruled that Bank of America and Countrywide were liable for defrauding Fannie Mae and Freddie Mac by selling toxic mortgage loans to the government-sponsored enterprises.

But then the Court of Appeals ruled in Bank of America’s and Steele’s favor and threw out the fine against each. The court ruled that the government did not prove that Countrywide and Steele committed fraud when they sold toxic mortgages to Fannie and Freddie.

After her acquittal, the National Association of Women in Real Estate Businesses, now known as Women in the Housing & Real Estate Ecosystem, took the media to task for dragging Steele’s (pic, below) name through the dirt, publishing a lengthy article on the topic of Steele’s case. 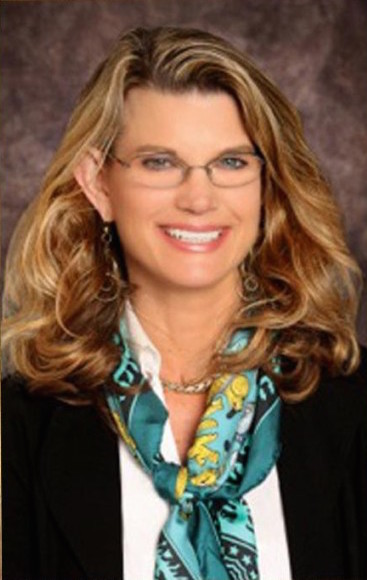 In the coverage detailing the case against her, Steele was presented not only as a professional but also as a woman. Article(s) describing her hair color and style of dress reminded readers that the federal government wasn’t just charging a chief operational officer, they had found a woman at fault. This is the first issue. Would a man’s hair and fashion choices have been discussed if he had been in Steele’s position?

News outlets aimed not only to expose the decisions for which Steele was being indicted, they wanted audiences to consider and remember her gender. This could be to sell more newspapers and issues, stir conversations and turn heads, sure. But the subtext is troubling. “It was a woman’s fault.” “See, women can’t lead.” “We can’t trust women with important decisions.” These are all the type of reactions the writers writing about Steele prior to May 23, 2016 evoked, whether or not they would like to accept or admit it.

But that’s the past. Now, Steele has been exonerated for her earlier role and is firmly reestablished as a force in the industry. Not a small task.

Steele will build support and momentum for the NFCC national member network of nonprofit organizations, and in addition to this, she will leverage her 20 years of financial services experience to improve the organization and push forward its consumer-focused programs.

“Rebecca understands the financial challenges facing the people served by NFCC members and brings a sincere passion for helping improve their financial well-being,” NFCC Board of Trustees Chair Debbie Bianucci said in a statement.

“We are pleased to have her lead this organization at a time when the NFCC is on the forefront of exciting changes taking place throughout the nonprofit financial counseling and education sector,” she added.

Prior to taking on her new role at NFCC, Steele served as chief operating officer of Spring EQ, a retail call center home equity start-up, and before that she held leadership positions at JP Morgan Chase, Bank of America and PHH Cendant Mortgage.

[Update: This article has been edited for clarity and now accurately reflects Rebecca Steele's job titles at both Countrywide and Spring EQ.]