As job gains continue in the construction industry, employment is expected to surge in March, according to the ADP and Moody's Analytics National Employment Report.

“The rebound in employment growth over the past few months is principally due to the goods sector, with the ADP showing gains of 31,000 in construction and 29,000 in manufacturing last month,” Capital Economics Chief Economist Paul Ashworth said, commenting that he predicts jobs will increase by 250,000 in March.

But because ADP often revises its numbers significantly, its reported job growth should be taken as a general direction of the market, but not a specific forecast of the number of jobs added on any given month.

The chart below shows how March’s report compares to previous reports from ADP. So far this year the company has reported strong employment growth which surpasses to 200,000 marks. 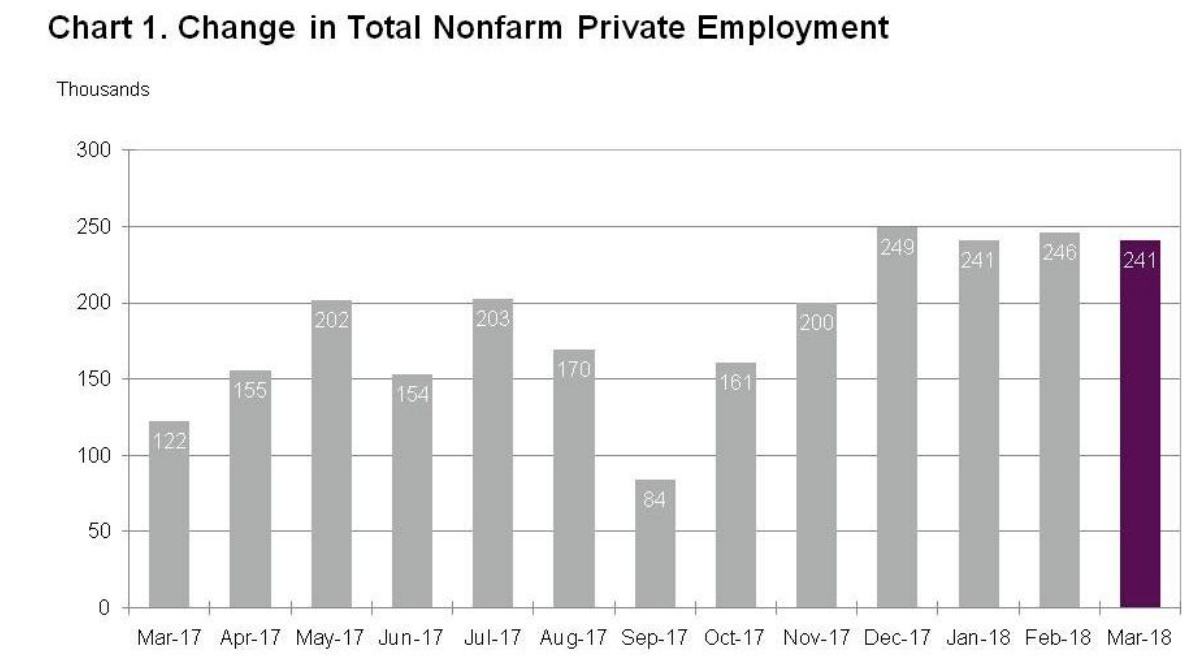 The goods-producing sector is set to increase by 65,000 jobs overall, with changes in the following areas:

The service-providing sector is set to increase by about 176,000 jobs, with changes in these areas:

“We saw impressive momentum in the first quarter of 2018 with more jobs added per month on average than in 2017,” said Ahu Yildirmaz, ADP Research Institute vice president and co-head.

“Midsized businesses added nearly half of all jobs this month, the best growth this segment has seen since the fall of 2014,” Yildirmaz said. “The manufacturing industry also performed well, with its strongest increase in more than three years.”