Job growth will slow in November to an increase of 190,000 new jobs, according to the ADP and Moody's Analytics National Employment Report.

This increase would be down from last month’s surge of 261,000 jobs, but up significantly from the loss of 33,000 jobs in September.

“The labor market continues to grow at a solid pace,” said Ahu Yildirmaz, ADP Research Institute vice president and co-head. “Notably, manufacturing added the most jobs the industry has seen all year.”

“As the labor market continues to tighten and wages increase it will become increasingly difficult for employers to attract and retain skilled talent,” Yildirmaz said.

The chart below shows the ADP report, while not always completely accurate, follows the same general trend as the jobs report from the U.S. Bureau of Labor Statistics. 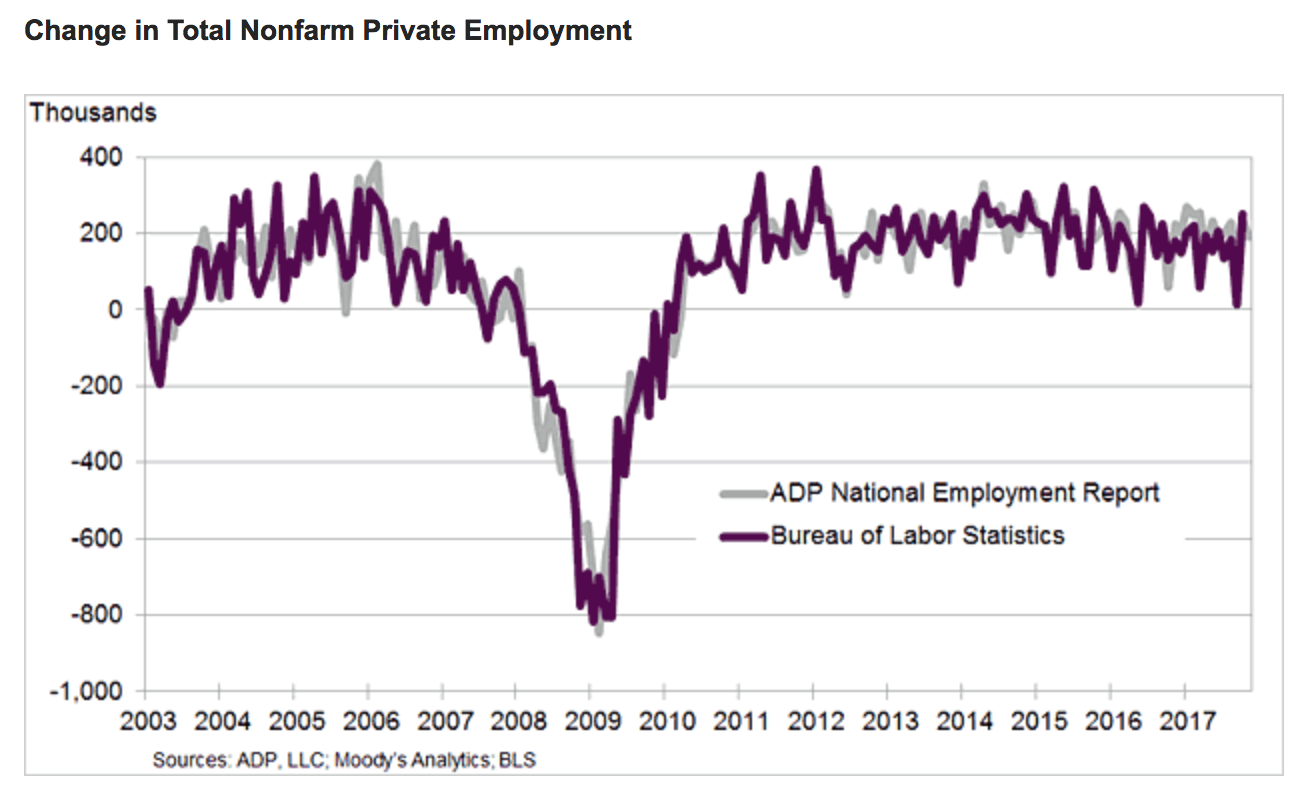 But as we noted in previous coverage of ADP reports, the company also revises its numbers significantly, therefore its reported job growth should be taken as a general direction of the market, but not a specific forecast of the number of jobs added on any given month.

However, this month, ADP’s forecast falls in line with another expert, who predicted jobs will increase by 200,000 in November.

“The 190,000 increase in private sector employment reported in the ADP survey for November, down from a 235,000 gain the month before, is consistent with our estimate that the official non-farm payroll employment will show a 200,000 increase when the data are released this Friday,” Capital Economics Chief Economist Paul Ashworth said.

And despite the predicted increase in jobs, construction employment could reverse course and see a decrease in November.

The goods-producing sector is set to increase by 36,000 jobs overall, with changes in the following areas:

The service-providing sector is set to increase by about 155,000 jobs, with changes in these areas:

“The job market is red hot, with broad-based job gains across industries and company sizes,” Moody’s Analytics Chief Economist Mark Zandi said. “The only soft spots are in industries being disrupted by technology, brick-and-mortar retailing being the best example. There is a mounting threat that the job market will overheat next year.”