Mortgage rates dipped slightly this week, but are on the verge of surging up as December’s rate hike looms on the horizon, according to Freddie Mac’s Primary Mortgage Market Survey. 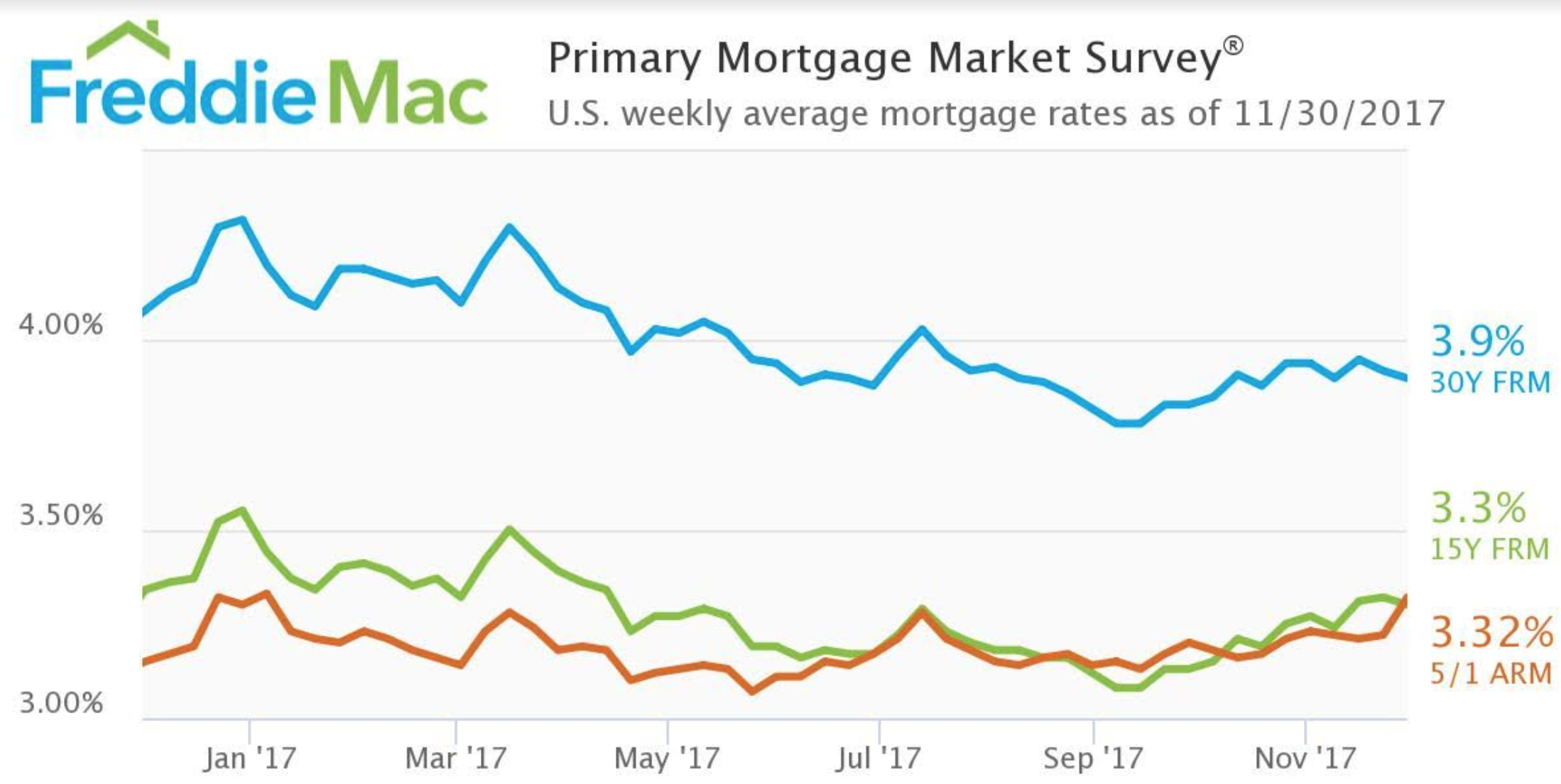 The five-year Treasury-indexed hybrid adjustable-rate mortgage increased to 3.32%, up from 3.22% last week and from 3.15% last year. Freddie Mac explained this is the closest gap it has had with the 30-year mortgage since the recession.

“The market implied probability of a Fed rate hike in December neared 100%, helping to drive short term interest rates higher,” Kiefer said. “The 5/1 Hybrid ARM, which is more sensitive to short term rates than the 30-year fixed mortgage, increased 10 basis points to 3.32% in this week’s survey.”

“The spread between the 30-year fixed mortgage and 5/1 Hybrid ARM is just 58 basis points this week,” he said. “The lowest spread since November of 2012.”