Home prices increased once again in July, and even began picking up speed, according to the latest index released from S&P Dow Jones and CoreLogic.

Nationally, home prices were up 5.9% annually to 194.1, yet another new high and an increase from June’s rise of 5.8%, according to the S&P CoreLogic Case-Shiller U.S. National Home Price NSA Index, which covers all nine U.S. census divisions.

The chart below shows the National Index reaching its new high, even as the 10-City and 20-City Composite Indices prepare to surge past their 2007 levels. 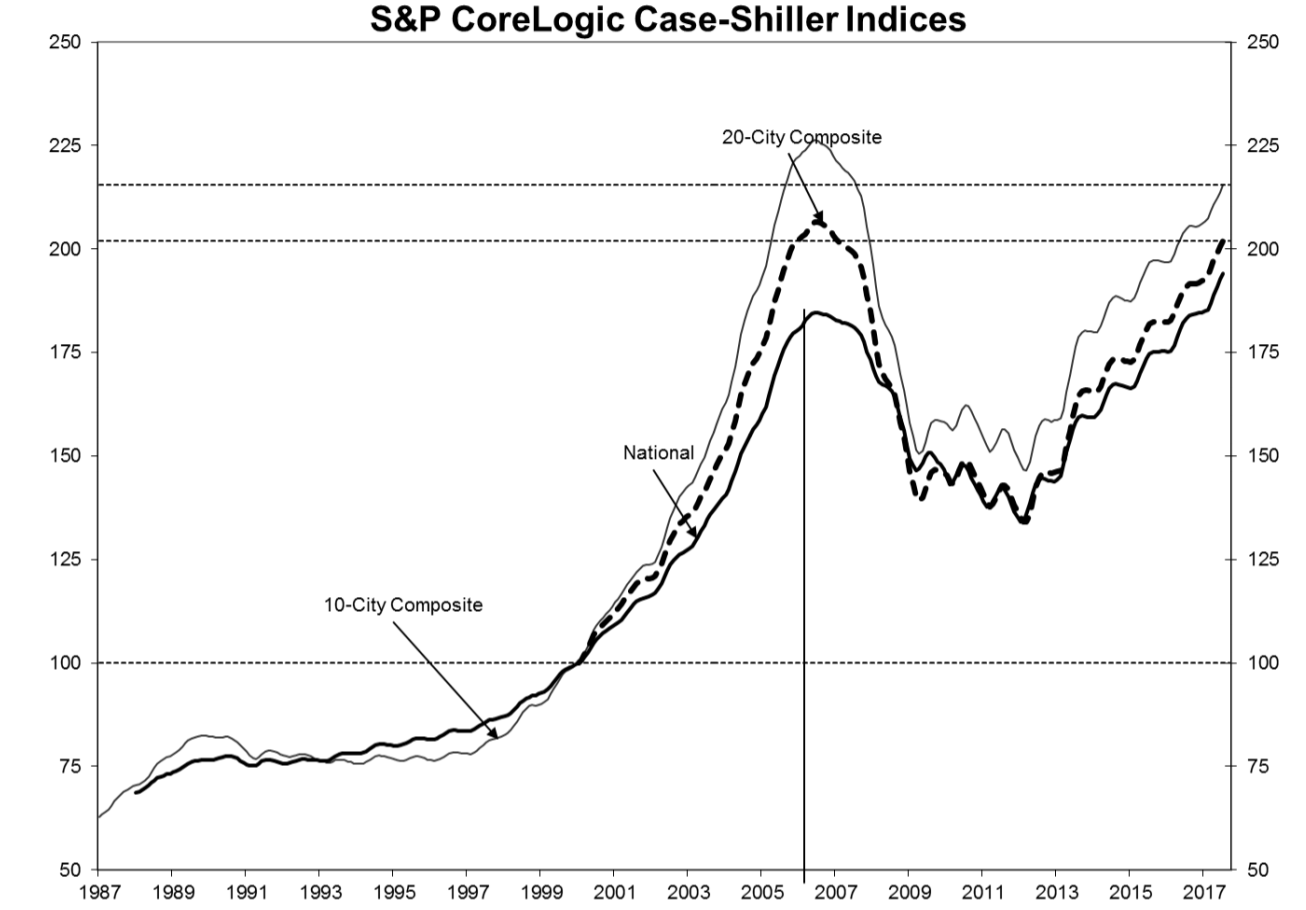 Seattle and Portland remained in the top two spots for cities with the highest increases, but Las Vegas climbed up, surpassing Dallas for the third spot. The three cities showed annual increases up 13.5%, 7.6% and 7.4% respectively. Twelve of the top 20 cities reported faster home prices growth for the year ending in July than the year ending in June.

“Home prices over the past year rose at a 5.9% annual rate,” said David Blitzer, S&P Dow Jones Indices managing director and chairman of the index committee. “Consumers, through home buying and other spending, are the driving force in the current economic expansion.

“While the gains in home prices in recent months have been in the Pacific Northwest, the leadership continues to shift among regions and cities across the country,” Blitzer said. “Dallas and Denver are also experiencing rapid price growth. Las Vegas, one of the hardest hit cities in the housing collapse, saw the third fastest increase in the year through July 2017.”

“While home prices continue to rise, other housing indicators may be leveling off,” Blitzer said. “Sales of both new and existing homes have slipped since last March. The Builders Sentiment Index published by the National Association of Home Builders also leveled off after March.”

“The housing market will face two contradicting challenges during the rest of 2017 and into 2018,” he said. “First, rebuilding following hurricanes across Texas, Florida and other parts of the south will lead to further supply pressures. Second, the Fed’s recent move to shrink its balance sheet could push mortgage rates upward.”

But while some experts expect the Federal Reserve’s decision to increase interest rates, most agree the widely-telegraphed event will have little effect on interest rates in the months to come.