Phil Shoemaker has been in the mortgage industry for over 20 years and is one of Caliber’s founding members. Initially, Shoemaker was responsible for the design and build of Caliber’s proprietary technology system. He later went on to run operations as the senior vice president of national operations, where he helped navigate the company through the 2010 regulatory changes.

As the company grew, Shoemaker moved into the role of senior vice president of business strategy, where he drove the Caliber agency approvals, the strategy to retain servicing, the build-out of the correspondent lending platform and was instrumental in recruiting and growing Caliber’s retail platform.

He assumed the role of executive vice president in 2014, and has since doubled the sales force and led Caliber from the No. 7 lender nationwide to No. 2, with a 291% increase in volume. Caliber Wholesale also achieved its biggest funding month during his tenure, funding $1.6 billion in total volume for August 2016. 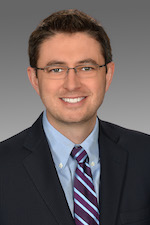 Don’t take yourself so seriously and don’t sweat the small stuff. It’s amazing how many nights of sleep I’ve lost over the years on things that turned out to be so small and trivial.