The results are in for the top and bottom markets of 2017, with some of the hottest markets of 2016 nowhere to be found on the list.

While Washington, Oregon and Colorado once again dominate the top positions on the list, Florida went from having six cities in the top 25 to only three, according to Veros Real Estate Solutions’ most recent VeroFORECAST, a quarterly national real estate market forecast for the 12-month period ending Dec. 1, 2017.

Seattle and Denver pushed their way to the top of the list, coming in at the No. 1 and No. 2 spots with forecast appreciation of 10.9% and 10.2%, respectively. Bend, Oregon, Portland and Bremerton, Washington rounded the rest of the top five markets.

And as far as the cities no longer on the list, such as South Florida and the Bay Area, Veros predicts softening in the once-hot markets.

The bottom 25 markets on the list, despite coming in at the end, are actually performing better overall.

Fox noted that the number of depreciating markets has been cut in half from roughly 7% during last quarter’s update — to only a scant 4%.

This is attributed to the markets in portions of the country such as Connecticut or New Jersey moving from slightly depreciating in previous updates to slightly appreciating in this report.

Overall, Veros sees a positive forecast for the housing market. “Although we expect to see interest rates increasing and inflation ramping up, the overall labor market is expected to remain strong,” said Fox.

“These effects will essentially offset each other, and allow the overall national forecast to remain strong, and consistent with what has been predicted and observed in previous forecast updates,” he continued.

Check out the chart below for a more visually appealing overview of the 2017 forecast. 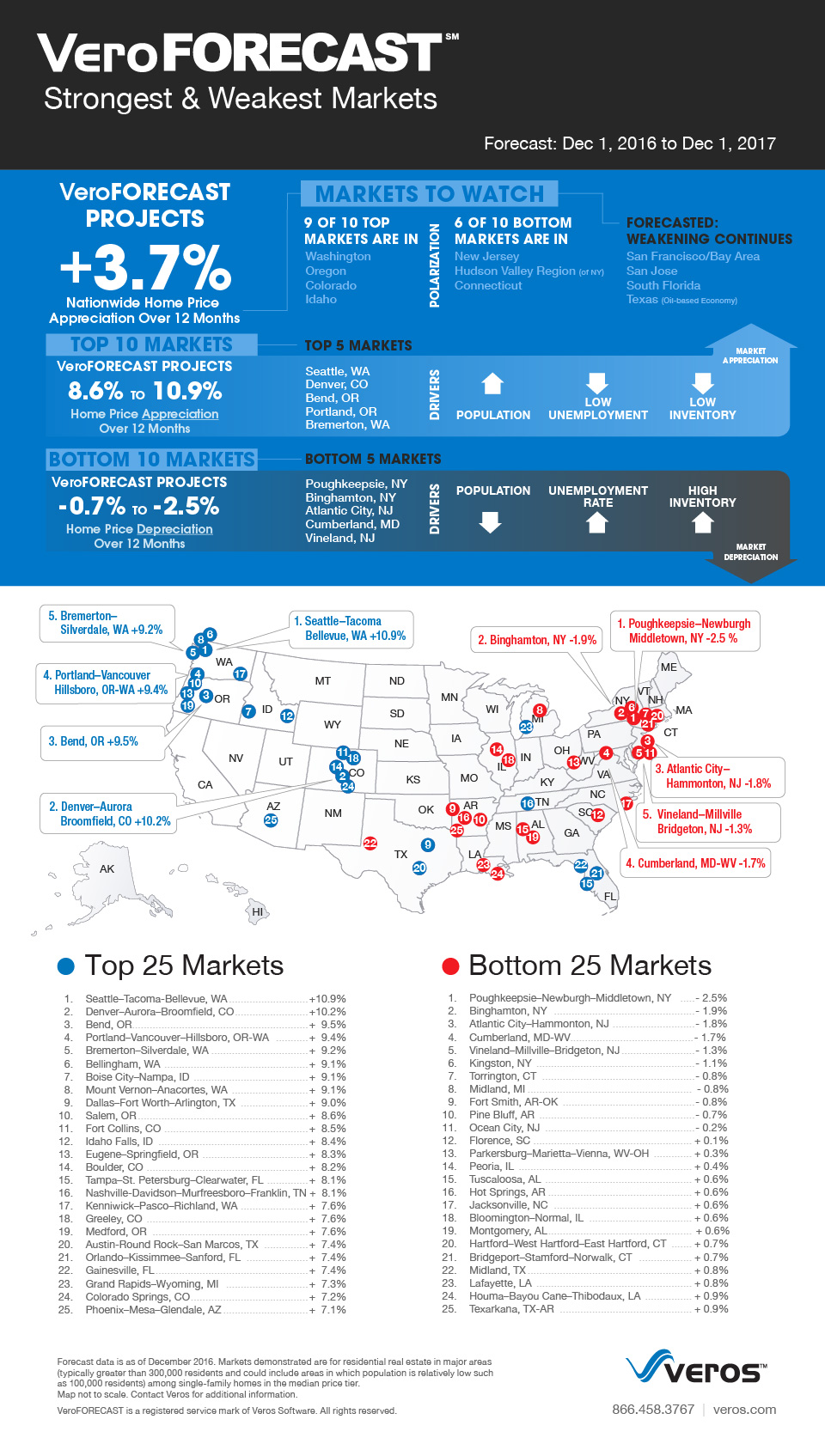