A shortage of housing coupled with healthy demand is helping to keep house prices elevated, especially in cities with massive housing shortages, like San Francisco.

Really, though, tales of people renting out boxes abound from the chronicles of San Fran's recent struggles with housing. It's so bad, the housing situation actually has its own WIKIPEDIA page.

So here's the shocker: Home prices in the San Francisco Bay Area actually FELL by 1.8% year over year in March — the first such drop in four years — according to real estate firm Redfin.

Redfin also states that while prices were up 4.7%, national home sales only grew by an annual rate of 1% in March, the smallest increase in sixteen months, while new listings grew 6.8% compared to last year. Overall inventory fell 3.2%, which means that inventory is not keeping up with buyer demand. 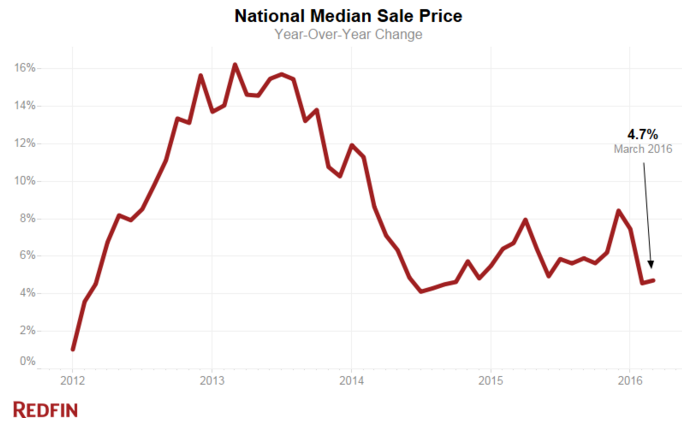 “For years San Francisco has been one of if not the most competitive markets in the country,” said Redfin chief economist Nela Richardson.

“Now we are seeing this white-hot market start to cool and contract. The share of Redfin offers facing competition dropped to 77% in March from 94% last year. This suggests that the price drop is not about inventory, it’s about buyers fed up with high Bay Area prices and crazy competition,” added Richardson.

Could this be a preview of what’s to come to other competitive markets like Denver and Seattle? These two cities were the fastest markets, with half of all homes pending sale in just 7 and 8 days, respectively.

“In 2015, sales grew 7% nationally, but there simply aren’t enough homes for sale to maintain such a torrid pace again this year,” said Richardson. “No matter how high homebuyer demand is, it takes two to tango, and many sellers are sitting this year out.”

Low inventory coupled with strong buyer demand continues to drive competition. The Redfin home tour index reached its highest level for the third month straight, and offers surged to their highest level in almost three years. Nearly a third of new listings sold in less than two weeks and 21.7% sold above the asking price. 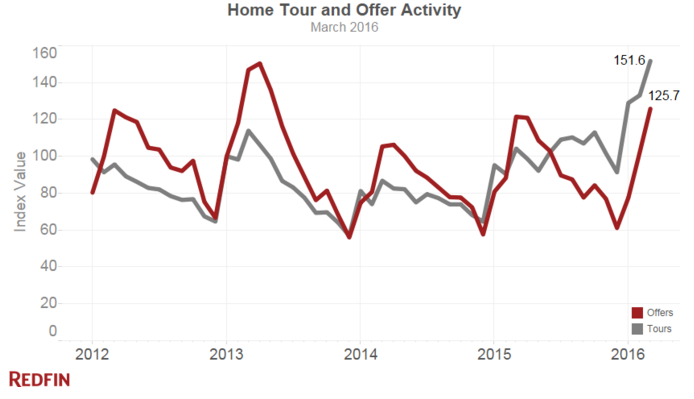 According to the recent Home Price Perception Index released by Quicken Loans, San Jose, Denver, San Francisco, Dallas and Houston were the highest in appraiser value, while in Philadelphia, Baltimore, Chicago and Detroit values came in lower.