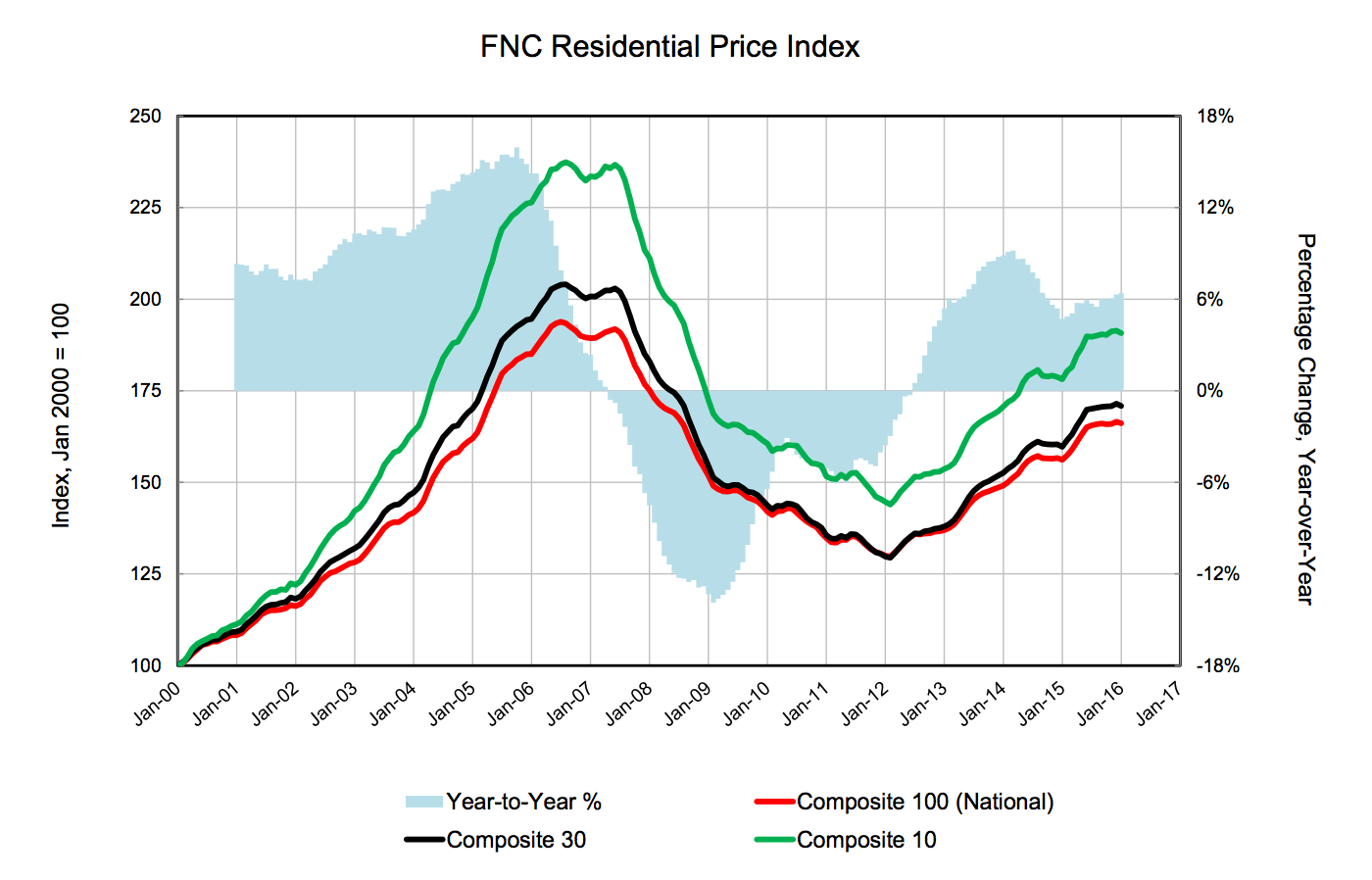 “January is typically a slow month for housing activity, and month-over-month fluctuations in home prices tend to reflect that,” said Yanling Mayer, FNC’s housing economist and Director of Research.

“In San Francisco, for example, home prices dropped 2.0% in January, which was largely driven by a sales shift toward lower-priced and smaller homes, thus better viewed as noise in the data rather than a meaningful decline in price,” Mayer added.

For the months of January and February foreclosed homes normally go up, final sales of foreclosed and REO properties increased from December’s 10.8% to 12.7% in existing home sales.

Despite weak sales activity, home price sales were up in only 11 markets led by San Diego, Orlando, Denver, Columbus and Las Vegas.

While California remains steady in property value, San Francisco’s decline appears driven by a sales shift toward lower-priced and smaller homes. Year over year, home prices in the city rose 11.6% in January, the 5th consecutive month of double-digit price appreciation.

Home prices in Houston, Texas also declined as well, possibly due to job losses from the oil industry. 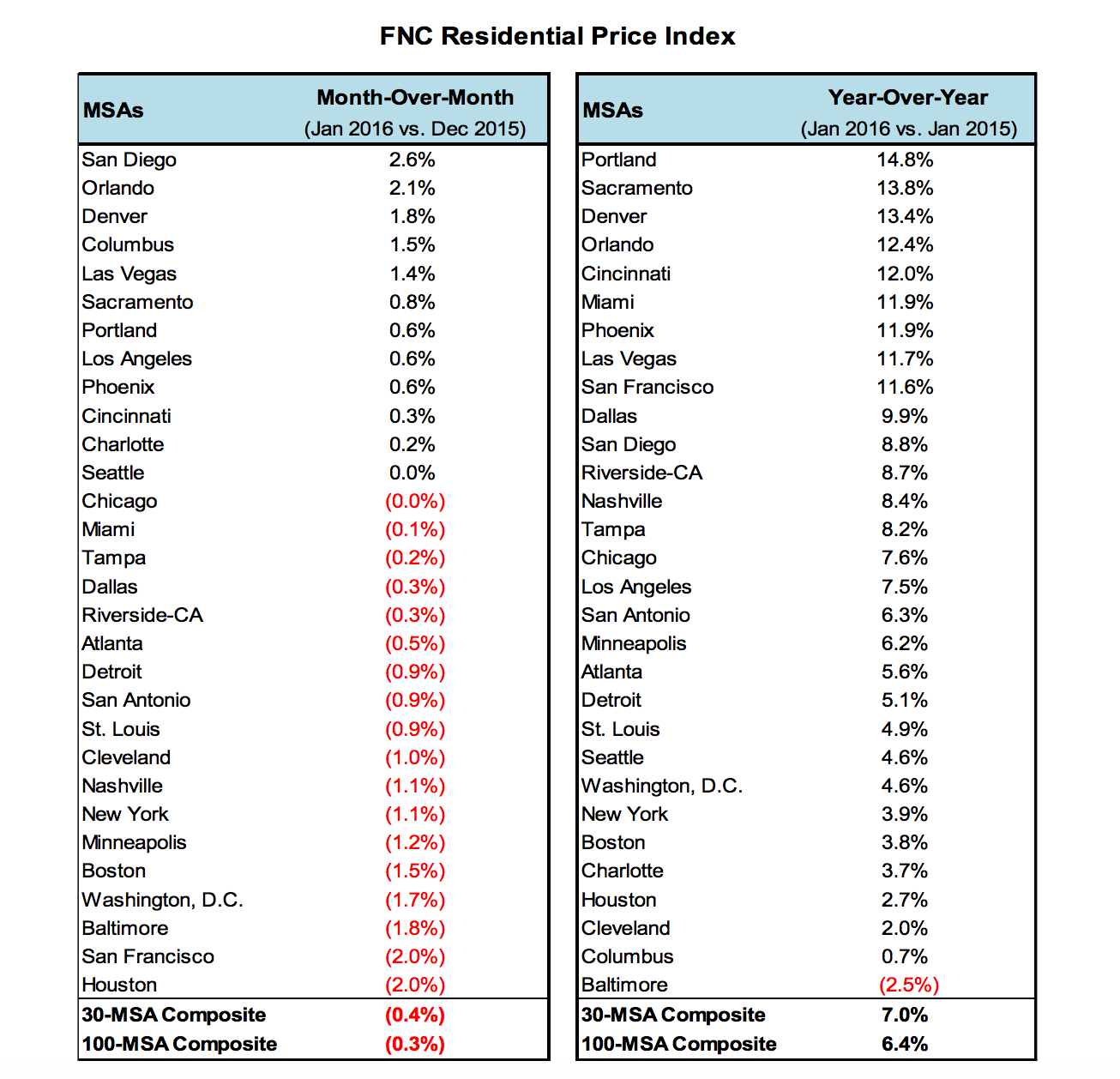