Mortgage rates started to rise amid market expectations of a possible rate increase by the Federal Reserve, according to the latest Primary Mortgage Market Survey from Freddie Mac.

Last week rates fell slightly lower amid market expectations of no rate increase by the Fed, but thanks to a recent comment from Fed Chair Janet Yellen, rates may start to trend higher.

Speaking Wednesday before the House Financial Services Committee, Yellen formalized the possibility of a rate hike in December, telling the Committee that December’s meeting is a “live possibility” for a rate increase.

From the Wall Street Journal recap of Yellen’s testimony:

The Fed expects “the economy will continue to grow at a pace that’s sufficient to generate further improvements in the labor market and to return inflation to our 2% target over the medium term, and if the incoming information supports that expectation, then our statement indicates that December would be a live possibility,” Ms. Yellen said Wednesday while testifying before the House Financial Services Committee. “But importantly, we’ve made no decision about it.” 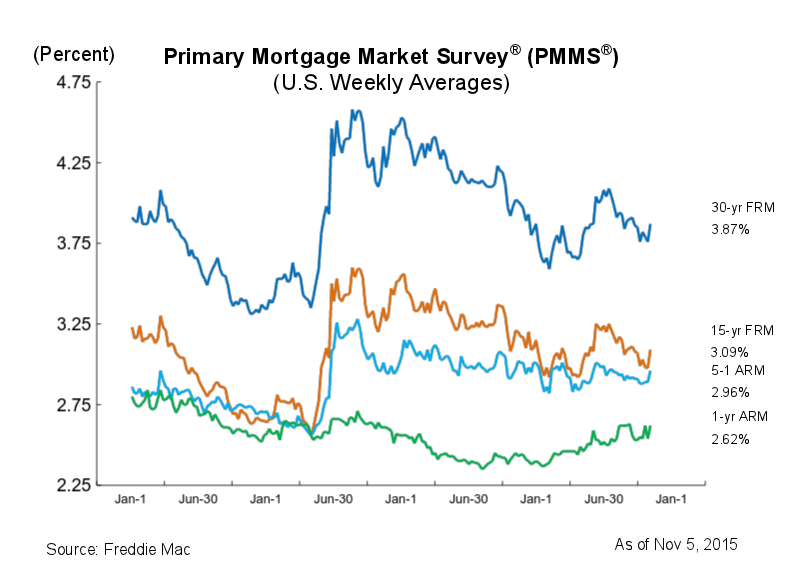 “Recent commentary suggests interest rates may rise in the near future.  Janet Yellen referred to a December rate hike as a ‘live possibility’ if incoming information supports it. The October jobs report to be released this Friday will be one crucial factor influencing the FOMC’s decision,” he added.

Title insurers wrote $19.2 billion in premiums last year, but a recent report from ALTA predicts a slowdown in 2021 due to low inventory.