Fixed mortgage rates declined to their lowest levels since May of this year due to ongoing global volatility out of China, Freddie Mac’s Primary Mortgage Market Survey.

The 5-year Treasury-indexed hybrid adjustable-rate mortgage averaged 2.90% this week, down from last week when it averaged 2.94%. A year ago, the 5-year ARM averaged 2.97%.

“Events in China generated eye-catching volatility in equity markets worldwide over the past week. Interest rates also rocked up and down—although to a lesser extent than equities—as investors alternated between flights to quality and bargain hunting among beaten-down stocks,” Sean Becketti, chief economist, Freddie Mac.

“Amidst all this confusion, the 30-year mortgage rate dropped to 3.84 percent, the lowest mark since May and the fifth consecutive week with a rate below 4%,” Sean Becketti, chief economist, Freddie Mac,” he added. 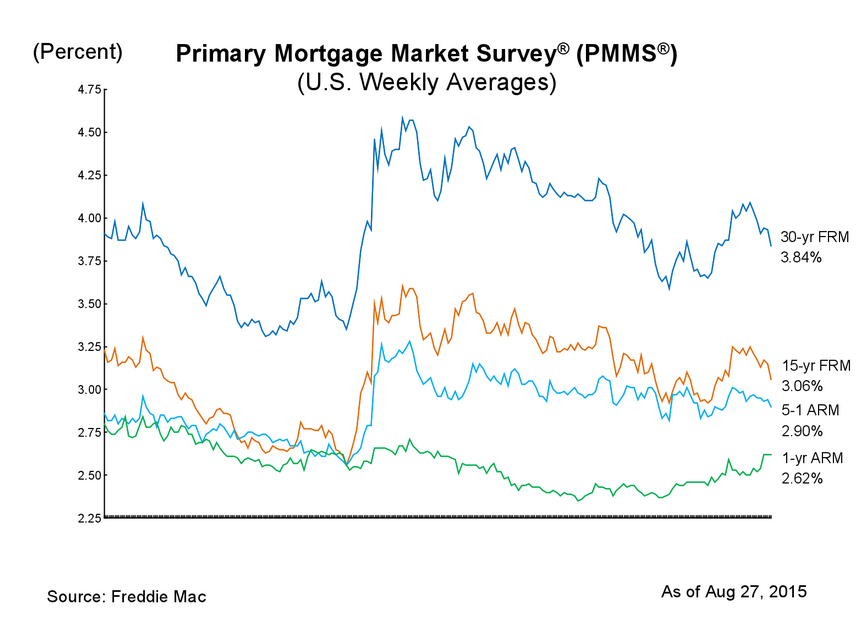 Meanwhile, the bond and stock market did get a brief lift after Black Monday thanks to recent public comments from New York Fed President William Dudley. On Wednesday, Dudley told press that the prospect of a September rate hike "seems less compelling" than it was only weeks ago.

However he warned about overreacting to "short-term" market moves, and left the door ajar to raising rates when the U.S. central bank holds a policy meeting on Sept. 16-17.

The impact of Black Monday went far enough to damage housing stock as well, with the collapse hitting the stocks that drive the housing and mortgage finance economy worse than the major indices in early trading.