More people are moving away from the major cities of New York and Chicago in favor of the South or West when it comes to between-metro moves over 500 miles, Trulia said in its latest report.

The real estate website analyzed data from the U.S. Census Bureau on how many people moved between counties in the U.S. from 2008 to 2012 and found that people are gravitating toward lower density areas, more jobs and cheaper housing.

Although personal reasons like family play into where people move, Trulia explained that there are still clear patterns to migration. 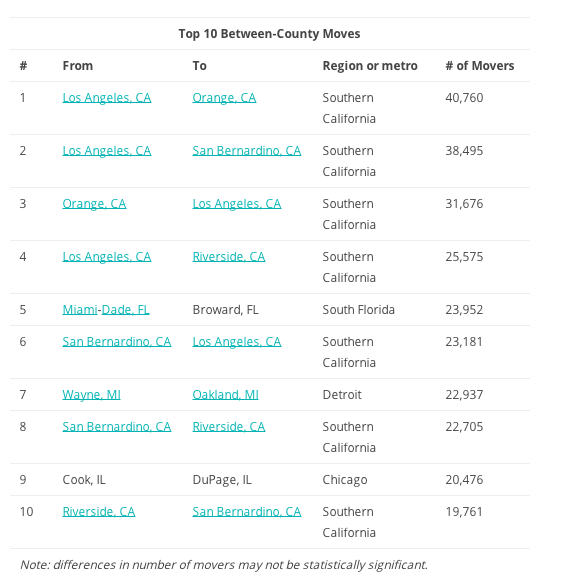 Trulia noted that with the exception of the three moves that are the reverse flow of a higher-ranked move, all of the top 10 between-county moves are from a higher-density county to a lower-density county – in other words, to a less urban, more suburban county.