2020 came, and with it COVID-19. Five weeks into the crisis, demand in the U.S. housing market bottomed and then after about nine weeks, began to climb again, with purchase applications making a full V-shaped recovery by early June. The housing bubble boys had those five glorious weeks when it finally looked like the market would succumb to their dire predictions of a housing crash. That is not much time to hawk a book, website, newsletter or what-have-you, but I guess one has to make hay where the sun don’t shine – or however that goes.

Now, in the first weeks of 2021, it’s like de ja vu all over again. Our friendly neighborhood bubble boys are hawking a 2021 housing crash, citing as evidence the moderation of some housing data metrics that inevitably follow parabolic increases. But they see these moderations back to trend as the harbingers of a housing crash that will send home prices back to 1996 levels in a short time.

Remember, all housing bubble boys have to believe that prices go back to the start of the original bubble, hence the marketing of housing bubble 2.0.

But it takes more than the housing data moderating back to trend to crash the market. Home prices would need to fall 68% to get back to the interim low. Considering where we are now, with home prices rising at the “too-fast” rate of over 6%, this seems unrealistic at best. But let’s put that aside for now and imagine what factors could come into play to crash the market based on historical precedent.

1. We would need a lot of forced selling and foreclosures.

Most forbearance plans were scheduled to end at the beginning of 2021.  This could have, in theory, caused some homeowners to consider selling if they were unable to resume paying their mortgage due to job loss or reduction in income.

But there are two important reasons why this would not crash the market. First, the Biden administration has proposed extending the national moratorium on evictions and foreclosures until the end of September 2021. If the economy has not sufficiently recovered by this time, it seems likely that this deadline will be extended once again.

2. We would need traditional mortgage demand to collapse — and collapse quickly.

Home prices have deviated from the historical norms set in 1996 as mortgage rates took another leg lower during this period. However, what we saw from 2002-2005 was speculation demand on housing from unsustainable bad credit. After home prices crashed and started to rise again, the housing bubble boys naturally started their bubble 2.0 theme.

This is common grifter tactic created to install fear that the housing market is on the razor’s edge of a bubble crash back to 1996 levels. They never take into account per capita incomes, mortgage rates, credit standard or demographics for that matter. This is a big reason why prices haven’t collapsed since 2012.

Also, notice the housing bubble itself had a clear peak in purchase application data in 2005. It was elevated by poor credit standards, speculation buying to make money and it was running into a weaker demographic patch in years 2008-2014. 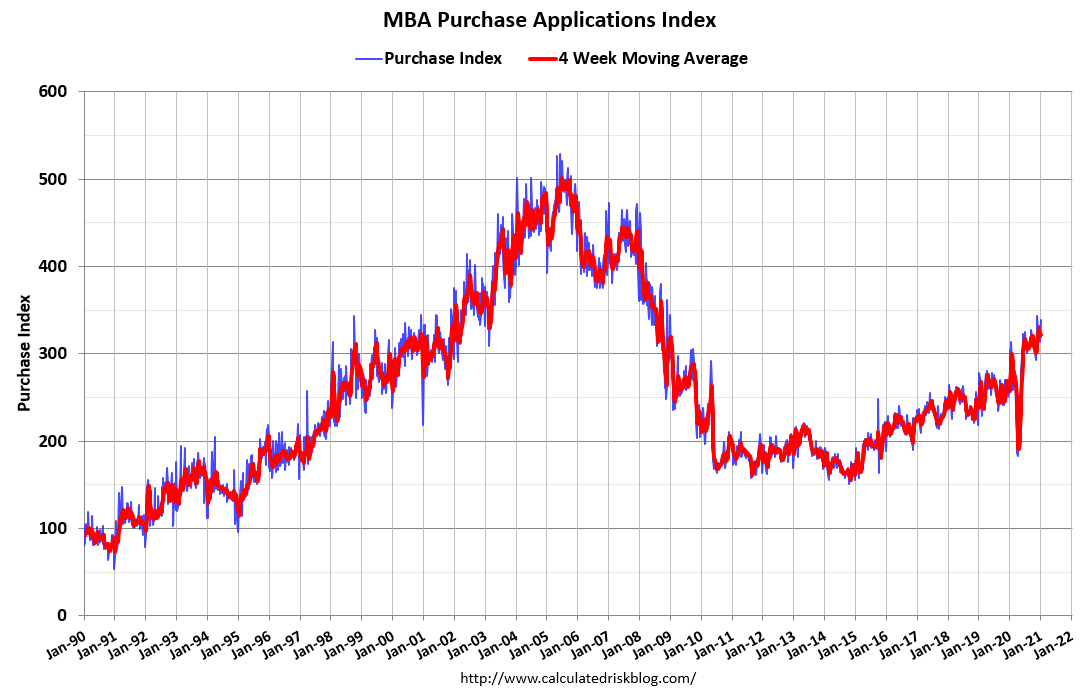 Don’t think of housing as a boom during these years, think of it as stable sticky replacement demand that needs much higher mortgage rates to cool it down. 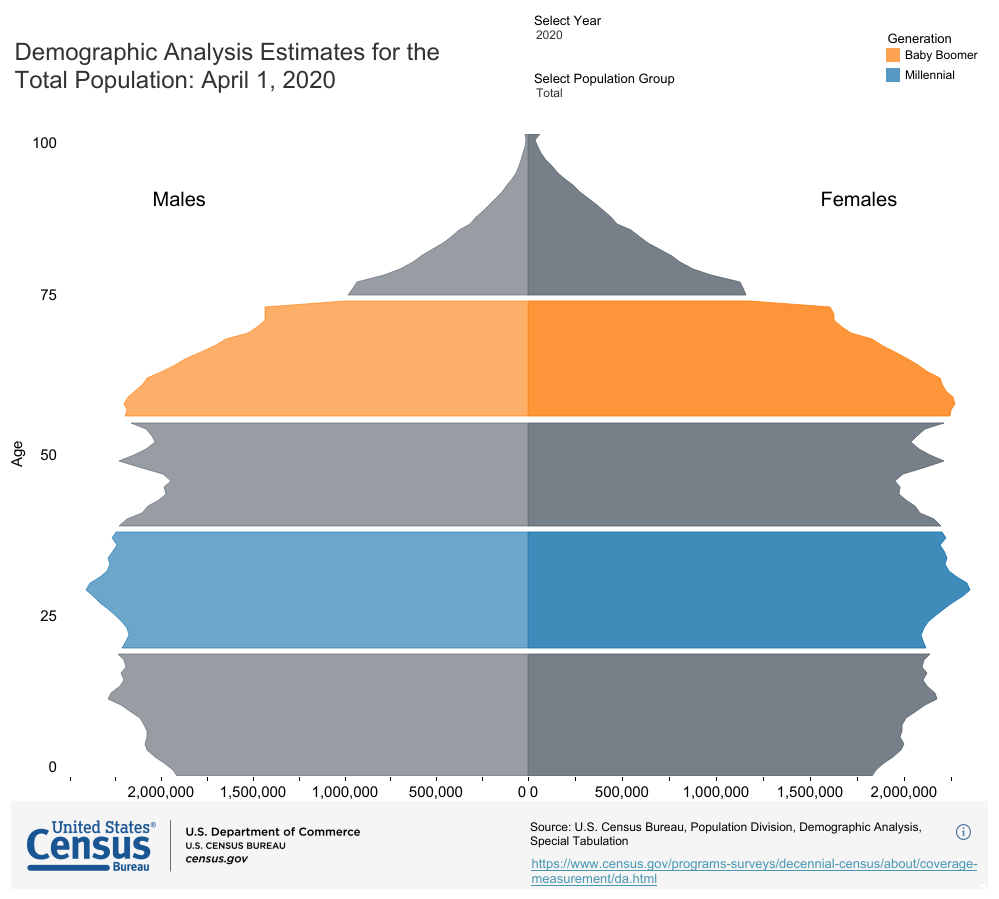 Remember, housing data will moderate from these high levels as total existing home sales are about 5.7 million, not 6.69 million. When it does moderate, watch out, the housing bubble boys will pounce on this data. 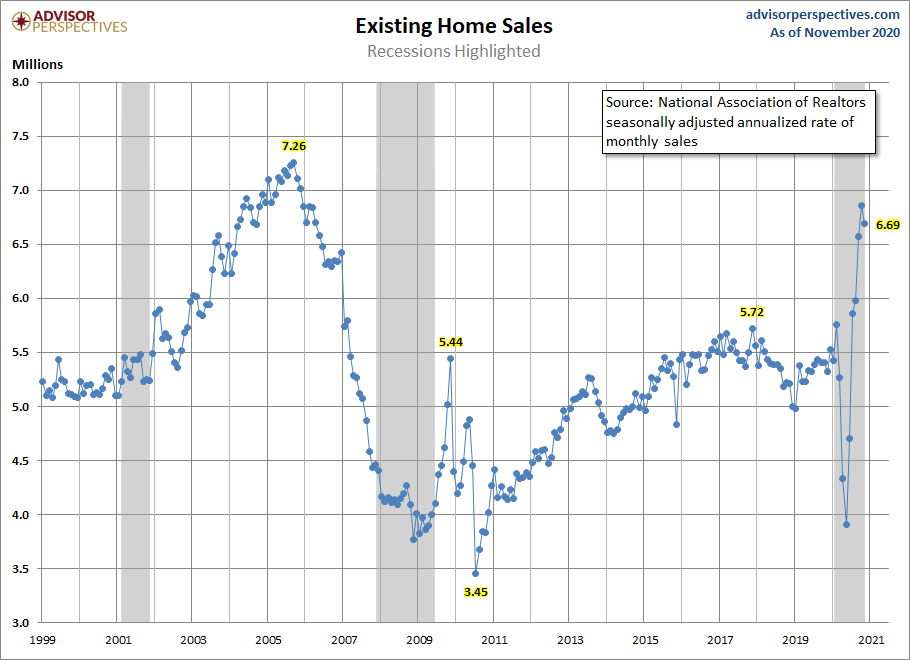 3. We would need tight credit to shut a lot of traditional homebuyers out of the market.

Even today, I have to fend off those who think housing credit is too tight. This is a confusing topic for a lot of people. Housing credit did get tight early on in this crisis, but it was for loans that weren’t widely used for the total housing market, such as low FICO score FHA loans, jumbo loans and bank statement loans. These are not products that impact the majority of homebuyers in America. During the crisis days, I talked about 4.5% to 6.2% of loans being done before March 9 having problems. 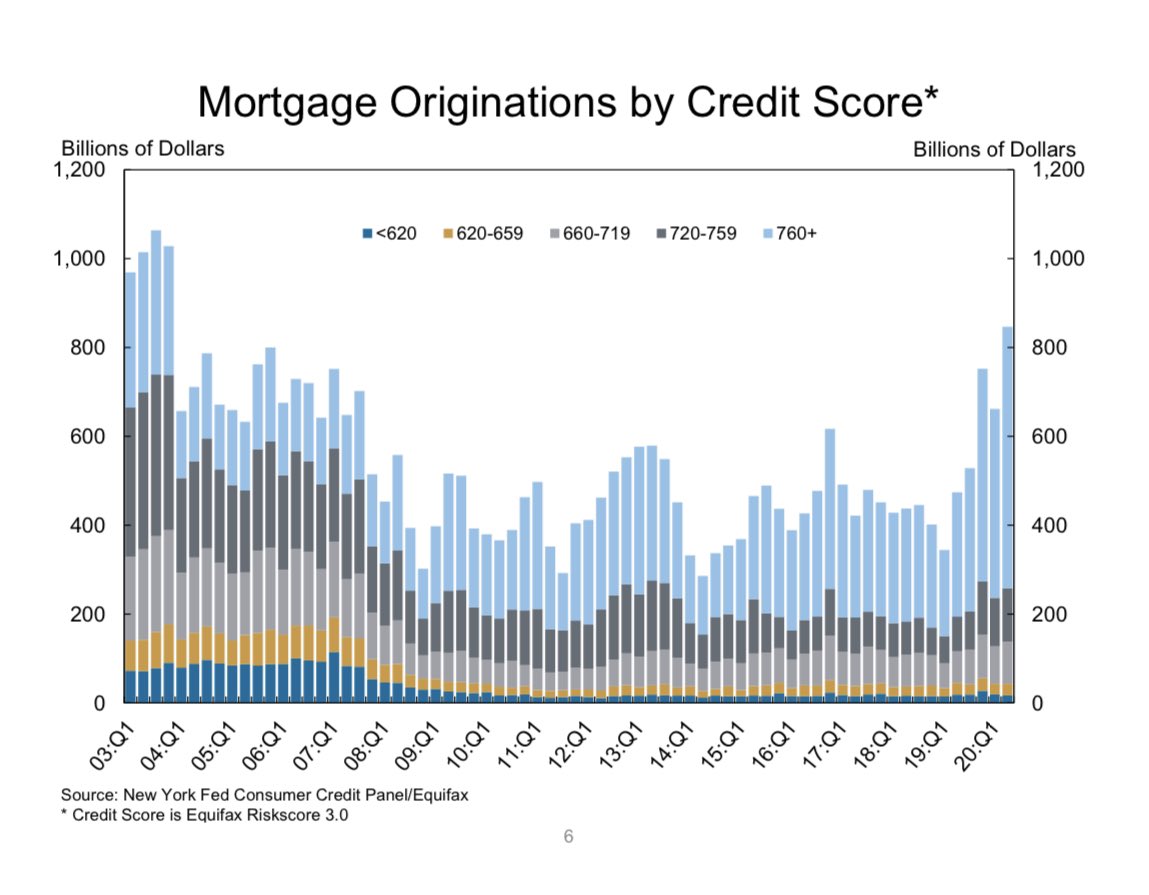 In the future, when you see credit loosening up, it’s not that big of a deal either. Lending standards, while still liberal, are pretty safe right now. If anything ever pops up that would be considered unhealthy, I would be the first person to write about it. If credit charts for residential lending are showing an easing up, look for the housing bubble boys to say, look, they’re propping up the bubble by easing standards. If anything, this group is very predictable; they don’t really deviate from the same five sentences in their lifetime.

The bottom line? We were never in any real danger of a housing bubble crash – not in 2020 and certainly not in 2021. Housing demographics and low mortgage rates in a market where credit is readily available means demand will be adequate to absorb more supply that will prevent an epic crash in 2021. The housing bubble crash thesis is just one of the many internet grifter games that are better ignored.

For those of you who make your living peddling these wares, do the country a favor and take the year off. Maybe read a book, catch up on your gardening or read some Lord Byron poetry. I’m sure that in these challenging times you can find something actually useful to do with your time that won’t be an embarrassment to your neighbors and family. Here’s hoping, anyway.