Today, the U.S. Census Bureau reported that housing starts came in as a miss of estimates at 1.52 million for October and housing permits came in at a beat at 1.65 million. Revisions came in negative, but the real story here is that housing is back to its slow construction phase, which isn’t shocking considering where monthly supply is at and the delays in construction that we are all aware of.

Demand is good enough to keep buildings going as the monthly supply of new homes is still below 6.5 months on a three-month average. We can see that in housing permits.

Housing completion is the only thing that is slower than my tortoise, Grundy. We are all aware of the delays that we are dealing with as a country due to shortages. However, it isn’t the entire story.

What I have always tried to do with my housing work over the years is to show that today’s housing market doesn’t bear any resemblance to what we saw from 2002-2005. We can see this in housing starts comparisons very clearly. I have never been a housing construction boom person, but in 2020-2024 we should finally start a year at 1.5 million housing starts, and 2022 will be the first year this will happen. However, this also means we don’t have a booming credit demand-driven market.

We can clearly see that while demand is solid, it isn’t booming, I don’t even believe in the premise of a massive credit boom in housing with the lending standards that we have today. (Which I might add are very healthy and have created the best financial homebuyer profiles we have seen in recent U.S. economic history. 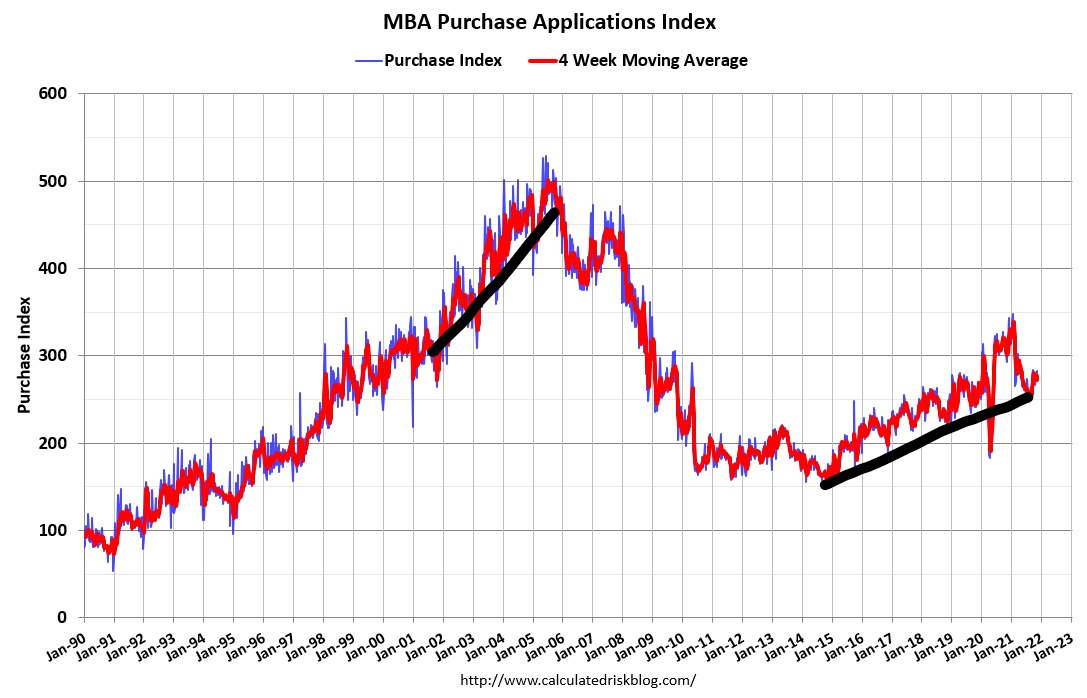 Recently, the home builders’ confidence has perked up. This typically is a good sign for housing starts in the future. Currently, at 83, we are only 7 points away from reaching an all-time high in builders confidence. I would ask you to ignore the total levels as they have surpassed levels we have seen during the housing bubble years, which had much higher housing starts and new home sales.

Think of this index as a rate of change of the current environment more than anything else. We can have a housing slump in the future and not be down too much from the previous cycle highs. 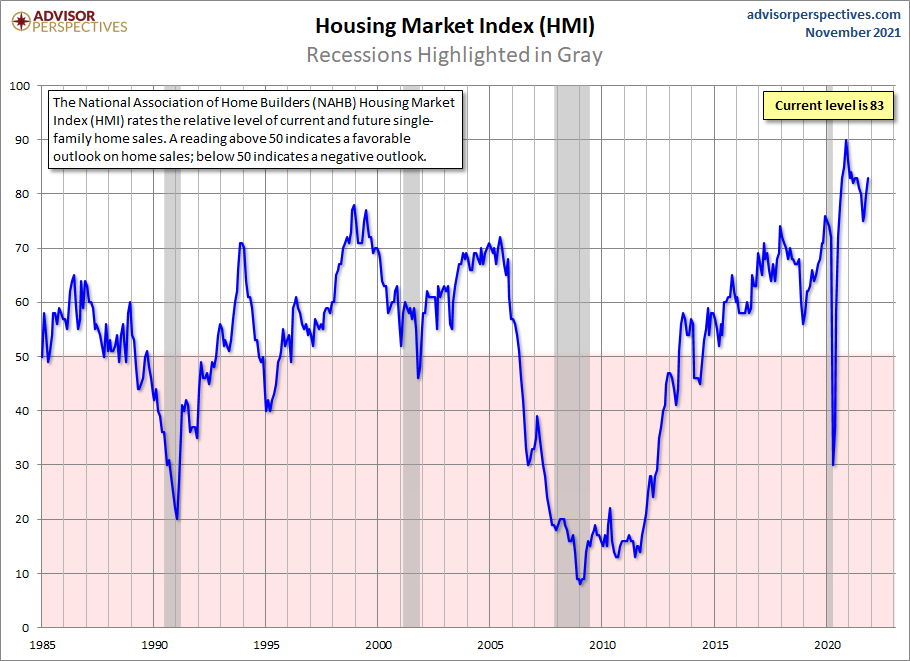 I have always looked at the builder’s confidence as being tied in to monthly supply data and new home sales more than the builders’ complaints about the labor and material shortages. For me, the rule of thumb is that housing gets a red flag once the monthly supply levels get above 6.5 months on a three-month average. The last report shows the supply data as 5.7 months on the headline print, but 6.1 months on the three-month average. When we are between 4.4-6.4 months, it’s just an OK marketplace for builders, and that is how I currently view the new home sales and housing start market.

Demand is OK; that is how I believe you should look at it. I have written many times on HousingWire why I don’t believe in the construction-boom premise. That mindset has been established because mature economies don’t typically have a construction boom, and construction productivity is terrible in America.

However, another aspect is that when rates rise, this sector gets impacted the most, and we are no longer working from the low bar that housing enjoyed from 2008-2019. In the previous expansion, which was the weakest housing recovery ever, new home sales reports missed estimates in 2013, 2014, 2015 and a supply spike shock in 2018. However, home sales and housing starts were just too low back then to matter much. It’s not that easy anymore and the builders recently pushed their pricing power onto the consumers.

Since the summer of 2020, I have stressed that we should be mindful of housing data when mortgage rates get over 3.75%, requiring the 10-year yield to go over 1.94%. This, of course, wasn’t part of my 2021 forecast, and even today, the 10-year yield is at 1.62%. I know we stress housing delays due to a lack of labor, parts and materials. However, don’t ever forget, it’s always about demand. For now, demand is OK enough to keep things moving forward.