The average homeowner gained $12,400 in equity in one year’s time, according to CoreLogic’s Home Equity Report for the third quarter of 2018. And while that’s not exactly nothing, it’s the smallest annual increase in two years.

Last quarter’s report revealed an increase of $16,000 in home equity.

CoreLogic analyzed data on more than 50 million U.S. properties with a mortgage. Its report revealed that homeowners with mortgages (which account for 63% of all properties) saw their home equity increase 9.4% from last year.

The data also showed an annual equity gain of 5.4% in September, which is down from June’s 6.2%, signaling a slowdown in home price growth.

While the rate of growth may be slowing, almost every state experienced some growth, with the Western region posting the most notable uptick.

California homeowners gained an average of $36,500 in home equity, while Nevada homeowners saw their equity increase by approximately $32,600.

The number of homes with negative equity also fell in the third quarter. The data shows that, year over year, negative-equity homes – or homes that have liens that exceed their value – fell 16% to 2.6 million homes.

“On average, homeowners saw their home equity increase again this quarter, but not nearly as much as in previous quarters,” said CoreLogic Chief Economist Frank Nothaft. “During the third quarter, homeowners gained an average of $12,400 compared to the second quarter when the average home equity wealth increase was more than $16,000. This lower year-over-year gain reflects the slowing in appreciation we’ve seen in the CoreLogic Home Price Index.”

For a state-by-state breakdown, check out the map below. Click to enlarge. 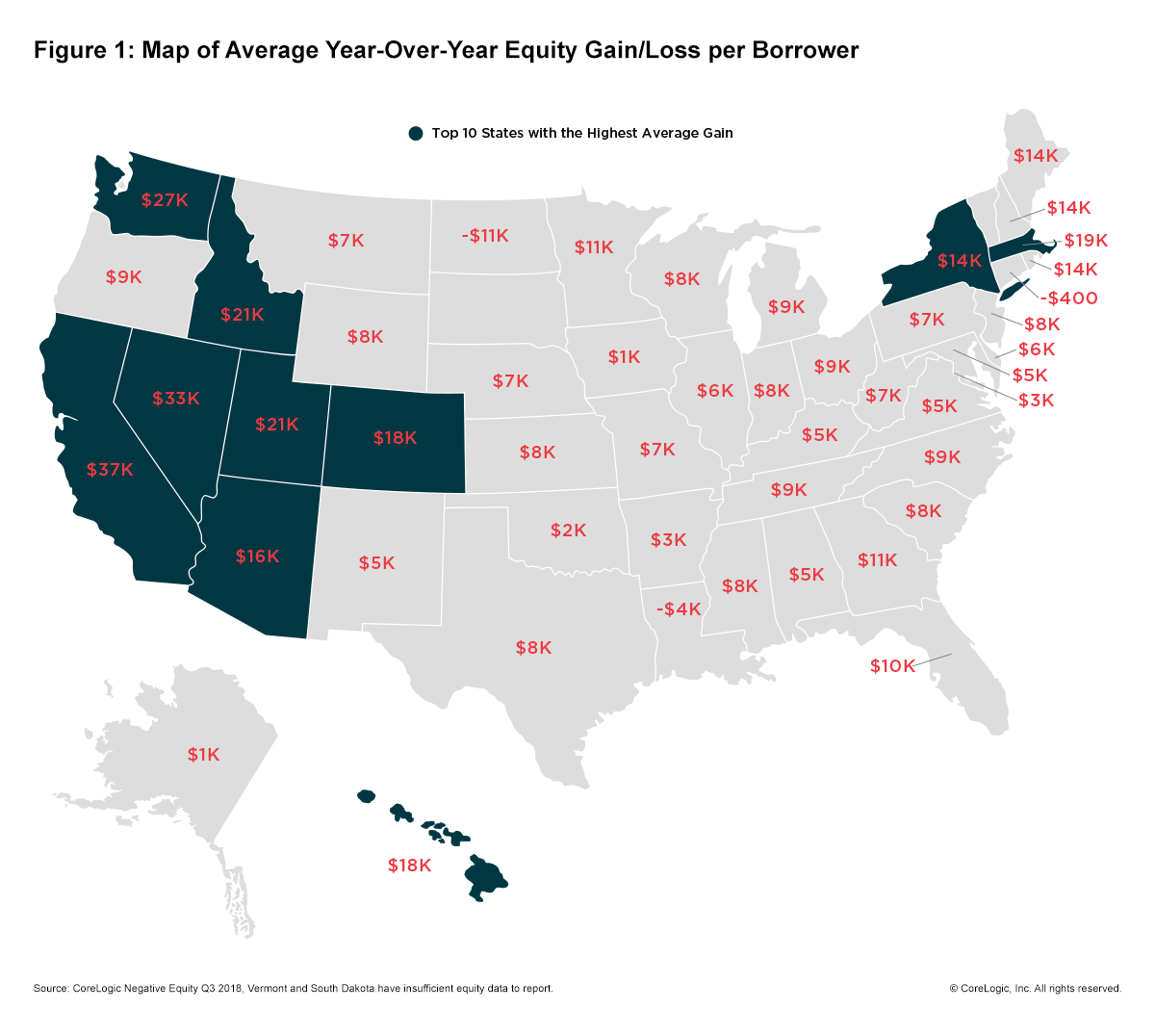 In this section, we feature six companies providing platforms and solutions to streamline the front-end of the home buying process for everyone involved.

How a pragmatic approach to eClosings helps lenders succeed during COVID-19 and beyond Aug 03, 2020
Now is the time to double down on diversity and inclusion efforts Aug 04, 2020
LOs are only human — Tech is necessary to keep up with max loan volumes Aug 07, 2020
Here’s what housing professionals can use as a roadmap amid economic uncertainty Jul 31, 2020