Nashville, home of country music and hot chicken, has been growing at a breakneck pace, adding about 100 people a day to its population over the last several years. The capital city’s combination of jobs, culture and newly minted sports teams have made it one of the country’s trendiest cities — with soaring home prices to match.

The median price of a single-family home in Nashville hit $314,900 in June 2018, and housing costs are now 46% greater than the pre-recession peak in 2007. To live comfortably in the city, GoBankingRates.com estimates that residents need a salary of $80,548, but the average household income sits at just $49,891.

Nashville is hardly unique in this regard: 12 million renter and homeowner households throughout the U.S. now pay more than 50% of their annual income toward housing, according to HUD.

These households represent a challenge for lenders, but also an opportunity. In the past, lending in low- to moderate-income (LMI) neighborhoods was more about satisfying fair lending and CRA requirements than growing business, but in today’s housing market, where many current homeowners are locked in low-rate mortgages for years to come, focusing on LMI lending can also be good for the bottom line.

This is new territory for many lenders, but last year The Mortgage Collaborative (TMC) launched the Affordable Lending Outreach Pilot Program with Fannie Mae to help lenders and LMI borrowers find each other.

Under the pilot program, Fannie Mae and TMC match the dollars lenders spend promoting affordable housing. After a successful launch in 2017, the pilot program doubled the number of participating lenders to 10, and more than doubled the one-for-one matching fund to $50,000.

“The idea for the program was the result of a conversation on affordability with the team at Fannie Mae,” said  Jim Park, founder and CEO of TMC. “As we discussed the issue along with the impact it was having on our lender members here at TMC, we came up with a solution that became the Affordable Lending Outreach Program we have today.”

The program kicked off in Nashville with five TMC member lenders who already had programs around LMI and manufactured housing. One lender taking advantage of the program is First Community Mortgage (FCM), headquartered about 20 minutes southeast of Nashville in Murfreesboro.

FCM is trying to overcome the disparity between incomes and home prices in the region with an innovative set of products and programs aimed at LMI borrowers, which in their area includes many Hispanic consumers.

“Fair lending is a hot topic, but how do we as lenders help responsibly promote affordable housing? It’s a tough question because we don’t control the market,” said Jeremy Warren, vice president of diversity and operations for multicultural lending at First Community Mortgage. “Serving the needs of low- to moderate-income borrowers is an important part of being a responsible lender, but there’s no easy fix.”

“What Fannie Mae and The Mortgage Collaborative are doing through the pilot program is really spurring lenders to get creative,” Warren said.

In the last two years, FCM, which has 16 retail branches, has spearheaded a strategy for affordable housing that has given them a high profile among the region’s growing Hispanic population — with compelling results.

“We’re focused on improving access to affordable mortgage financing for people of modest means through our Duty to Serve initiative,” Fannie Mae Relationship Manager Tammy Trefny said. “By working with TMC and their members on outreach strategies in underserved housing markets, we help lenders, residents, and communities tackle some of the toughest housing challenges in America.”

Under the pilot program, each lender gets to decide how they use their promotional resources, and First Community Mortgage focused on first-time homebuyer education through an organization that was already working with people earning low to moderate wages — Goodwill Industries.

FCM started by offering first-time homeownership classes to Goodwill employees who had been with the company for at least two years. Although some class attendees were years away from buying a house, FCM helped them focus on establishing and improving credit. After seeing significant engagement, FCM used pilot program promotional funds to become a gold sponsor of Goodwill’s 12 Days of Giving event, which gave them exposure through commercials, billboards and local radio and television news programs.

The initiative helped to establish FCM as the lender of choice for a set of borrowers who didn’t previously have strong ties to traditional banking institutions.

Participating in the program was a logical next step for FCM, which had already committed to serving LMI borrowers. In 2016 the company hired Miguel Vega, a business development consultant, with an eye on underserved markets. Vega started by leading the company’s multicultural lending initiative and today is the company’s chief diversity officer. Vega is also the president of the local chapter of the National Association of Hispanic Real Estate Professionals, an organization that was pivotal to FCM’s outreach to Hispanic borrowers.

FCM also created a portfolio product that allows undocumented immigrants to purchase a home with nontraditional, alternative credit. FCM manually underwrites each portfolio loan, which in lieu of a typical credit score, requires three credit accounts, which could include cell phone, internet, utility and cable accounts.

In 2017, 75 families in the middle Tennessee area were able to buy homes through FCM’s portfolio product, and the company is on pace to double that number in 2018. The average loan amount for those 75 portfolio loans was under $150,000 and FCM required a minimum of 15% down. The portfolio loans have performed incredibly well, Warren said, with no late payments, early payoffs or early payment defaults. About 30% are paid at least one to two months ahead.

“These are very responsible borrowers. They tend not to use credit, but when they do, they want to pay their bills,” Warren said.

The relationship FCM has built with underserved borrowers has also led to a very loyal referral base. “After we closed one of our first LMI loans, that borrower referred at least four or five people to us within a week,” Warren said.

The pivot to serving LMI borrowers, particularly those who might not speak English as a first language, required FCM to reevaluate every step in the loan process.

“There is not a big pool of experienced bilingual loan processors or underwriters in this area, so we had to educate everybody in the company who touches the loan file that things might look a little different,” Warren said.

His advice to other lenders looking to expand their affordable housing lending is to brush up on the rules surrounding self-employed borrowers, understand how to read tax returns and know how to evaluate large deposits in bank accounts.

Not all of FCM’s lending programs to LMI borrowers require such a high touch. The company also does a lot of Fannie Mae HomeReady loans for those with established credit and W-2 income, which can be approved through an AUS.

“If you combine our efforts with NAHREP, our relationship with Goodwill, and our bilingual marketing through TV, social and radio — we are the most well-known lender in the Hispanic community in metro Nashville,” Warren said. “We’ve made a huge impact in middle Tennessee and we are now taking what we’ve done locally and expanding it to all our retail locations.”

As The Mortgage Collaborative and Fannie Mae expanded the pilot program, lenders in other geographic areas have also been able to participate. First Commonwealth Bank has a footprint that spans central Pennsylvania and western Ohio.

FCB decided to partner with the Affordable Lending pilot program as an extension of its growing community lending efforts and saw the perfect opportunity when it acquired a bank in central Ohio in 2017.

“First Commonwealth recognizes the needs and challenges that one community faces may be entirely different than another community,” said Evan Zuverink, vice president, CRA officer at First Commonwealth Bank. “Our efforts to execute on living our mission of building the financial confidence of our neighbors and businesses has motivated us to invest in tax credits, construction lending, permanent financing, and a wide array of residential mortgage lending to help all of the communities we live and work in provide safe, affordable housing solutions for everyone.”

Through the pilot program, FCB partnered with a large housing development nonprofit in Columbus, Ohio, to support their financial fitness and homebuyer education programs, which resulted in a number of families achieving the dream of homeownership.

“In 2017, central Ohio was a new marketplace for the bank. Thanks to the support of public, private, and nonprofit partnerships, we feel that we’ve made a significant impact in the affordable lending marketplace and made lasting relationships with our customers resulting in an array of housing development activities,” Zuverink said.

For most lenders, 2018 has been a tough year for their mortgage origination business. Rising interest rates have anchored homeowners in their current houses, squeezing the supply of housing even further, while home price increases have made even previously affordable metros out of reach for many borrowers.

Creative new approaches like the Affordable Lending Pilot Program are needed if mortgage lenders are going to expand their business, and underserved borrowers present a significant opportunity for lenders willing to think outside their typical credit box.

Combined with recent actions by the GSEs to encourage loans for manufactured homes and rural development, the LMI lending landscape has shifted considerably in the last several years.

“It’s truly rewarding to see the impact this program is having,” Park said. “With the flexibility it provides our participating members, they’re able to use the program resources in the ways best suited to help their local communities. We’re thrilled to have a part in making the dream of home ownership a reality and thankful to have Fannie Mae as our partner in bringing this program to fruition.”

At FCM, Warren can see benefits at every level. “We’re helping people get into homes that didn’t even know they could get into a home. We’re also making a smart business decision by aligning ourselves with the fastest-growing home-purchase market in the country. It’s a win-win for everyone.” 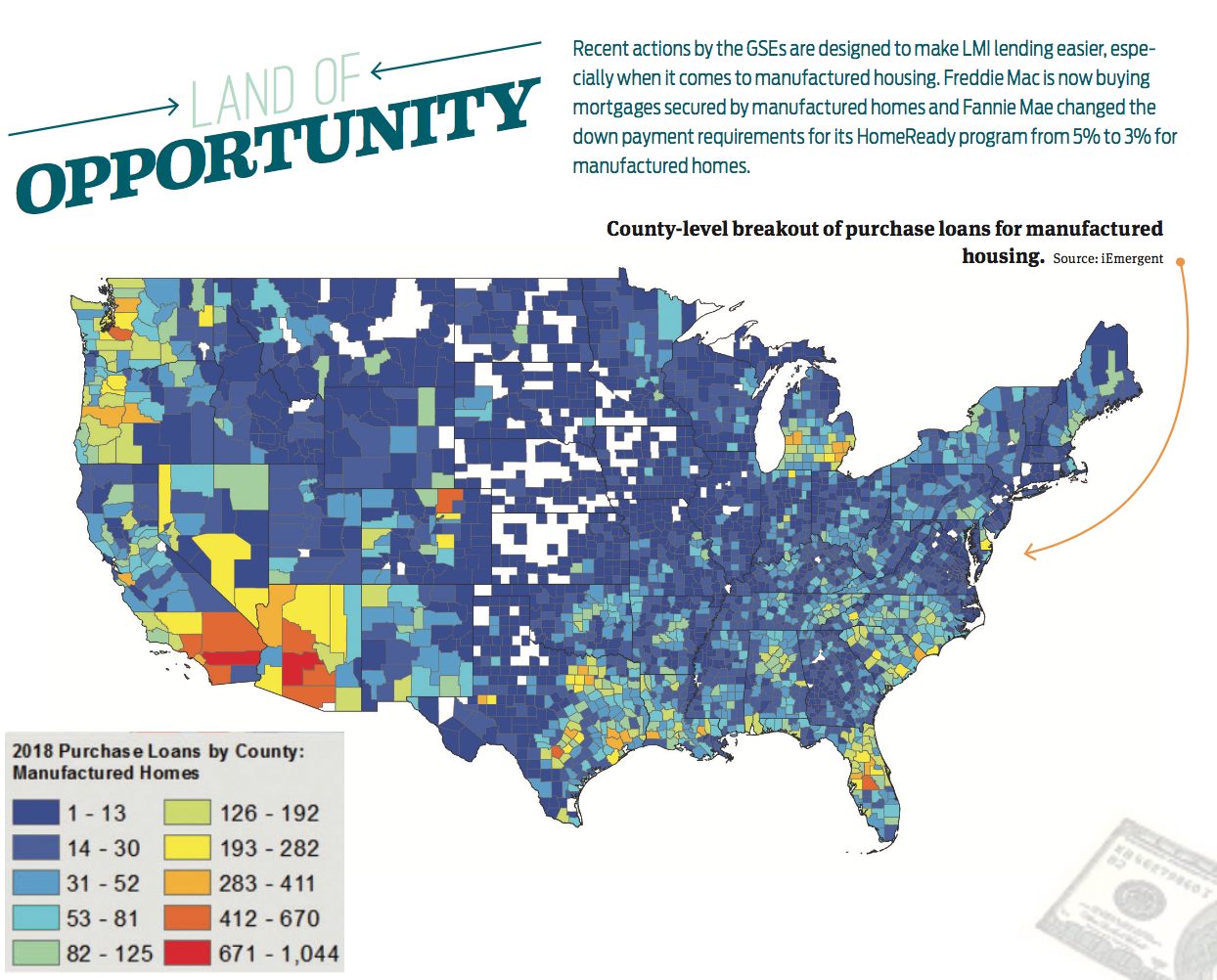 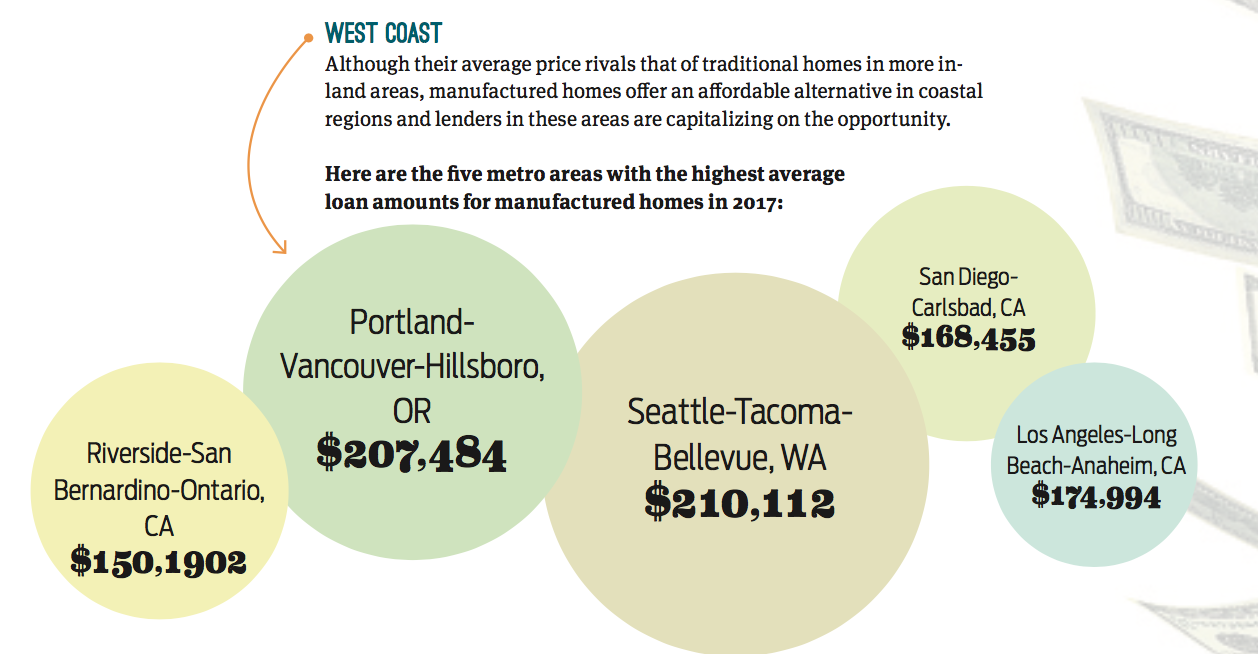 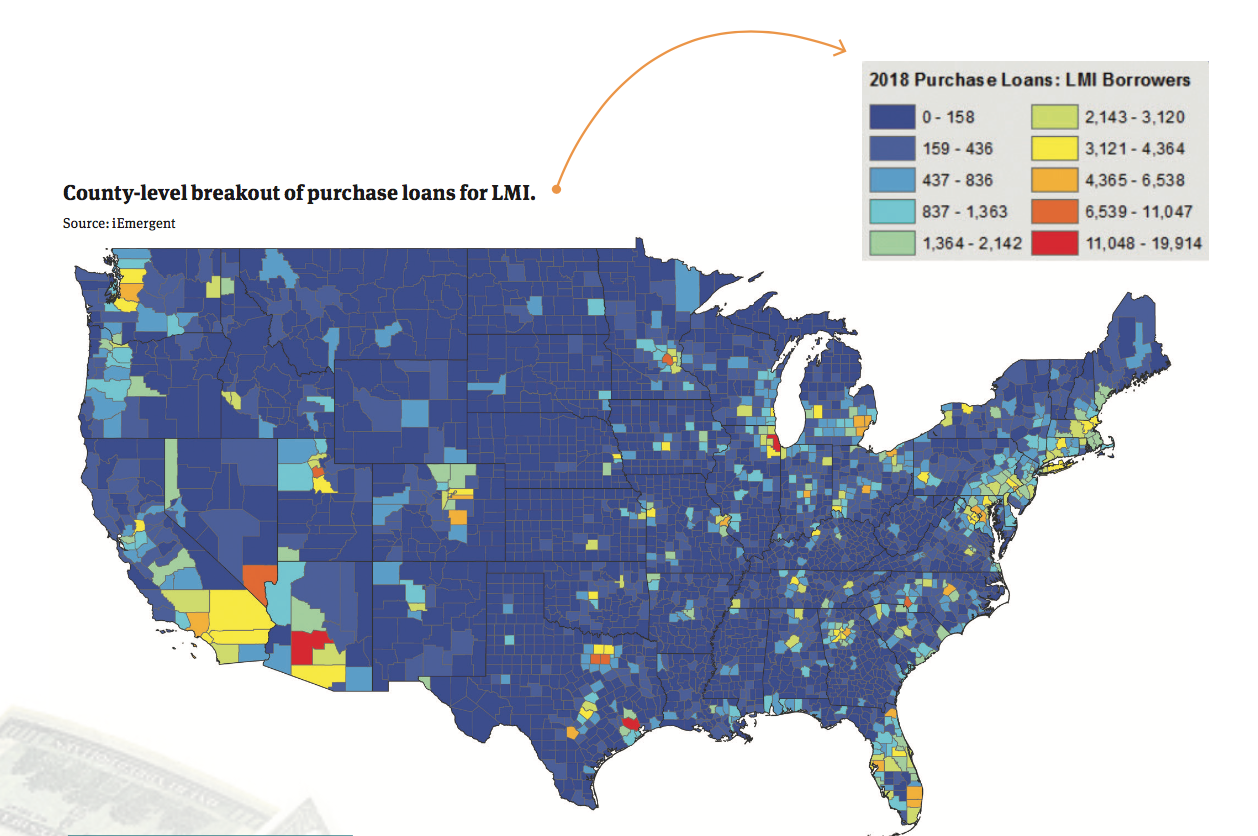 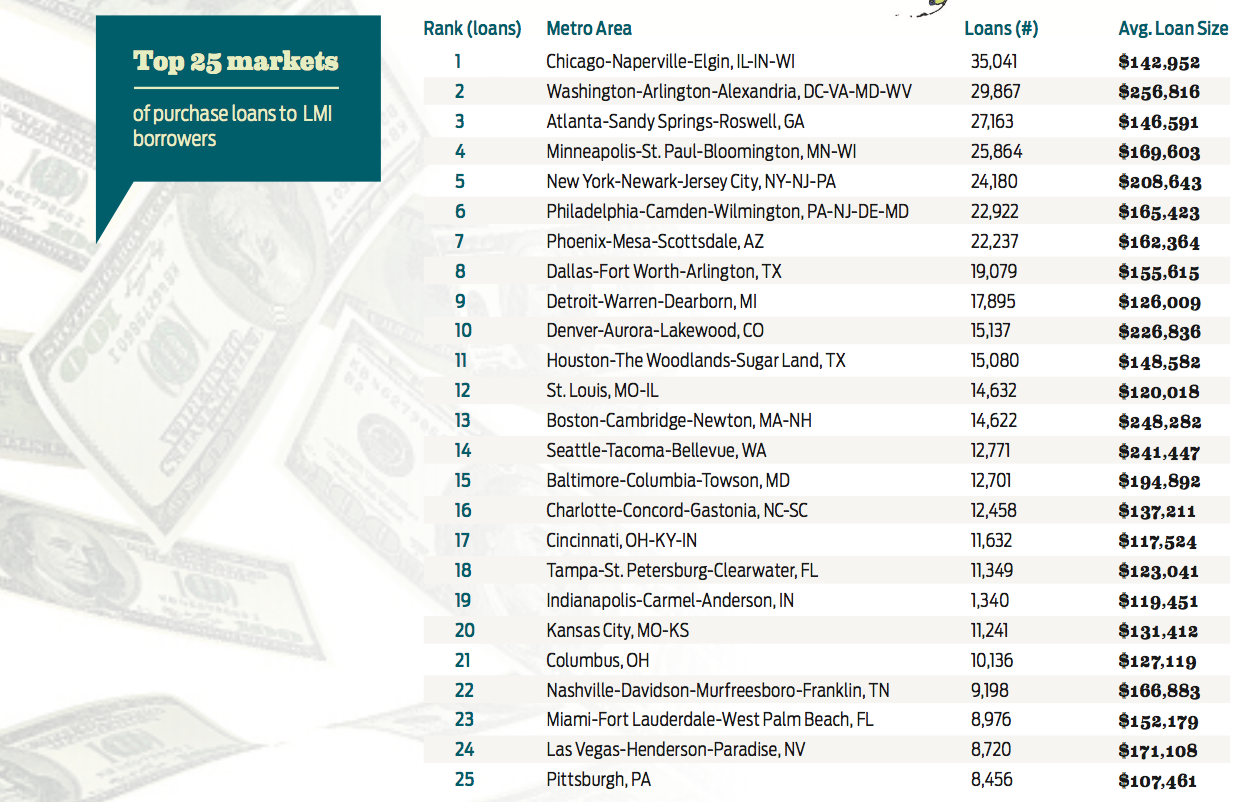 How the Delta variant may impact the housing market

How should you look at data on the housing market to tell if things are returning to normal? HousingWire’s lead analyst answers. HW+ Premium Content

5 steps to choosing a home that will appreciate

By investing money into your property through renovations and upgrades, you can ensure home appreciates from the original purchase price.