Freddie Mac Chief Economist Sam Khater said the one-two punch of strong job and consumer credit growth drove mortgage rates up to their highest mark since the second of August.

According to the Primary Mortgage Market survey, the 30-year fixed-rate mortgage averaged 4.6% for the week ending Sept. 6, 2018, rising from 4.54% last week, and still remains to be significantly higher than last year’s rate of 3.78%.

“Mortgage rates are currently 0.82% higher than a year ago, which is the biggest year-over-year increase since May 2014,” Khater stated. “Looking ahead, annualized comparisons for mortgage applications may look weaker than they appear, but that’s primarily because of the large spread between mortgage rates now and last September, which was when they reached their low for the year.” 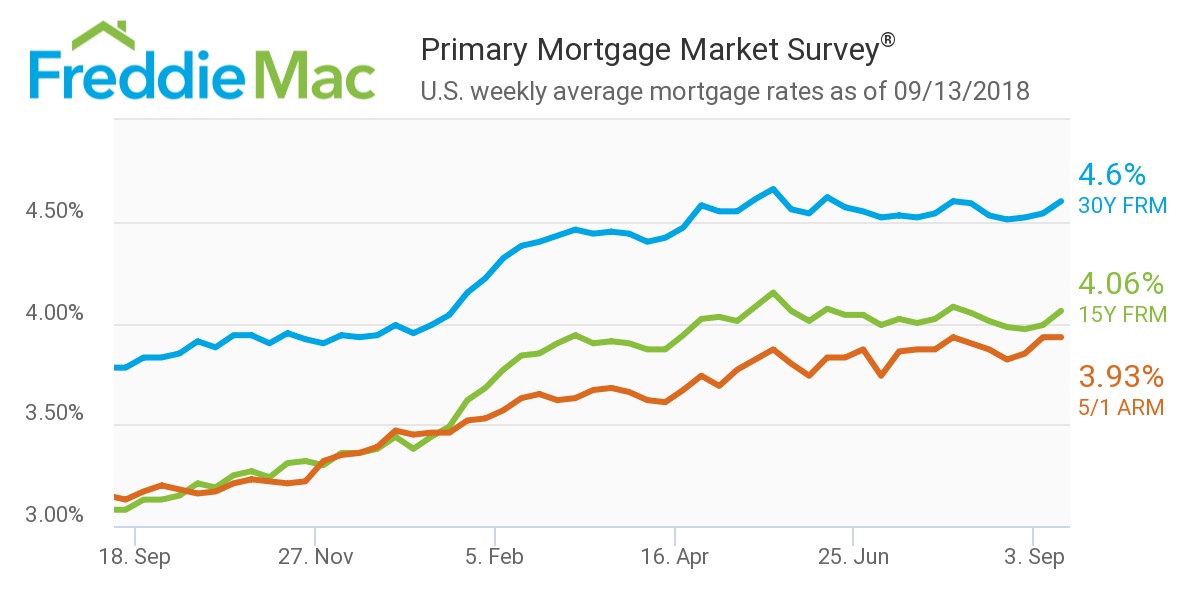 The 5-year Treasury-indexed hybrid adjustable-rate mortgage remained unchanged at 3.93% this week, which is still up from this time last year when it was 3.13%.