When Henry Smith joined NotaryCam in 2012 it was still a division of Settleware Secure Services. At the time, NotaryCam was a typical nine-to-five operation, growing at a rate of just 50 new users per month. 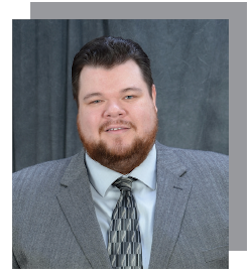 Smith was promoted to director of notary operations when he joined NotaryCam full-time in 2015. Ever since, he has been a driving force behind NotaryCam’s growth.

Customer service excellence is one of NotaryCam’s defining values and key differentiators. The company maintains a 99.8% customer satisfaction rating.  This outstanding quality and consistency starts with Smith. In August 2014, Smith founded NotaryCam Academy, the company’s formal program for training, graduating and onboarding professionally certified eNotaries. He continues to oversee the academy’s curriculum and operations and since its launch, NotaryCam Academy has graduated dozens of eNotaries — all of whom report to Smith, who manages their ongoing performance.

“He has been a driving force behind NotaryCam’s growth and success, helping NotaryCam grow 100-fold to serve customers in all 50 U.S. states and over 70 international countries.”