Freddie Mac’s report, which was released Thursday morning, shows that the 30-year fixed-rate mortgage rose to an average of 4.04% for the week ending Jan. 18, 2018.

That continued a recent trend of mortgage rates climbing. Last week, the 30-year mortgage checked in at 3.99%.

In fact, this week’s average of 4.04% was the first time that benchmark interest rate broke 4% since July 2017. Interest rates are also the highest they’ve been since May 2017. A year ago at this time, interest rates averaged 4.09%. 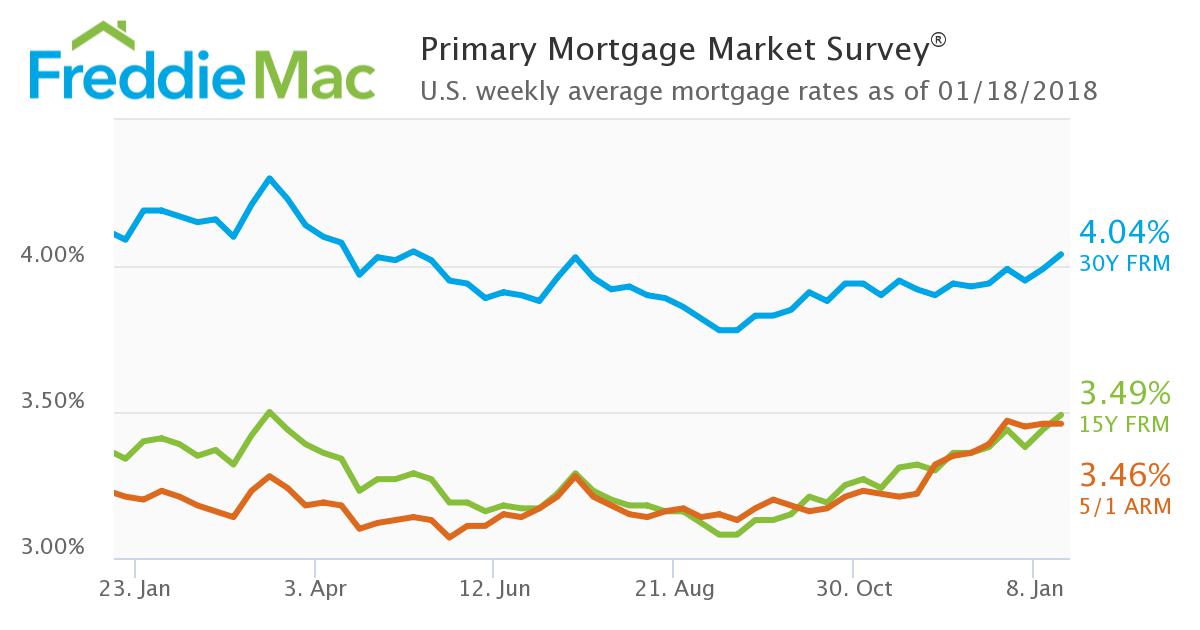 Last week, Zacks, which provides research for investors, predicted that interest rates would climb due to the rise in Treasury yields, and that's just what happened. Here’s Zack’s explanation of the relationship between Treasury yields and mortgage rates:

So, as Treasury yields rise, so do mortgage rates.

And as Freddie Mac Deputy Chief Economist Len Kiefer explains, interest rates may not fall back below 4% for some time, if at all.

“Some may be wondering if this is the last time we'll see a three handle on the 30-year mortgage rate,” Kiefer said. “Never say never, but inflation is firming, the Federal Reserve’s Beige Book indicates broad-based economic growth and labor markets are tightening. This means upward pressure on long-term rates, like the 30-year fixed-rate mortgage, is building.”

The 5-year Treasury-indexed hybrid adjustable-rate mortgage averaged 3.46% this week, unchanged from last week. A year ago at this time, the 5-year ARM averaged 3.21%.

How much could wire and title fraud cost lenders?

With loan production costs on the rise and the resulting margin compression, lenders should be on the lookout to reduce costs wherever possible in the origination process.