Home prices continued to rise in September, however not fast enough to keep up with homeowners’ expectations, according to Quicken Loans National Home Price Perception Index.

But according to First American Chief Economist Mark Fleming, it is not uncommon for homeowners to be out of alignment with appraised home values. He explained homeowners tend to add value to aspects of their home that an un biased appraiser won't such as decor or landscaping choices. And while this is especially true in a declining market environment as consumers struggle to accept their home is not worth as much as it used to be, even homeowners in a market with rising home prices tend to get ahead of themselves and overvalue their homes.

The chart below shows that, although the gap between opinions got off to a rough start in 2017, it since has been trending back toward equilibrium. September marked the fourth consecutive month where the gap narrowed. 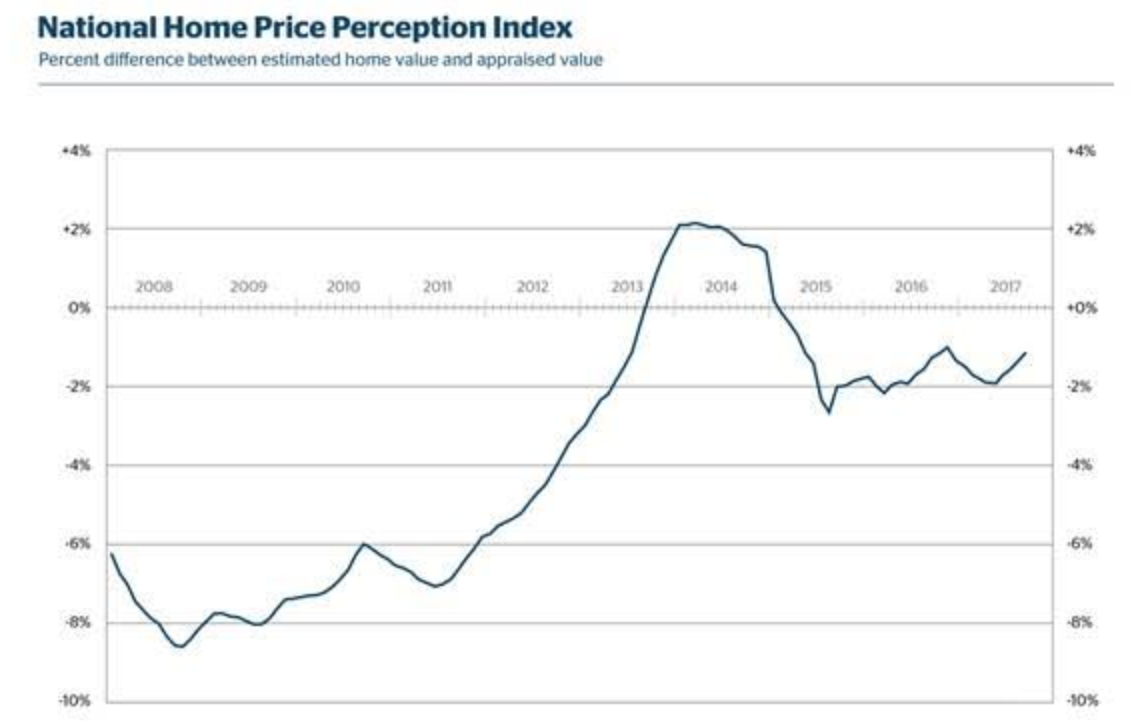 Quicken Loans’ Home Value Index, a measure of home values based solely on appraisal data, showed home prices increased 0.44% from August to September, and 3.38% from September 2016.

But quicker home price growth in some parts of the country caused some homeowners to be unable to keep up with the rising home price growth, Quicken Loans explained to HousingWire. In Dallas, for example, the average appraised value came in 2.87% higher than homeowner opinions. The chart below shows the gap amid different metros across the U.S. 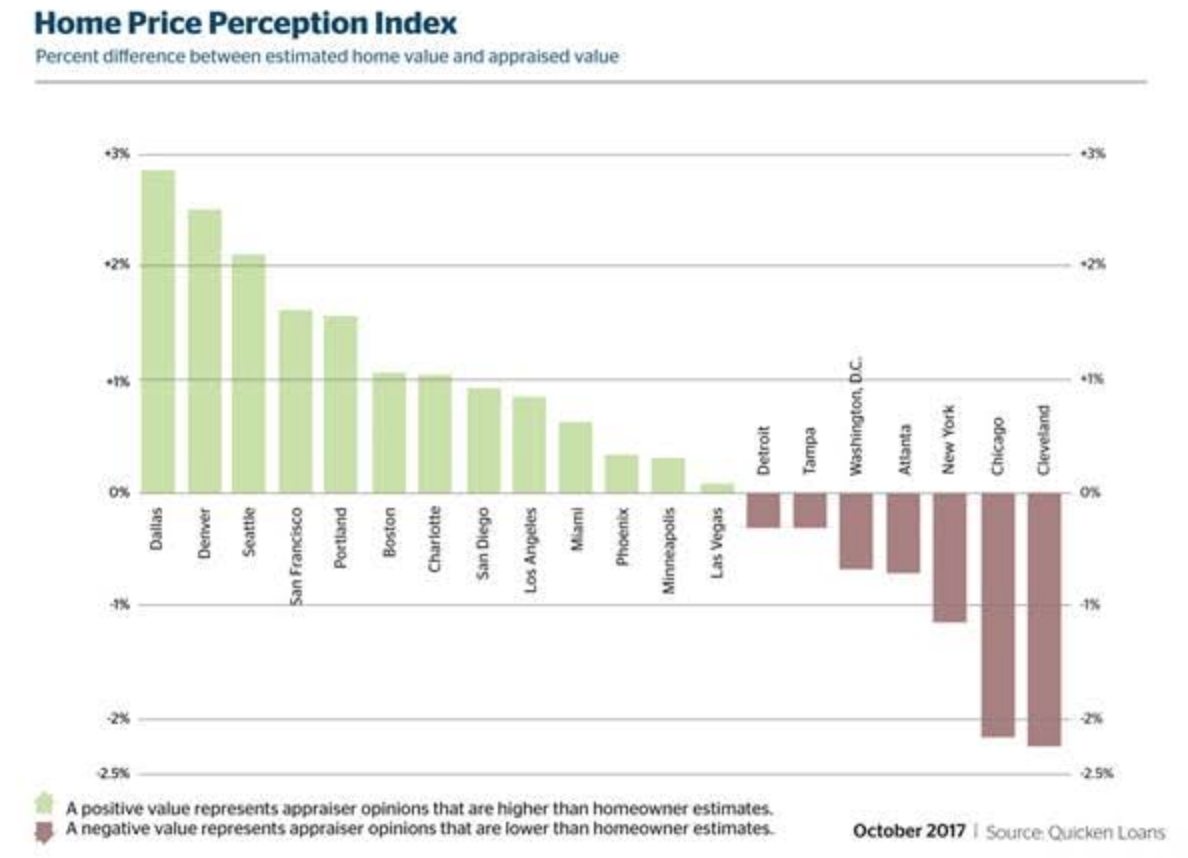 “An appraisal can vastly impact the mortgage process,” said Bill Banfield, Quicken Loans executive vice president of capital markets. “This number alone can impact how much a buyer needs to bring to closing, or the current equity a homeowner has when refinancing.”

“If homeowners are aware of local home values and how they are changing, it will assist with a smoother mortgage process,” Banfield said.

Keller Williams has launched its new neighborhood-based home search app to coincide with the updated website that was launched earlier this year.