While outright homeownership increased among Baby Boomers after the last recession, they still lag previous generations, and may never catch up, according to the Fannie Mae Economic and Strategic Research Group’s latest Housing Insight Series.

At one end of the spectrum, older generations such as Baby Boomers criticize Millennials for waiting longer than their generation to buy a home, however even Boomers are failing to keep up with the pace set by the generation before them.

Baby Boomers are much less likely to own their home outright, that is – without a mortgage, than the generations before them, and probably won’t be able to catch up before reaching retirement age.

“The leading edge of the large Baby Boom generation has reached retirement age with a greater likelihood of carrying housing debt, raising concerns about their retirement financial security,” Fannie Mae’s report stated. “The oldest Boomers, who were aged 65 to 69 in 2015, were 10 percentage points less likely to own their homes outright than were pre-Boomer homeowners of the same age in 2000.”

The chart below, which uses data from U.S. Census Bureau and the 2000 Census and American Community Survey, shows 26% of Baby Boomers aged 50 to 54 in 2015 owned their home outright, compared to 22% of homeowners of the same age in 2000. 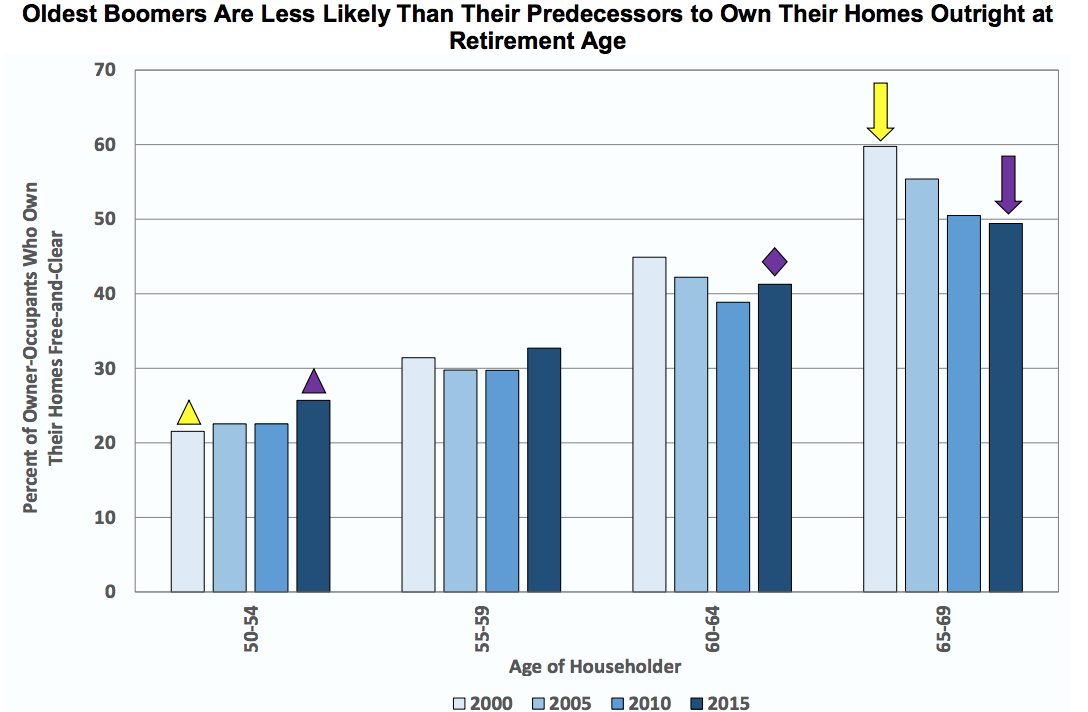 But despite this uptick, even the youngest Baby Boomers will likely not be able to pull up their outright homeownership rates to the level of previous generations.

The relatively high incidence of housing debt among Boomer homeowners has the potential to strain their retirement finances. Given that income typically declines in retirement, monthly mortgage payments could stretch the household budgets of Boomers who exit the labor force without first extinguishing their housing debts. Indeed, among Boomer homeowners aged 65 to 69 in 2015, those with mortgages were over three times more likely to experience a housing cost burden than were those who owned their homes outright.

The chart below shows the youngest Boomers will come the closest at 58%, compared to 59.8% among previous generations. The oldest Baby Boomers will come in significantly lower with a share of 49.4% reaching free and clear homeownership by retirement age. 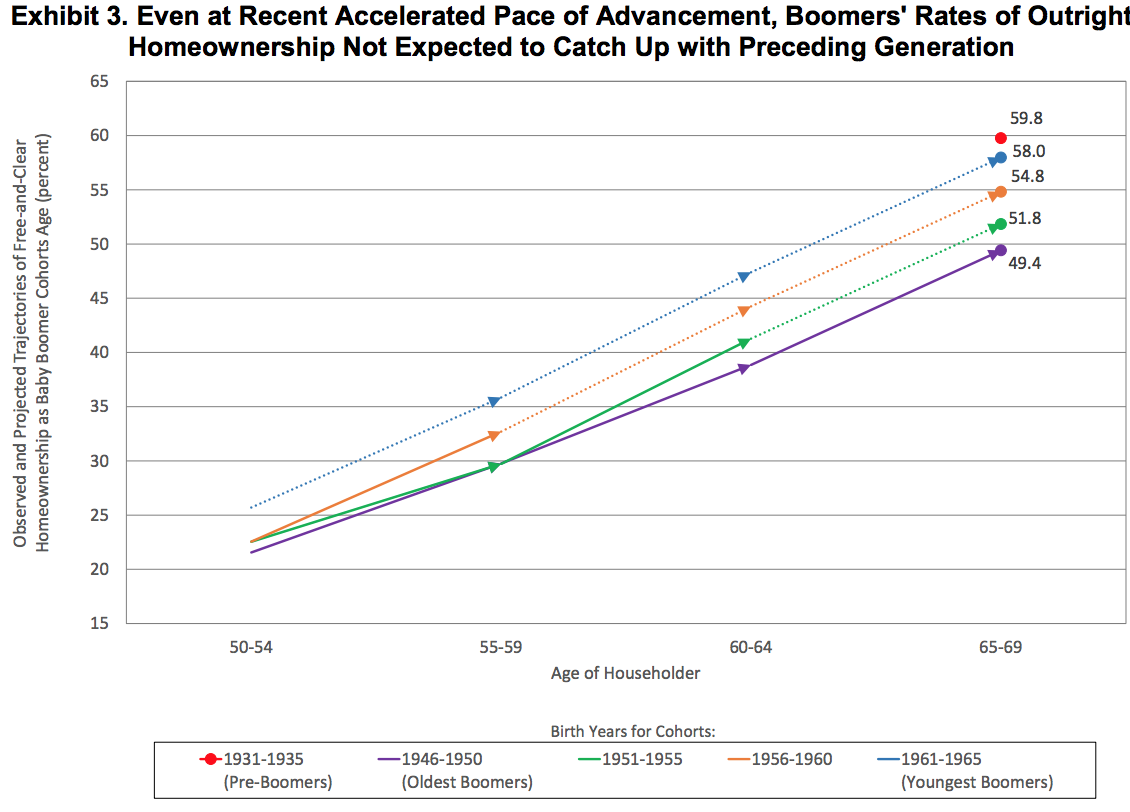