As home prices continue to rise across the U.S., the dreaded b-word is beginning to be heard in some overheated markets.

However, many companies insist that despite the 8.3 million low-income residents who can’t afford their local rent, according to a new study from the U.S. Department of Housing and Urban Development, the housing market is still not in a bubble.

The most recent Case-Shiller results pointed out the housing market is growing more expensive, however it is not about to repeat the bubble years.

Ten-X, an online real estate company, became the latest company to explain the housing market is not at risk of a bubble anytime soon, according to an article from Seeking Alpha. The chart below from Bloomberg shows home prices already passed up the 2005 and 2006 levels. 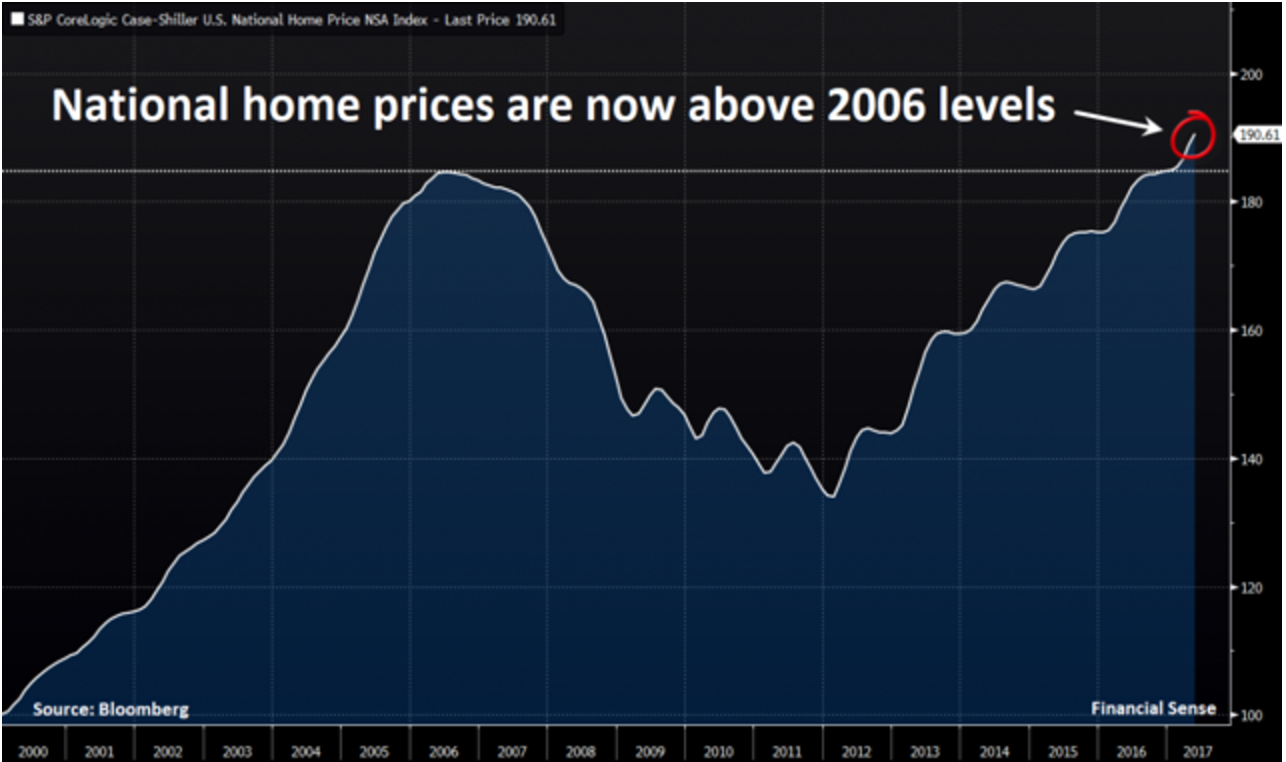 “We're definitely not in a bubble. We have a handful of markets that are frothy and probably have hit an affordability wall of sorts but the fact of the matter is, while prices nominally have surpassed the 2006 peak, we're not talking about 2006 dollars. We've had 9 years of inflation to factor into home prices today…and, in fact, if you really dug into the analysis what you would find is that home prices today have basically recovered to about where they were in 2004.”

The chart below shows how inflation-adjusted home prices compare to their previous peak: 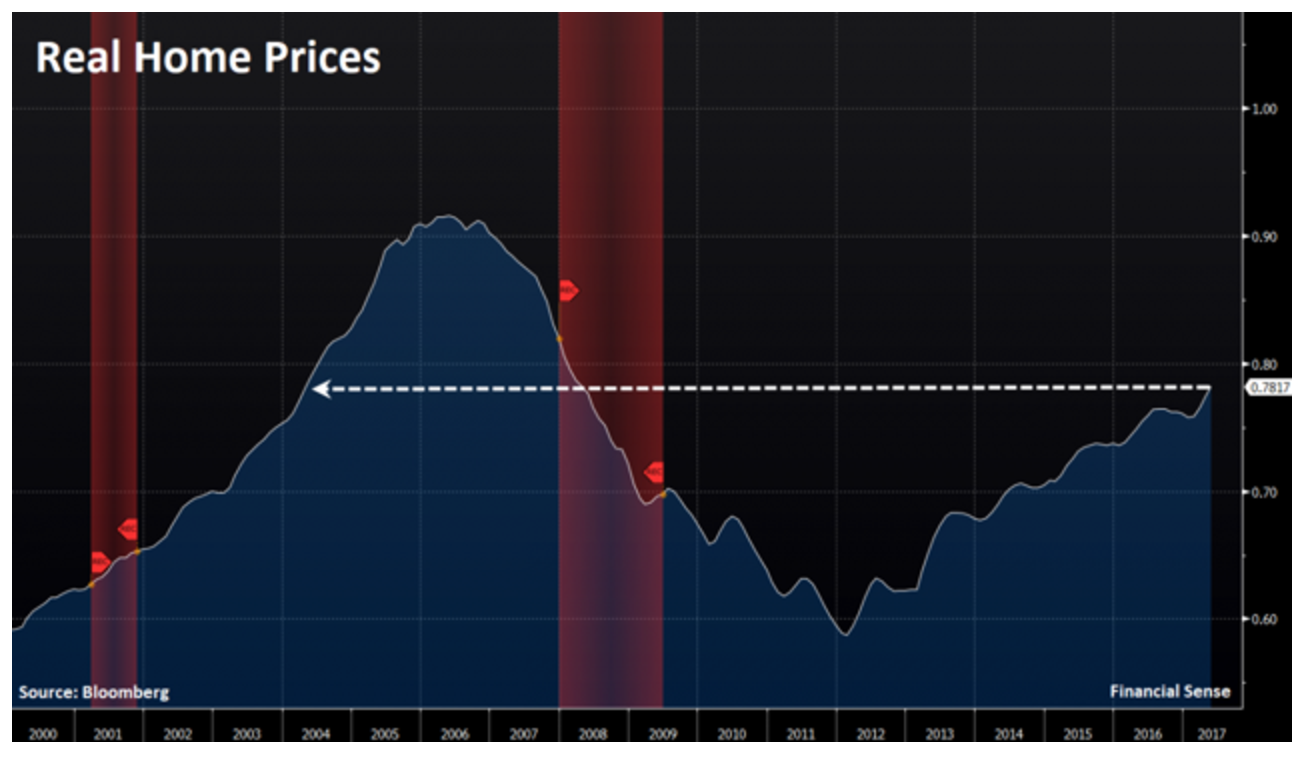