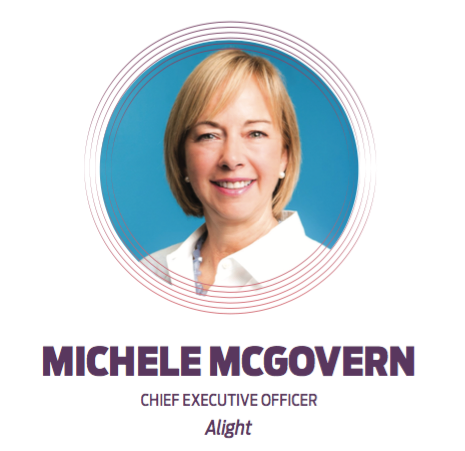 Michele McGovern is the CEO at Alight, a SaaS-based software company whose flagship product, Alight Mortgage Lending, enables senior executives of independent mortgage banks to forecast the future by comparing multiple scenarios and immediately seeing the financial impact of every decision before it is made.

In 2016, McGovern led Alight through substantial growth — doubling the customer base and staff at Alight, and significantly ramping the firm’s revenues. During the past year, Alight has run over $80 billion in originations through its platform.

In July, Alight announced the closure of a Series A funding round for $11 million that included Caterpillar Venture Capital Inc. The funding is targeted toward driving the rapid scaling of the firm’s mining and mortgage industry verticals and the expansion into new industries, including the addition of two new verticals in 2017.

Prior to joining Alight, McGovern was the CEO and/or the founder of five companies, ranging from buy- and sell-side technology for Wall Street firms to important tech industry consultancies.

A significant focus of McGovern’s leadership has been actively recruiting the best and brightest to Alight. Her efforts include both the recruiting and cultivation of full-time Millennial employees, and also a robust internship program at Alight that has led to a remarkably high conversion rate to full-time employment at the company.

McGovern is also deeply committed to investors and has delivered very strong returns to every group of investors, at each company she has led, both publicly and privately held.