Nicole Abraham started in the mortgage business right out of high school as a receptionist, eventually rising through the ranks first as a processor and then an underwriter. Abraham joined Academy in 2012 and took over as vice president of production operations in 2016.

She oversees operations for 11 regions consisting of more than 400 employees. Her responsibilities also include coaching and growing individuals throughout the organization.

Since Abraham joined Academy’s executive team, the company has experienced record-breaking growth, with an all-time high of $9.2 billion in loan volume in 2016. Academy is now licensed to originate loans in 49 states and the District of Columbia, with over 260 branches and 2,400 employees nationwide.

Abraham serves on committees for several of Academy’s highest priority initiatives. She was tasked with building the process development team, co-chaired the Encompass core committee and was an instrumental member of the TRID core team. 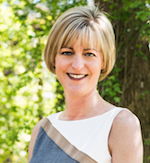 WHAT'S THE BEST PIECE OF ADVICE YOU'VE EVER RECEIVED?

Lead with trust. The moment you extend trust, you begin a relationship like no other. Information-sharing flows more easily. Those you lead become more loyal. The speed in which things are accomplished increases. This is a relationship-based business. The more we can all learn to trust in each other, the more that can be accomplished together.