Borrowers continued to get better at paying their mortgages as they move further into the year, with more people reported to be paying their mortgage on time than last year, according to the Office of the Comptroller of the Currency’s Mortgage Metrics Report for the second quarter 2016.

The report noted that while the overall performance of mortgages in this report remained relatively unchanged from the previous quarter, it improved from a year earlier.

The percentage of mortgages that were current and performing at the end of the second quarter of 2016 was 94.7%, compared with 93.8% a year earlier. 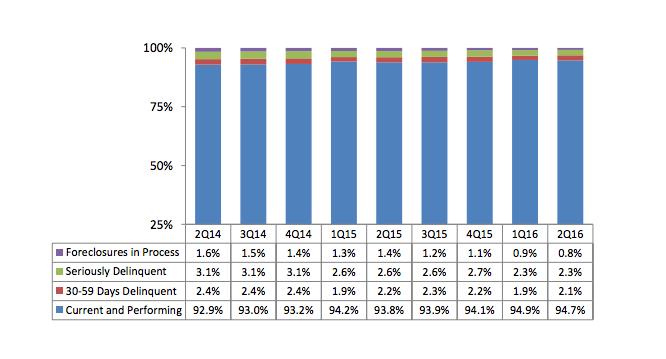 The report also recorded that as of June 30, 2016, the reporting banks serviced approximately 20.7 million first-lien mortgage loans with $3.6 trillion in unpaid principal balances. This $3.6 trillion was 37% of all first-lien residential mortgage debt outstanding in the United States. 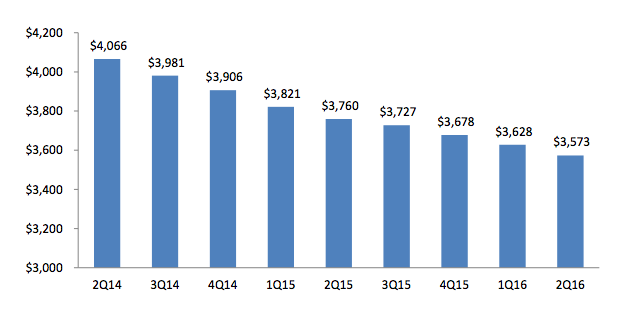 While the first-lien residential mortgage loans serviced by seven national banks with large mortgage-servicing portfolios is shrinking, it doesn’t mean the overall mortgage market is shrinking.

Instead, the servicing share that the seven banks hold is dropping.

A study last year by a senior fellow and a researcher at the Mossavar-Rahmani Center for Business and Government at Harvard’s Kennedy School posted that the nonbank market share of agency purchase mortgage originations is growing at an astronomical pace, moving from 27% in mid-2012 to 48% in late 2014.

In addition, servicers initiated 48,732 new foreclosures in the second quarter of 2016, a decrease of 17.3% from the previous quarter and 31.1% from a year earlier.