“This is the first week since June that mortgage rates were above 3.48%, snapping an 11-week trend,” Becketti continued. 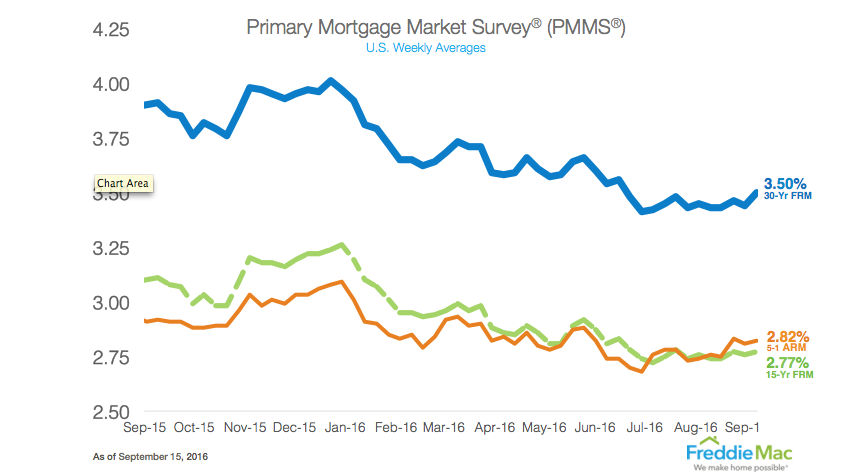 The 5-year, Treasury-indexed hybrid adjustable-rate mortgage increased slightly from 2.81% last week to 2.82%. This is down from 2.92% last year.

Could this mean market conditions are ready for a rate hike in September? Either way, they are now at a point that warrants a “serious discussion," according to Dennis Lockhart, Federal Reserve Bank of Atlanta president.