‘Rising rents’ are quickly encroaching upon ‘a life event’ as the top reason homebuyers will look to purchase a home.

As it stands, one in four homebuyers is looking to purchase because their rent is too high, according to a Redfin survey of 750 homebuyers this month. 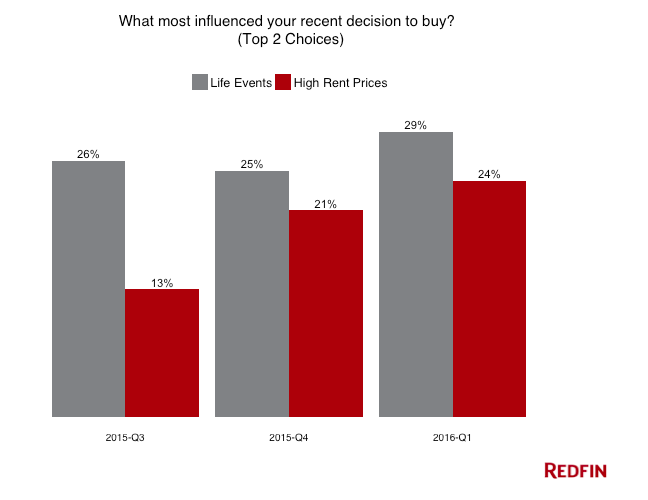 When asked what most influenced their decision to buy, Redfin said that the only choice buyers cited more frequently was a major life event, such as the birth of a child or a marriage.

Meanwhile, Zillow, recently released a report saying that rent appreciation is finally projected to cool down in 2016, giving renters a much-needed break from what seemed to be never-ending price increases.

"The slowdown in rental appreciation will provide some relief for renters who've been seeing their rents rise dramatically every single year for the past few years. However, the situation remains tough on the ground: rents are still rising and renters are struggling to keep up,” said Zillow Chief Economist Svenja Gudell.