Earlier this week, HousingWire revealed the details on Mr. Cooper, the new brand that Nationstar will be launching soon as part of a rebranding effort, and it looks like you’ll be able to get your hands on Mr. Cooper swag, at least for the time being.

While Nationstar has not officially disclosed its plans for Mr. Cooper, or even its sheer existence as a brand, sources told HousingWire that Nationstar employees received “swag bags” earlier this week, complete with Mr. Cooper-branded materials, including coffee mugs, stainless steel water bottles, pens, notebooks, and plastic toy eyeglasses.

But since that article went live on, the Instagram posts from Nationstar employees that mentioned Mr. Cooper and showed the branded materials have been deleted.

Fear not though, as the general public can apparently buy their own Mr. Cooper-branded swag, thanks to an online store that appeared this week complete with several items featuring the Mr. Cooper logo. Or at least that was the case of of Friday, Jan. 29.

HousingWire captured the particulars of the Mr. Cooper store in a series of screenshots that are presented below.

The home page of the store can be seen in the image below. Click to enlarge. 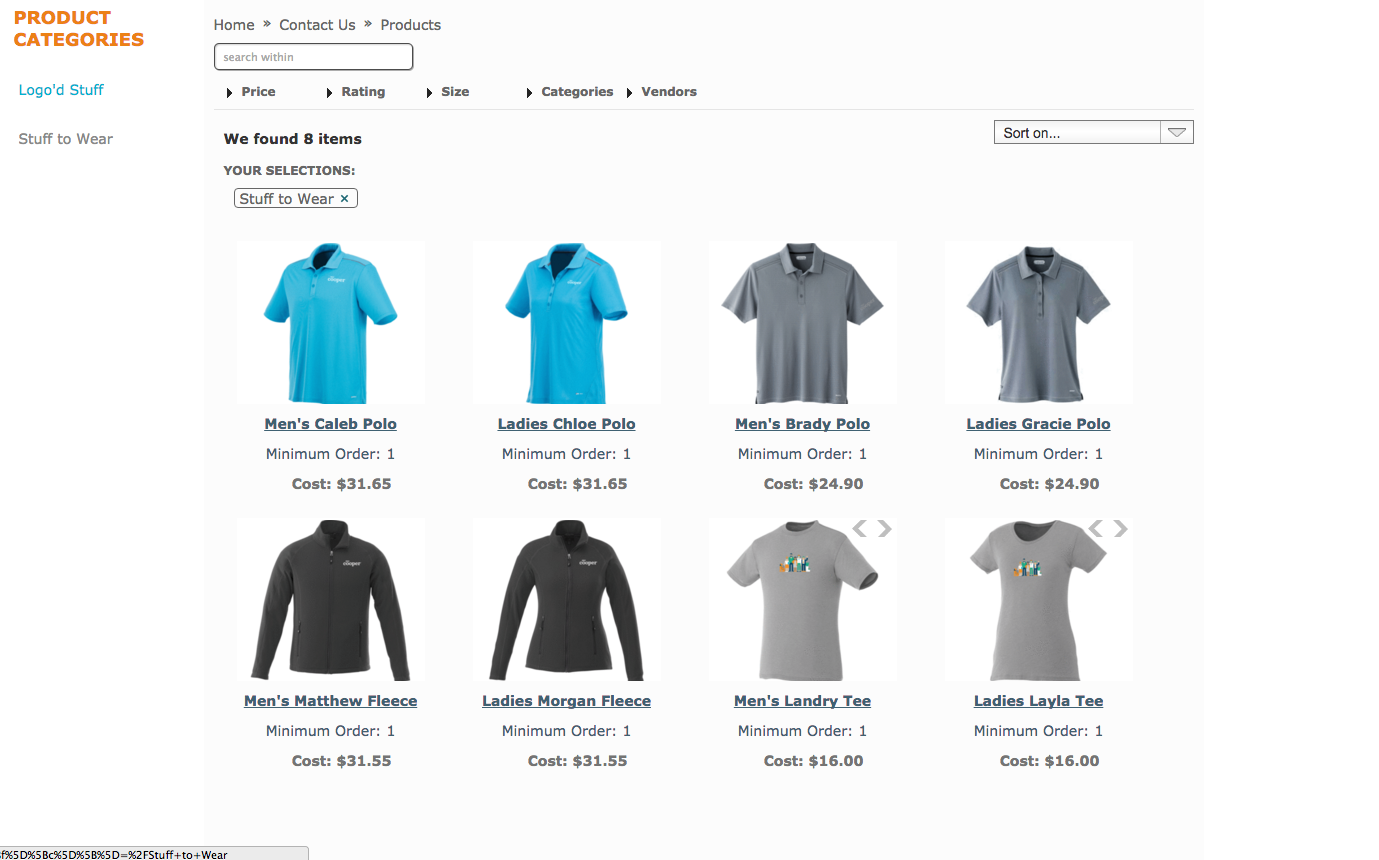 One could also buy a Mr. Cooper journal, tumbler, pad of paper, and a pen.

There's also a stress reliever, complete with the Mr. Cooper logo and the message “We exist to keep the dream of homeownership alive.”

And in case there was any doubt about Mr. Cooper being Nationstar’s property, the online store’s mailing address – 8950 Cypress Waters Blvd. Coppell, Texas 75019 – is the same as Nationstar’s main office.

Additionally, the “contact us” page for the Mr. Cooper online store lists a Nationstar employee as a point of contact.

It’s likely that Nationstar is not aware that the website is publicly viewable, considering that HousingWire’s source suggested that the online store is a vendor site or a company store, not intended for public view.

But as stated above, in the following days, the online store was made inactive, or at least not publicly accessible.

Given Nationstar’s response to HousingWire’s investigation into its rebranding efforts, HouinsgWire predicted that it was possible (or probable) that the online store will be made private, as Nationstar appears to be not yet ready to publicly discuss Mr. Cooper and what it means for the company. And that's just what happened.

As stated above, all mentions of Mr. Cooper appear to have been scrubbed from Instagram after HousingWire reported on it.

Additionally, HousingWire reported in December that Nationstar appeared to be undertaking a rebranding effort.

In December, HousingWire reported that Nationstar had “recently engaged” a Los Angeles-based “brand strategy firm” called Phenomenon to assist in “defining a bold new brand strategy and validate it through direct consumer research.”

While it is unclear in December what exactly Phenomenon was going to do for Nationstar, that information was found in a job posting on Nationstar’s job board.

According to the job posting, which is still live Nationstar’s website, the real key to Nationstar’s plans with Phenomenon was the creation of “flagship brand” for the company.

“As a result of this strategy, it is likely that Nationstar will consolidate multiple existing brands and create a new flagship brand for the company,” the posting stated.

But the job posting has since been edited to remove all mentions of Phenomenon and any Nationstar rebranding efforts.

On Friday, HousingWire told you that if wanted to buy some Mr. Cooper swag, to do it while you still can.

As it turned out, the opportunity was long gone by the time most people read this sentence.