One57 is officially the most expensive building in New York City, surpassing 15 Central Park West, according to the semiannual CityRealty 100 report. 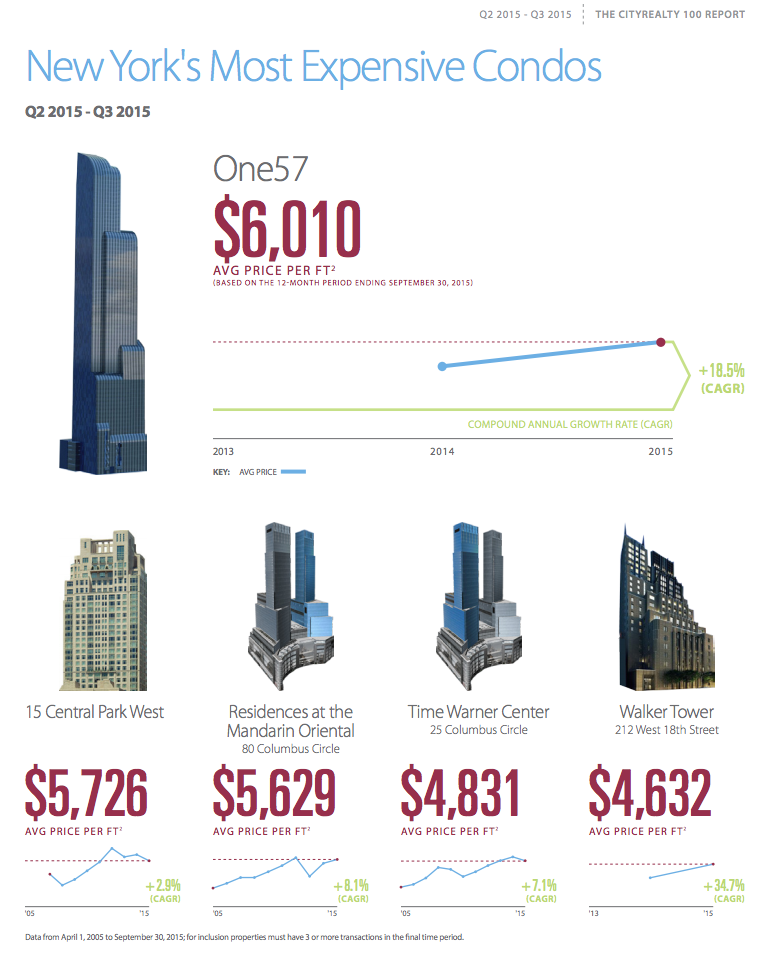 While the average price per square foot has decreased 8% over the last 6 months, prices are expected to rise in the CityRealty 100 over the next year due to closings in new developments that have been added to the index – including 432 Park Avenue, The Greenwich Lane, and 30 Park Place.

The CityRealty 100 report tracks the CityRealty 100 index, which is comprised of the top 100 condominium buildings in Manhattan as a measure of the overall performance of the luxury New York City real estate market.

However, these number shouldn’t come as a surprise given that it’s not new information that the cost of housing is ridiculous in NYC.

A July report from Douglas Elliman showed that it’s never been more expensive to live in Manhattan.

The average sales price for a Manhattan apartment was $1,872,000 in the second quarter, which, according to Douglas Elliman’s data, is an all-time high.

Reports of another outrageous home sale in New York City came out in June saying that a mystery buyer, believed to be from Qatar, could be on the verge of buying the most expensive home in the history of the U.S.

According to a report from The Real Deal, which focuses on New York real estate, a Qatari buyer is considering combining several penthouse apartments at an “ultra-luxe” development in Central Park South into one massive apartment.