Current CEO and co-founder Jeff Frieden will remain fully engaged with the company as Auction.com’s executive chairman. Morse joined Auction.com in May of last year, and has served as its chief financial officer.

“I’m very proud of what we’ve accomplished, of the team we’ve put together, and of the pivotal role Auction.com has played in moving real estate transactions online,” Frieden said. “As our company has grown and evolved, I began looking for someone with experience running a larger, public company – someone who understands technology, can work with the capital markets, and who has the operational expertise to take our vision and execute it on a global scale. I think Tim is the perfect person to take the company to the next level, and his leadership will help Auction.com expand our ongoing efforts to transform how real estate is bought and sold." 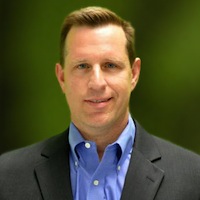 The company has sold over 165,000 residential and commercial properties since being founded in 2007, totaling over $30 billion, and has grown steadily during this period. There were over 49,000 properties sold on the Auction.com platform in 2014 alone.

“This is an exciting time in the company’s history, as we begin to move into the residential and commercial retail markets, and complete our transition from an auction company to a true online marketplace, leveraging internet technology to deliver a much better experience for buyers, sellers and real estate professionals,” Morse commented. “Jeff is a visionary and an extraordinary entrepreneur who took a brilliant idea and built it into a company disrupting a $1.6 trillion industry. I’m honored to take on the role of Auction.com CEO, and am humbled that Jeff has entrusted me with the company he created.”

In addition to his positions at Yahoo!, Morse was previously a member of the Board of Directors of Alibaba Group, CFO at online advertising start-up Adap.tv, which was acquired by AOL, CFO at Altera Corporation, and CFO and General Manager of Business Development for GE Plastics.