The housing market is trudging along, at best, according to Clear Capital’s May Home Data Index. This includes seven markets, considered “major” in density and culture, which are in bubble territory.

The seven markets landed the “bubble” title after two years of consecutive quarterly softening, meaning each subsequent quarter, over the two year period starting May 2013, has seen less growth than the previous quarter.

And as for any anomalies, Clear Capital ruled out seasonality since two summers and winters have gone by with no observed impact on the softening. 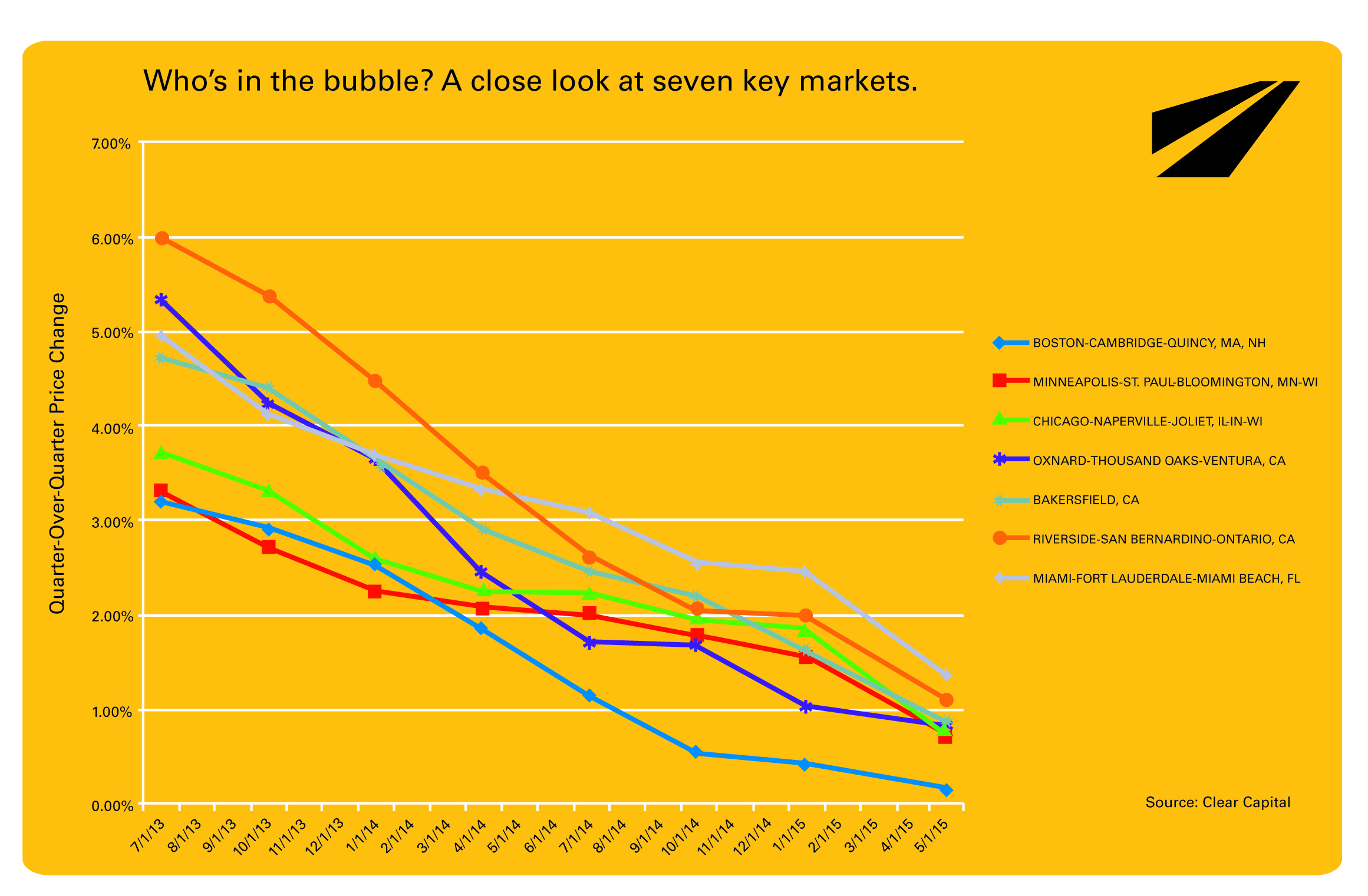 “While it may come as no surprise that key markets with booming tech economies, like the San Francisco Bay area, are in bubble territory, there are seven others that meet our same definition of a bubble,” said Alex Villacorta, vice president of research and analytics at Clear Capital.

“After two years of moderating gains, originating from the irrational exuberance of once-in-a-lifetime deals, quarterly growth has decreased, stagnating to less than 1% in all markets except the Riverside, California and Miami, Florida after observing an average rate of 4.4% two years ago,” he added.

“Seven markets is certainly cause for concern and cumulatively bubbles bursting across the nation could put the June and spring rush for housing on the back burner,” she continued.

And the nation’s results are not faring too much better.

While May’s top performing markets continue to see improvements, no one market is on pace to match the rates of growth observed over the last 12 months.

“In other words, something big needs to happen for the nation’s steadiest markets to best their current yearly rates of growth, something that has yet to be seen in force as we enter the height of the real estate season,” the report stated. 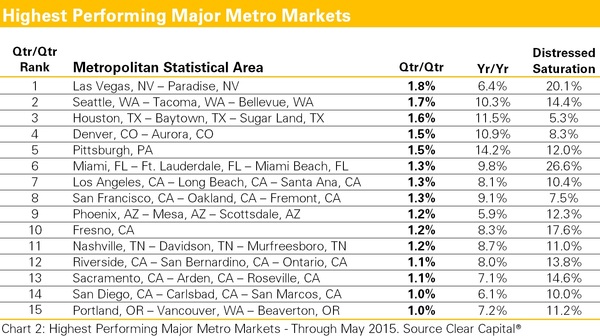