Conservative political pundit Mary Matalin will be the Tuesday keynote speaker at this year’s ABS West in Las Vegas February 8-11.

The Structured Finance Industry Group and IMN are co-hosting their second, and the largest, capital markets conference in the world, ABS Vegas 2015.

This is the second ABS West conference since the split of SFIG from the American Securitization Forum. 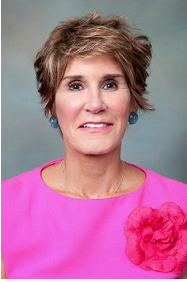 This year’s will be at the Aria Resort & Casino in Las Vegas. The three-and-a-half day program is developed by leaders within the structured finance industry representing the full spectrum of industry participants including investors, issuers, financial intermediaries, regulators, law firms, accounting firms, technology firms, rating agencies, servicers and trustees.

“Mary Matalin is one of the most celebrated and popular conservative voices in America. As an author, television and radio host, and widely sought after political contributor, pundit and public speaker, she has become noted for her straightforward manner and insightful political repartee,” the SFIG/IMN announcement says. “Among her many roles and accomplishments, she has served under President Ronald Reagan, made her mark as George H.W. Bush's Campaign director and most recently as assistant to President George W. Bush, and as assistant and counselor to Vice President Dick Cheney, making her the first White House official to hold that double title.”

The Republican writer Matalin was a hit at the Bipartisan Policy Center’s Housing Summit in September, with a keynote address alongside her Democrat husband, James Carville. HousingWire attendee's to the event will tell you, her talks are worth a watch.

These counties are most vulnerable to coronavirus’ impact on housing

The top 50 most vulnerable housing markets include four in New York, three in Connecticut, 10 from Florida, only two between California and the Southwest.