The private-label mortgage securities market is not recovering, despite being a critical part of mortgage financing and the additional credit it can make available.

That was the consensus of one group of key panelists at the Bipartisan Policy Center’s Housing Summit in Washington, D.C. on Monday morning.

PLS MBS have been called “Weapons of Wealth Destruction,” moderator James Lockhart of WL Ross & Co. said, and that perception and the structure that led to the abuses that resulted in the housing crash has to change, panelists agreed.

“Unless investors can get their money back when they are wronged, this isn’t going to happen,” said Scott Simon, former PIMCO managing director.

The problems holding back a non-agency, non-government guarantee market include ongoing GSE conservatorship, the lack of standardization, the lack of a fiduciary overseeing the process, and the inherent, unique problems posed by second liens in housing finance.

Additionally, the rules that are created or that are already in place have to be enforced. 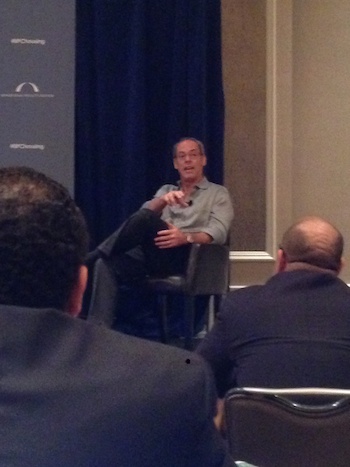 “The documents existed, they just didn’t do what the documents said. You have to remove the incentive to steal money if you want investors back,” Simon said.

Michael Stegman with the Department of Treasury said that the Obama administration wants to see this market come back, because it plays a critical role, and it’s the one major element of mortgage financing and securitization that hasn’t been addressed by such efforts with the creation of the Consumer Financial Protection Bureau, the risk retention rule, Dodd-Frank, and efforts to bring more transparency to the ABS market.

“The last piece of the puzzle is putting in place standards so that investors have confidence in returning to market,” Stegman said. “Done in a safe and secure way – non-agency MBS securitization will bring more credit availability. Now is the time to address the structural flaws to create a healthy PLS market.”

“The biggest complaint … we need someone as a fiduciary. A transaction manager. No one is in charge, no one looking out for investors, total chaos – we need a third-party transaction manager to ensure compliance, monitor performance, review itemized expenses, monitor cash flows and someone who could replace a servicer if necessary,” Matera said. “And any suggestions on how to create this have to be friendly to the senior investor.”

He said he would like to see reforms that establish clear responsibility for servicers, performance metrics, address second liens and that apply the ATR rule to second liens.

Simon said that the biggest challenge as far as he was concerned is that investors don’t want to get burned again, and the structure is not in place to assure them.

“A lot of the things (Stegman and Matera are) talking about would really help, but the biggest challenge is the second liens,” Simon said. “What other market does that exist in where you have 100% of the junior debt after a write down on the senior? (Second liens) leads to rep and warranty violations, servicing abuses, and there’s nothing an investor can do. There has to be some treatment of seconds that make them seconds. You also need to be able to sue. Maybe the trusts get back $75 billion on a $1 trillion hit. They won’t come back for that.

“You have to rejigger this game so you believe that you can actually get their money back,” Simon said.

Laurie Goodman from the Urban Institute Housing Finance Policy Center said, ”We can’t afford purity right now because no one was blameless. Yes, investors are extremely upset because largest banks are settling with investor money – absolutely true and wrong, but that ship has sailed.”

What can be done, Goodman said, is that there can be more transparency – clarify limits, require more disclosure and give investors a better idea of how money is spent in settlements to encourage some kind of trust.

Ken Bentsen from SIFMA said he would agree there are some cyclical issues where interest rates are, structural issues which should be resolved with finalization of certain regulations, risk retention, monitor the capital groups and so on, but it’s simply going to take time to bring back investors because they are still dealing with the overhang of the previous abuses.

“It will take time to build confidence back up. It’s going to be an evolutionary process,” Bentsen said.

The panelists were asked if lowering conforming loan limits and increasing g-fees will help get the private sector back before Congress acts.

Stegman said that private mortgage insurance g-fee decisions that the FHFA makes over the next months will give a feel for how the markets will act, and that something has to happen with the GSEs.

“We don’t think enduring conservatorship benefits any market participants. The only way to reduce government role is GSE reform,” he said.