Wells Fargo (WFC) reaffirmed at the Credit Suisse (CS) conference Wednesday that it expects mortgage origination volume will slide in the first quarter of 2014 compared to the fourth quarter of 2013, but the rate of decline should slow from what it has been.

During the fourth quarter, Wells Fargo’s residential mortgage originations were $50 billion, down from $80 billion in third quarter 2013.

“We also grew both net interest income and noninterest income during the quarter, despite a challenging rate environment and the expected decline in mortgage originations," he said. 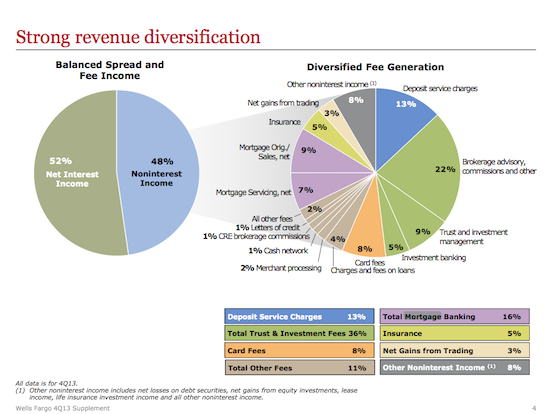 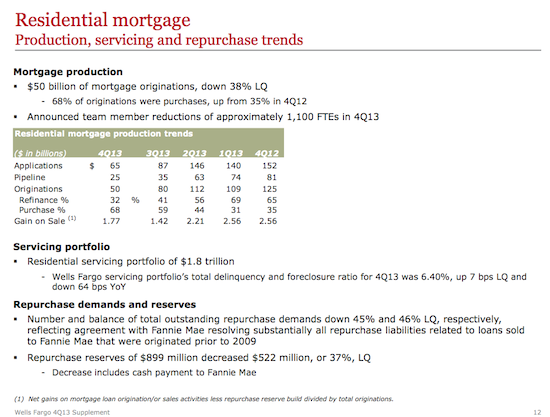 The company reached an agreement with Fannie Mae that resolved substantially all repurchase liabilities related to loans sold to Fannie Mae that were originated prior to January 1, 2009. Net mortgage servicing rights results were $266 million, compared with $26 million in third quarter 2013.